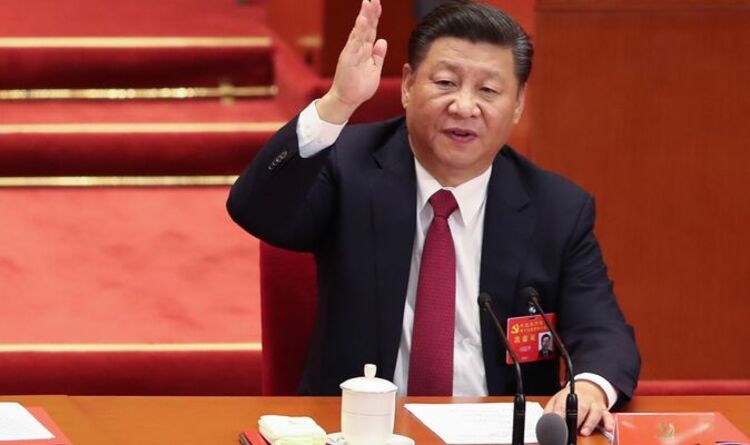 Canberra’s defence department reported a laser from a Chinese vessel illuminated a P-8A Poseidon surveillance aircraft on Thursday. The Beijing-based boat sailed east through the Arafura Sea, which is located in Australia’s Exclusive Economic Zone between Northern Australia and Western New Guinea.

Professor John Blaxland, from the Strategic and Defence Studies Centre, suggested China had never attempted this so close to the land Down Under.

Writing for the Conversation, he said: “From what we can ascertain, this is the closest an attempt at military intimidation by China has gotten to our shores.

“This is also not a tactic known to have been used by Australia against other nations’ naval vessels, particularly not close to or within China’s exclusive economic zone. So, this seems to be an escalation.”

He went on to tell ABC: “In the military context that kind of laser designation is all about the precursor act to a hostile firing of a missile or some sort of trajectory of a bullet or a machine gun or a gun.

JUST IN: Move into Poland! US embassy staff pulled out of Ukraine amid Russian invasion fears

“Let’s be realistic, that’s the exact precursor act to an act of war.

“It’s intimidatory behaviour and it’s designed to unnerve the pilots of this aircraft.

“It’s like you know you are a hair trigger away from being shot out of the sky.

“It’s pretty intimidating behaviour, there’s no question about it.”

However, Mr Blaxland claimed this was not the first hostile act taken by China.

He said: “They are within their rights to have their weapon systems and all their radar systems operating but actually choosing to point a laser at an Australian aircraft, it’s a hostile act.

“This is an industrial grade laser pointing, nothing like you have in the school classrooms.

“This is something that will completely blind somebody. Not only will it blind a human if they happen to look at it wrong time, wrong place, but it will also damage some of the important sensors on the aircraft.

“That can have potentially catastrophic effects on the aircraft itself … so this is not a benign act, it is genuinely adversarial behaviour, it is not appropriate.”

He said: “There’s obviously a pattern of conduct here that the Chinese government is ramping up, and they think through that intimidation that somehow the Australian government will cower – which, of course, we won’t.”

However, Beijing has hit back against Mr Dutton and his colleagues.

They even implied Scott Morrison, 53, used the incident as an excuse to criticise China.

Instead, Beijing has claimed Australia “failed to tell the public how close its aircraft flew near the Chinese vessels”.