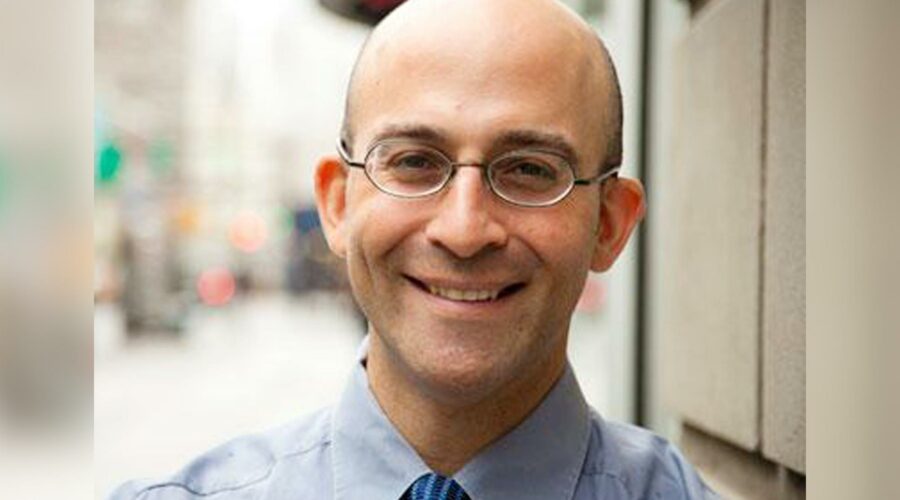 Doing her job? Reporter has sex during interview for swingers club segment

A former WNYC reporter is suing the radio station claiming he was given the boot after being falsely accused of plagiarism, according to new court papers.

Fred Mogul, an 18-year veteran of WNYC who covered healthcare and medicine, filed a defamation and wrongful termination suit on Tuesday in Manhattan Supreme Court following his termination on Feb. 5.

Mogul, 52, said he included two sentences of AP copy in a draft version of his story — not the published version, the court papers claim.

And since the draft included a credit to AP at the bottom — and the radio station subscribed to the news wire service — Mogul believed that he was following WNYC’s style guide, the court documents said.

The sentences in question were ultimately not included in the published version of the story titled “Cuomo Wants Rapid Testing to Reopen Sporting Events. Should he Consider COVID-Sniffing Dogs?” which ran on Jan. 28 on Gothamist.com. The news site and WNYC are owned by New York Public Radio.

Mogul claims he was defamed when Cooper told staffers in the meeting that he’d “signed his name on AP copy without having AP on the byline” and saying he “lifted another person’s words.”

Employees at the meeting also pointed out that it was commonplace at the media outlet to use AP copy and credit it in the story, the filing claims.

The suit says within a week after his termination, roughly 70 employees sent a petition to the CEO opposing the move and demanding that Mogul get his job back.

“Cooper summarily dismissed an 18-year veteran WNYC reporter, accusing him of plagiarism and deception, on the basis of two sentences of AP copy appearing in a draft unpublished story which he offered to rewrite which followed a link to the AP story and included an attribution tagline crediting AP, all in accordance with past practice in the WNYC Newsroom,” the suit charges.

Mogul says he doesn’t have a job and he’s been falsely labeled a plagiarizer.

Mogul initially filed a summons against NYPR on May 5. His civil complaint was filed Tuesday.

Mogul’s union also sued NYPR earlier this month claiming it violated a collective bargaining agreement by not paying Mogul severance and not going through the normal grievance procedures, according to a report by Current.org.

WNYC and a lawyer for the radio station did not immediately return requests for comment.

A spokesperson for NYPR said, “The lawsuit is meritless and NYPR will defend itself vigorously in court proceedings.”