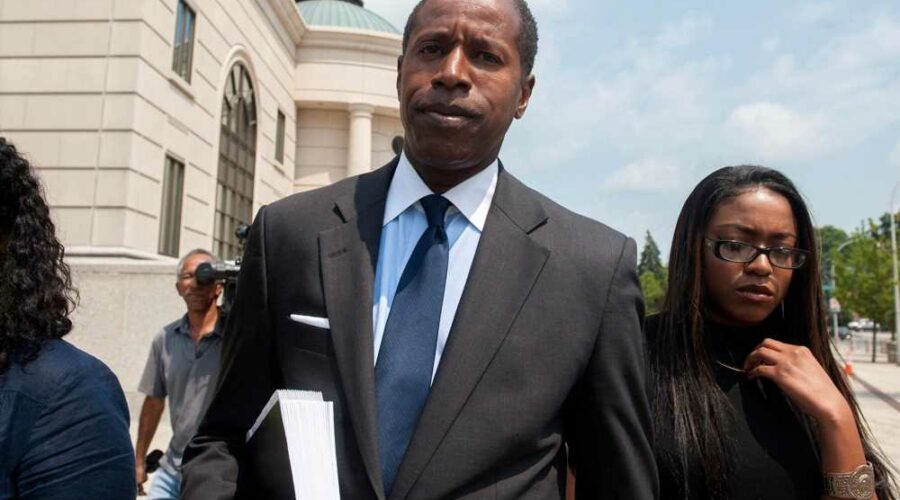 Former state Senate Majority Leader Malcolm Smith was quietly sprung early from prison last year — and is being allowed to complete the remainder of his seven-year public corruption sentence at his home in Queens, The Post has learned.

News of Smith’s home confinement comes after ex-Assembly Speaker Sheldon Silver was furloughed for a few days after having served less than a year of six-and-a-half year sentence for corruption — but was quickly ordered back to the clink by federal authorities.

The federal Bureau of Prisons said Smith, 64, was transferred from Lewisburg prison in Pennsylvania to “community confinement” on May 27, 2020, during the peak of the COVID-19 outbreak.

Law enforcement sources said it’s not unusual for the BOP to transition inmates to community supervision or home confinement near the end of their sentence.

Smith is back at his home in Jamaica, Queens, and was outside wearing a bathrobe and watering his lawn Sunday morning.

“Malcolm is home. I spoke to Malcolm and I spoke to his wife,” said Queens Assemblywoman Vivian Cook. “He’s doing fine.”

Another pal who spoke to Smith said, “Malcolm sounded terrific. He’s a man of faith,”

The Manhattan US Attorney’s Office, which prosecuted Smith, declined comment.

Smith, a Democrat who represented southeast Queens in the state Senate, was convicted of corrupting the political process by trying to buy his way onto the Republican ballot in a scheme to become mayor of New York City in 2013.

He was done in when he unknowingly turned to Moses Stern — a crooked Rockland County developer turned cooperating federal witness — as well as another man Smith thought was a developer but who was actually an undercover federal agent.

Smith pushed both for money to aid in his mayoral dream by steering funds to city Republican Party officials.

In turn, Smith promised them $500,000 in transportation funds for a project in Spring Valley.

Smith was the first black senator to serve as majority leader in 2009. But his tenure was brief and largely a bust, racked by divisions and a bid-rigging scandal involving the Aqueduct casino.

Smith was toppled from one of Albany’s three most powerful posts during an ugly coup organized by Dem. Sens. Pedro Espada and Hiram Monserrate — both also subsequently convicted in separate public corruption schemes.

Following the chaos, the Democrats lost control of the Senate in 2010, which they won back in 2018.