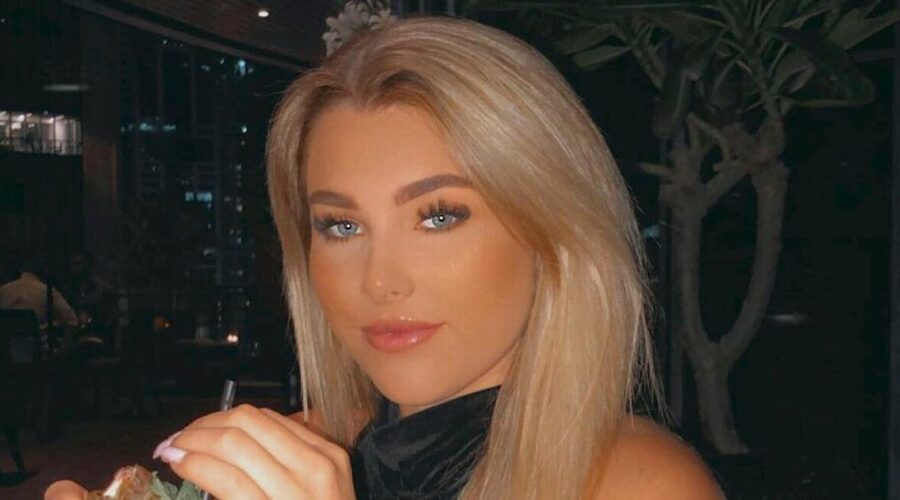 The ex-Charlton Athletic player left the UK for the United Arab Emirates after Christmas, sharing her glamorous travels on social media.

But as well as Instagram she also launched an OnlyFans account on January 5 and shared her raunchy antics from Dubai.

At the end of February, the 22-yer-old swapped the Middle East for Mexico and treated her 262,000 Instagram followers to more sandy beach pics.

Now however, Maddie has confirmed her travels are over, sharing a video of her ultra modern open plan kitchen with a quick glimpse of a hot tub outside too.

She wrote on the story "Home Sweet Home".

Fans will be hoping the footie player has plenty more holiday photos to share after getting used to the sight of her on boats, quad bikes and on nights out.

Life in lockdown Britain is unlikely to offer quite the same level of excitement.

Things might not be so stale away from Instagram for Maddie, whose OnlyFans subscription service has the tagline, "Angel face. Devil thoughts”.

Other posts have included: "Hey guys , I've had ALOT of private feet request pics ……If this is something you'd like to see DM moi xxxx."

And captioned another snap: "I like my bed, but I’d rather be in yours."

The UK government sparked a panic in January for holidaymakers in Dubai as the state was to be added to the travel red list in light of growing coronavirus concerns.

But like many influencers sunning it up abroad, Maddie refused to rush home and instead opted to switch up her surroundings with a flight elsewhere a month later.

Mexico has some of the easiest entry requirements for foreign visitors around the world despite the coronavirus pandemic, according to CNN.

Tourists do not have to submit negative Covid-19 test results, while there is also no mandatory quarantine when entering the country.

Now back home, Maddie has not announced whether or not she intends to get her football career back on track when lockdown rules relax to allow it.

Maddie was released by Charlton after footage, obtained by Daily Star, appeared to show her appearing to inhale laughing gas and swig champagne at the wheel.