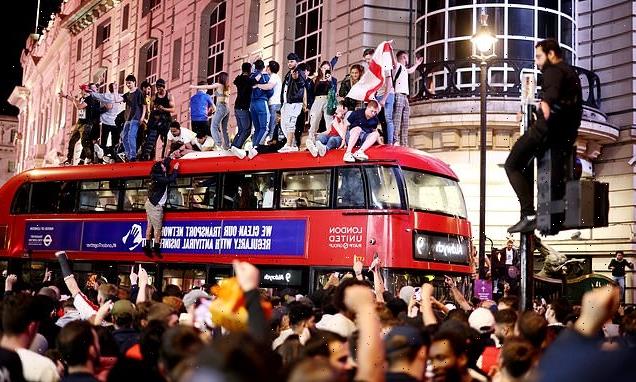 Partying football fans have fuelled a 56 per cent surge in Covid cases over the past week.

Around one in 45 people aged 16 to 24 now have the virus as infections spread rapidly in younger adults.

This group, few of whom are fully vaccinated, has led the celebrations of England’s Euro 2020 success.

Cases among young adults are ten times higher than in adults over the age of 50, random testing by the Office for National Statistics found. 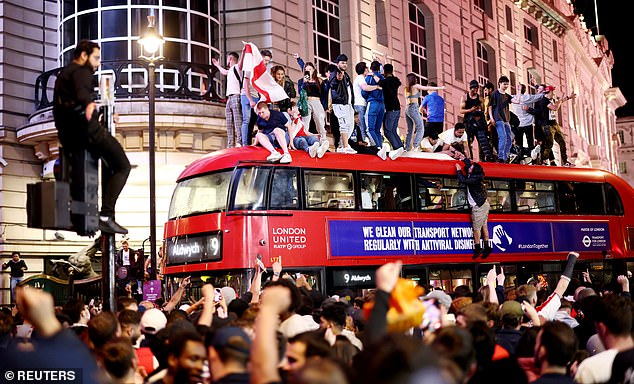 Around one in 45 people aged 16 to 24 now have Covid. This group has led the celebrations of England’s Euro 2020 success. Pictured: Fans gather for England v Denmark at Piccadilly Circus

But infections are also rising among older age groups, and are at their highest level since February.

Although 58 per cent of Indian variant cases have been in unvaccinated adults, most deaths have been older people who’ve had at least one jab.

Experts said a fully vaccinated 60-year-old was still at higher risk of dying from Covid than an unvaccinated 30-year-old.

The weekly ONS survey of random swabs on 150,000 people is seen by ministers as the epidemic’s most reliable measure. 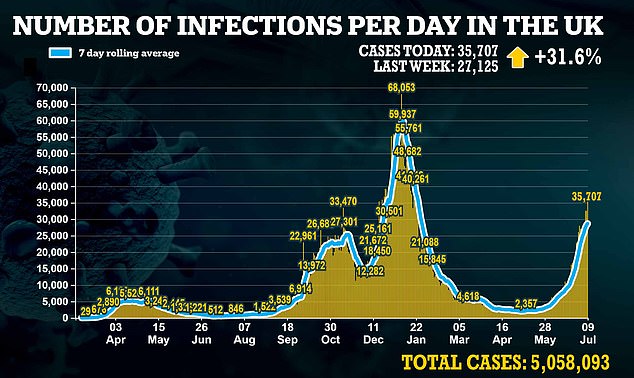 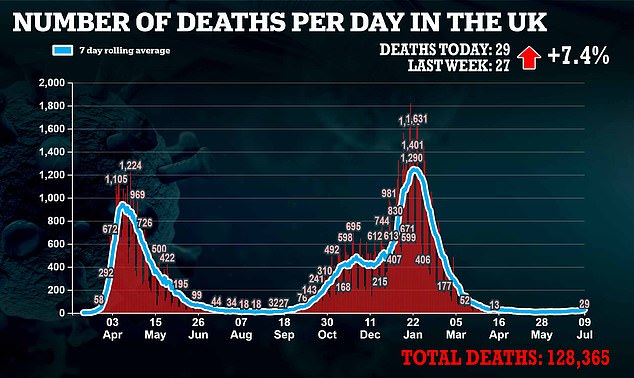 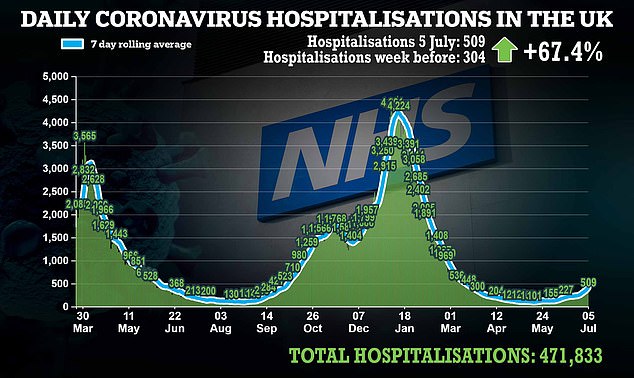 In the week to July 3, one in 170 people in England tested positive, up 56 per cent from the week before.

Professor Paul Hunter, of the University of East Anglia, said: ‘It is difficult to escape the conclusion that celebrations around the Euros have been an important factor.

‘This may mean less pressure after the Euros are over. Many more younger males will have some degree of immunity from natural infection.’

Another 35,707 cases and 29 deaths were recorded yesterday. Weekly hospital admissions are up 55 per cent, with 2,731 patients in NHS hospitals.