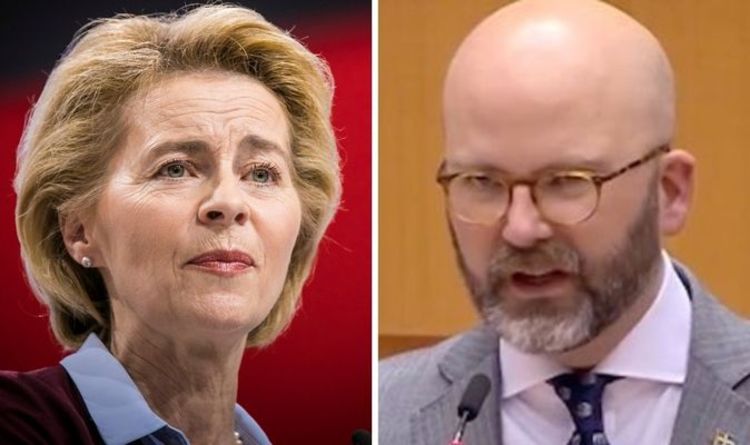 Bitter divisions have continued to grow within the bloc, as member states turn on the European Commission for its handling of the coronavirus vaccine rollout, trade deal negotiations and its relationships with non-EU nations. In recent months, the Commission – led by President Ursula von der Leyen – has been heavily criticised by some nations including Sweden for agreeing in principle an investment deal with China. Sweden has long had a major issue with Beijing, particularly its record on human rights, and took aim at China by kicking out its Huawei and ZTE tech firms from supplying 5G infrastructure.

Prior to this deal in principle being announced, Sweden also fired a series of shots towards the EU for its handling of the Brexit trade talk negotiations.

After years of wrangling, the deal with the UK was confirmed on Christmas Eve last year, but the discussions proved to be a long and drawn out affair.

And in November, European Conservatives and Reformists Party (ECR) MEP Charlie Weimers, from Sweden, outlined how despite his belief a deal would eventually be struck before the December 31 deadline, the interests of Stockholm’s relationship with the UK had to be considered. 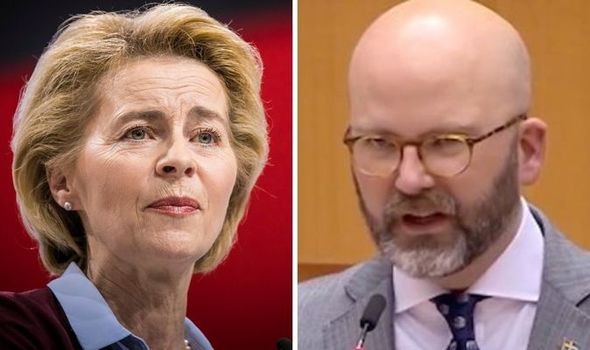 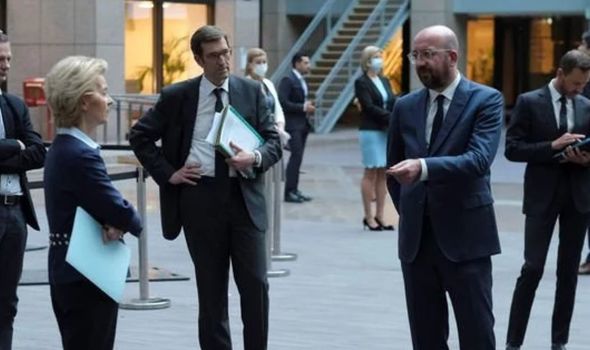 Speaking during an online Brexit debate in the European Parliament, Mr Weimers said: “I just hope an adult will stand up in the room and point out the broader EU interests in all this.

“Sweden is among those very dependent on the UK on trade. There could be a fudge but that is the typical way of doing things for the EU but if that happens it could leave a sour taste for years to come.

“Another thing to consider is if a successful Brexit will inspire others to consider leaving the EU. Of course, nothing could be worse for the EU.”

Threats of Sweden quitting in the wake of the Brexit referendum in 2016 have always been lurking in the shadows of Stockholm, particularly given its close bond with the UK. 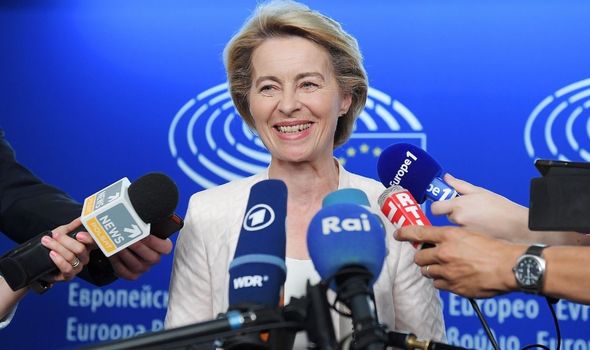 Both share similar attitudes towards the bloc, and the eurozone, and between 2009 and 2015 voted the same way in around 89 percent of EU matters.

The two nations even successfully led a charge to secure the first ever EU budget cut back in 2013.

In the aftermath of the UK’s decision to back Brexit, David Wemer – a Europe Fellow at Young Professionals in Foreign Policy – also noted how Nordic nations in particular could join Britain outside the EU.

He detailed that the UK was “one of the biggest voices” inside the bloc, and that without Britain’s opposition, “Germany, France, Italy, Spain and others may decide that more political and economic integration is the only solution to fight populism and that ‘flexible’ membership must be abandoned to achieve this end”. 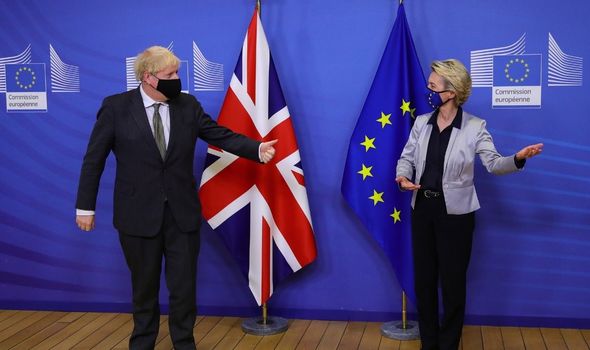 Writing in the Diplomatic Courier in 2016, he added: “Facing political isolation without the United Kingdom and feeling pressure to cede more sovereignty to Brussels, Swedish political elites may look to leave the Union.

“In the United Kingdom, it was ultimately an alliance between populist anger and conservative elite opposition to an ‘ever closer union’ that won the referendum. This scenario could easily be repeated in Sweden, Denmark, and even the new Eastern European states.

“Perhaps more concerning, a gridlock between integrationist and anti-integration member states could cripple the already dysfunctional EU system, further deteriorating support for the Union throughout the continent.”

Cathrine Danin – a senior analyst for Stockholm’s leading financial institution Swedbank – also claimed there was reason to believe that her country could follow a similar path to Britain.

Among the concerns Ms Danin – who was speaking before the Brexit vote – had, was a fear Sweden could lose its influence in the EU without Britain by its side. 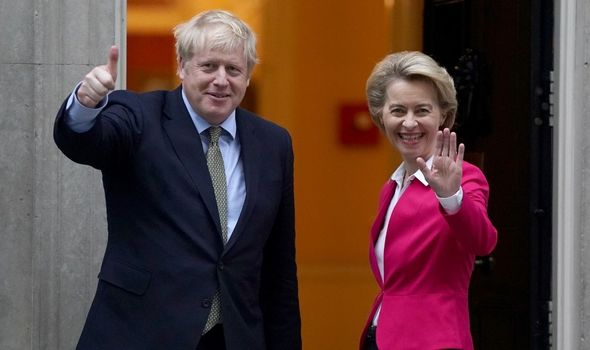 This in turn, Ms Danin argued, could also see Sweden join the eurozone.

In a report regarding the financial implications Brexit could have for Sweden, Ms Danin noted that some countries already in the euro “prefer deeper integration” and that the UK quitting Brussels “could isolate nations like Sweden”.

She added: “This could force Sweden to seek closer relationships with the UK, Norway and possibly Denmark at the expense of the EU.

“In the medium to longer term, therefore, we might expect a more fragmented Europe that will develop at different speeds.”

When Brexit was being discussed in the UK, a poll by TNS Sifo in Sweden found that 36 percent would be in favour of Stockholm quitting the EU, while 32 percent were against.

It was also revealed that 90 percent of people also thought Brexit would be a bad thing for the bloc – and in particular Sweden.

Per Tryding, deputy chief executive of the Chamber of Commerce and Industry of Southern Sweden claimed a Brexit vote would make Sweden look differently at the UK, a nation it “holds up as a role model”.

He said “Swedes are a little bit in love with the UK”, but after Brexit “the rules of the game will be unknown”, adding: “What are the real conditions if we do business with or invest in Britain in future?

“That insecurity will make people shy away from investment.”

07/06/2021 World News Comments Off on EU on brink: Swexit threat ignited as bloc ‘could leave sour taste’ in Sweden for years
Markets