BRASILIA (Reuters) – Brazilian Justice Minister Sergio Moro said on Wednesday that a criminal organization was responsible for leaks of his private messages as a federal judge, which raised questions about his ethics while overseeing a major corruption probe. 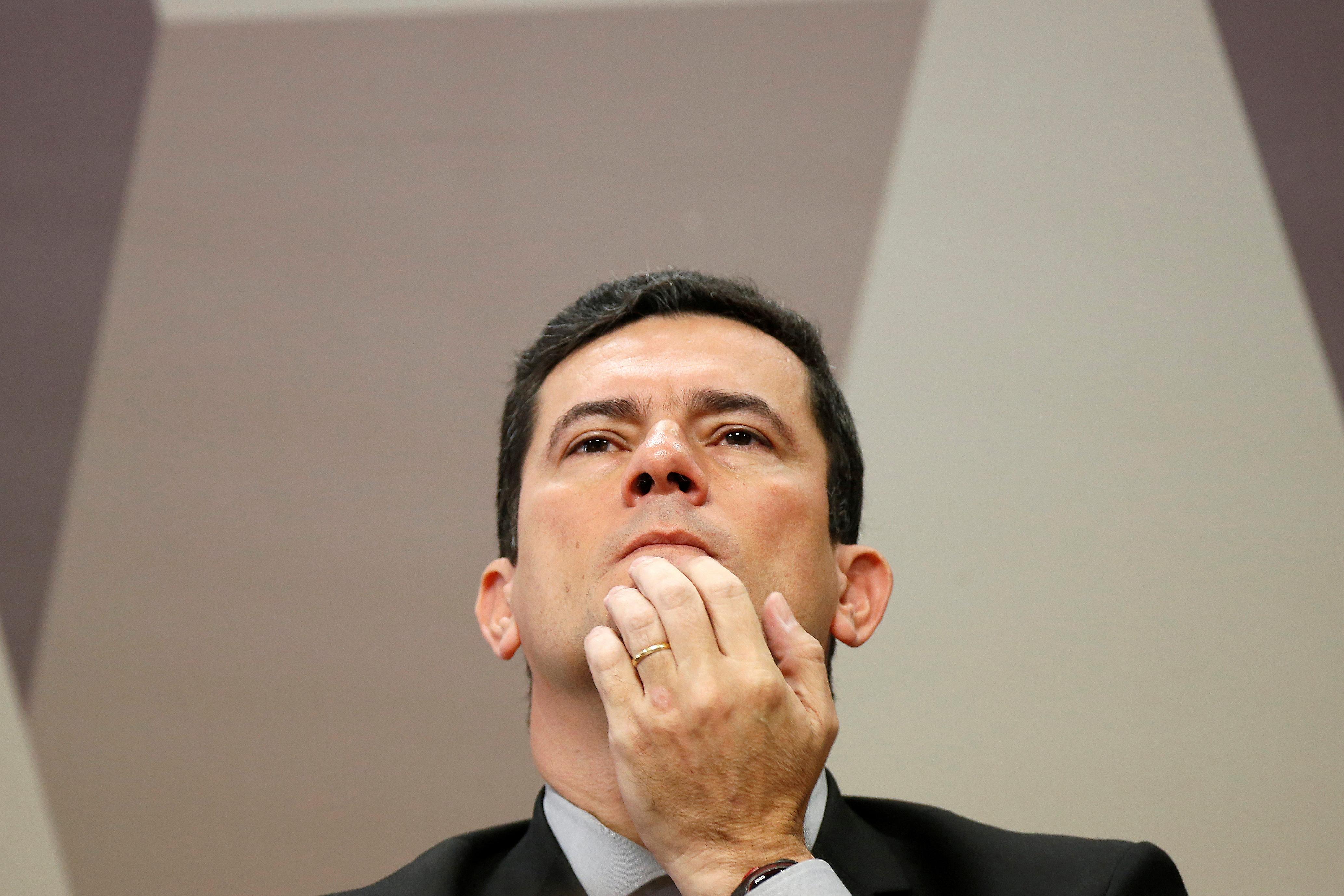 Moro is facing calls for his resignation after text messages published by news website The Intercept allegedly showed he pushed prosecutors to turn public opinion against former president Luiz Inacio Lula da Silva, who was convicted of bribery last year.

In Senate committee testimony on Wednesday, Moro questioned the authenticity of the messages attributed to him, adding that some may have been doctored by those seeking to overturn convictions in the record-setting “Car Wash” corruption investigation.

When The Intercept first published its stories on the matter, Moro had said he did not see anything ethically amiss with the messages and did not suggest that any of the leaked messages had been doctored.

Moro has said from the beginning of this scandal that he had nothing to hide. On Wednesday he blamed organized crime for what he called a hacking attack.

“They are doing this to undermine the anti-corruption drive, which was not an achievement by me or prosecutors, but by Brazilian society,” he said. “I have nothing to hide.”

But Senator Fabiano Contarato, a former police investigator, said that while he thinks Car Wash was a “parting of the waters” when it comes to helping end impunity for the rich and powerful, “the ends do not justify the means,” and that “every Brazilian deserves a trial overseen by an impartial judge.”

“As a police investigator, if I had contact with the lawyers of those being investigated, and that prosecutors or a judge learned that fact, I would have ended up being arrested in the police precinct that I was in charge of,” Contarato said during Moro’s hearing.

Moro said he always acted within the law during “Car Wash,” which he oversaw until last year. In November, he became justice minister under right-wing President Jair Bolsonaro, who won the presidency after Lula was barred from running due to his conviction.

Moro has said he will not resign, and Bolsonaro has said there is “no chance, zero” of Moro being forced out.

The texts, allegedly exchanged over the Telegram messaging app, appear to show Moro suggesting to prosecutors in May 2017 that they mount a public campaign against Lula, the defendant whom he was judging.

Lula’s lawyers demanded a retrial, saying the messages raised doubts about Moro’s impartiality in the trial that led to a 12-year prison sentence for Lula.

Lula’s was the highest-profile conviction in what U.S. prosecutors have called the world’s largest graft investigation, which has brought down scores of businessmen and politicians in Brazil and across Latin America since 2014.