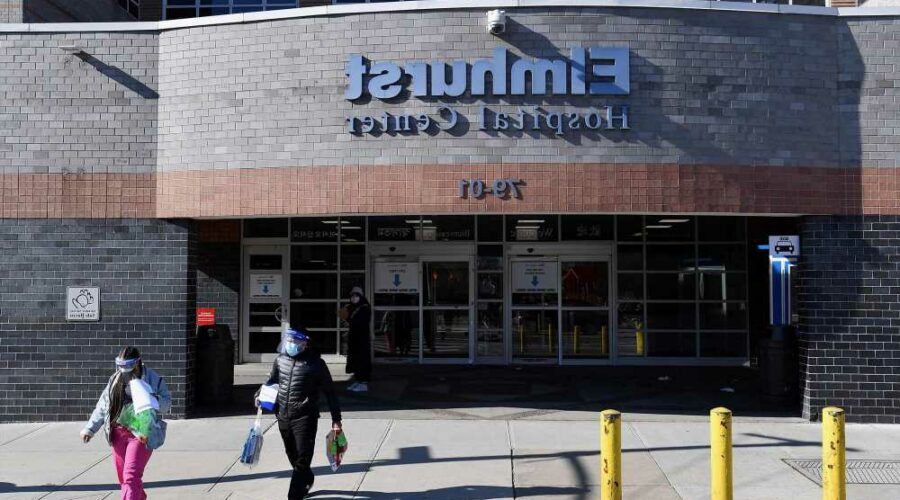 A 75-year-old Asian woman was socked in the face and left with a broken nose in Queens early Thursday, police sources said.

The elderly victim was walking on 57th Avenue near 97th Place in Corona at 3 a.m. when a man suddenly slugged her, the sources said.

She was taken to Elmhurst Hospital Center with a broken nose and has since been treated and released, according to the sources.

It was unclear whether the assault was being considered a hate crime. The motive was not known.

Sources on Thursday also gave details on an alleged hate-crime incident from May 19.

A 24-year-old man was inside the 34th Street-Herald Square station when a male stranger snarled, “You are Chinese, aren’t you? Give me your s–t. This is black people territory. I will slit your throat,” the sources said.

The victim fled and was unharmed, according to the sources.

The incidents came amid a recent surge in anti-Asian violence across the Big Apple and beyond.

Mayor Bill de Blasio announced in a Thursday press conference that the city would be making a $3 million investment in community organizations to combat hate but didn’t offer additional details.

“We need to redouble our effort to combat hate,” the mayor said. “Fighting hatred, these hatred and bias crimes goes against everything we are as New Yorkers … hatred has no place here.”

“We can’t just do it with policing,” he said. “We need to do it with communities and partners on the ground.”