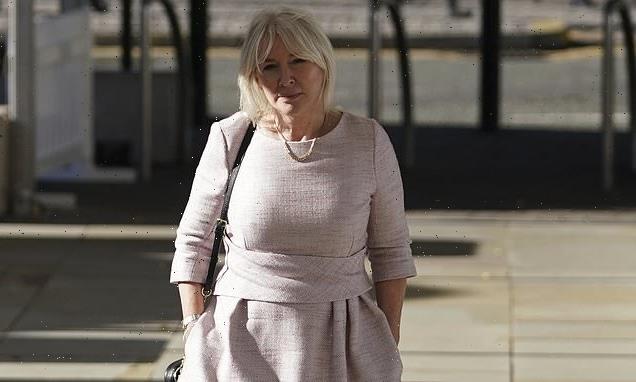 Bradford, Cornwall and Derby are among long-list of areas battling to be crowned UK’s 2025 City Of Culture

Eight areas are set to be handed £40,000 each to bid to become the UK’s next City of Culture and provide a ‘creative catalyst for change’.

Culture Secretary Nadine Dorries said the focus of the competition this time around was ‘levelling up access to culture across the country’ as the longlisted entries in the race were revealed.

Some 20 areas put bids forward but only Armagh City, Banbridge and Craigavon, Bradford, Cornwall, County Durham, Derby, Southampton, Stirling and Wrexham County Borough will battle it out to become UK City of Culture 2025, taking over the accolade from Coventry. 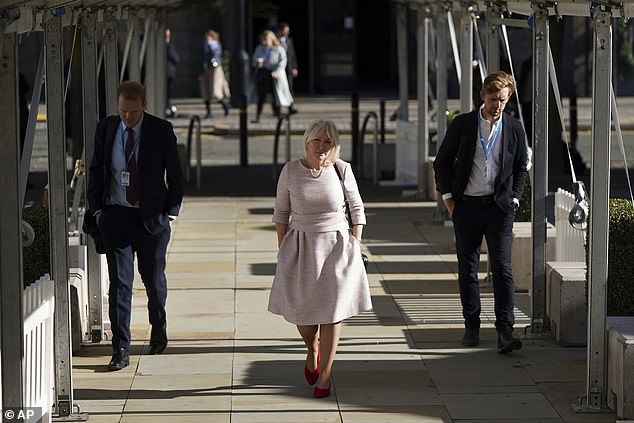 Culture secretary Nadine Dorries, centre, said eight areas of the UK will be handed £40,000 each to develop their proposal to become City of Culture in 2025 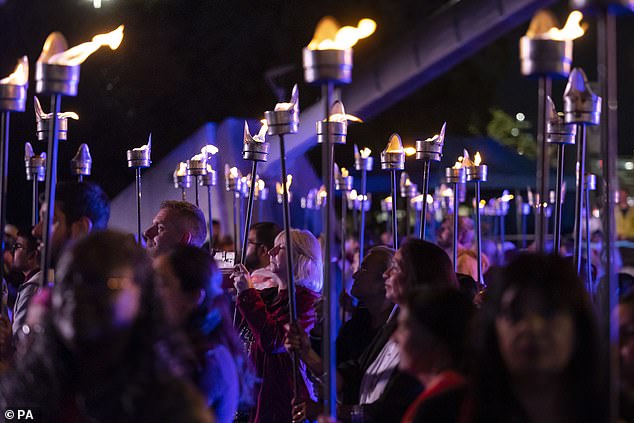 Coventry is the current UK City of Culture, which has events such as this Ceremony of Light procession at the city’s Millennium Place

For the first time, those on the longlist will be able to access £40,000 each to develop their full application ahead of a shortlist being announced early next year.

Ms Dorries said: ‘Winning the UK City of Culture competition has a hugely positive impact on an area, driving investment, creating jobs, and highlighting that culture is for everyone, regardless of their background.

‘This year’s focus is on levelling up access to culture across the country and making sure there is a legacy that continues for generations to come. I look forward to seeing what this brilliant longlist has in store as they continue in the competition.’

All the bids were asked to include information on how they intended to use culture to recover from the coronavirus pandemic, as well as how they would use culture to grow and strengthen their local area.

Sir Phil Redmond, chairman of the City of Culture expert advisory panel, said: ‘The expressions of interest stage was introduced as an opportunity to encourage many more places to experience the benefit of coming together to define and share a cultural vision for their areas, and what the longlist demonstrates is the range and depth of cultural ambition across the whole of the UK.

‘Also for the first time, each longlisted city will receive financial support to help them develop their vision. Each is different. Each has its own story to tell. All share a common aim: to demonstrate how culture can act as the creative catalyst for change. I am really looking forward to seeing how each story develops.’

Ms Dorries will also host a roundtable with all unsuccessful bidders to discuss how best they can be supported.

Scotland Office minister Iain Stewart said: ‘I’m particularly pleased that Stirling is in the running for this prestigious award. With its fascinating history and vibrant creative scene, it’s a strong contender for the title.

‘The list of cities announced today is testament to the outstanding creativity and culture across the UK. I look forward to seeing proposals develop as Stirling strives to bring the UK City of Culture to Scotland for the first time.’

Northern Ireland Secretary Brandon Lewis said: ‘I am delighted that Armagh City, Banbridge and Craigavon, and Northern Ireland, continues to be represented in the longlist for the prestigious UK City of Culture 2025 title.

‘Northern Ireland has a wonderful heritage in this competition, with Derry-Londonderry being a previous winner in 2013. I have no doubt that Armagh City, Banbridge and Craigavon will showcase the very best of what Northern Ireland has to offer the UK.

‘I wish the bid every success ahead of the final decision next year.’

Welsh Secretary Simon Hart added: ‘In a fantastic field of UK City of Culture bids, Wrexham has done extremely well to fly the flag for Wales by reaching the longlist.

‘I wish them every success as they seek to become the first Welsh holder of the UK City of Culture title with all the opportunities it will bring to an area of huge cultural pedigree which contains the World Heritage Pontcysyllte Aqueduct, one of the world’s oldest football clubs in Wrexham FC and the Stiwt Theatre.’