EERIE photos showing a farmhouse which has been left untouched for decades have been released.

Unread newspapers from the 1950s and abandoned kids' toys were found in the 'time-capsule' home – suggesting no one has stepped inside for almost 70 years. 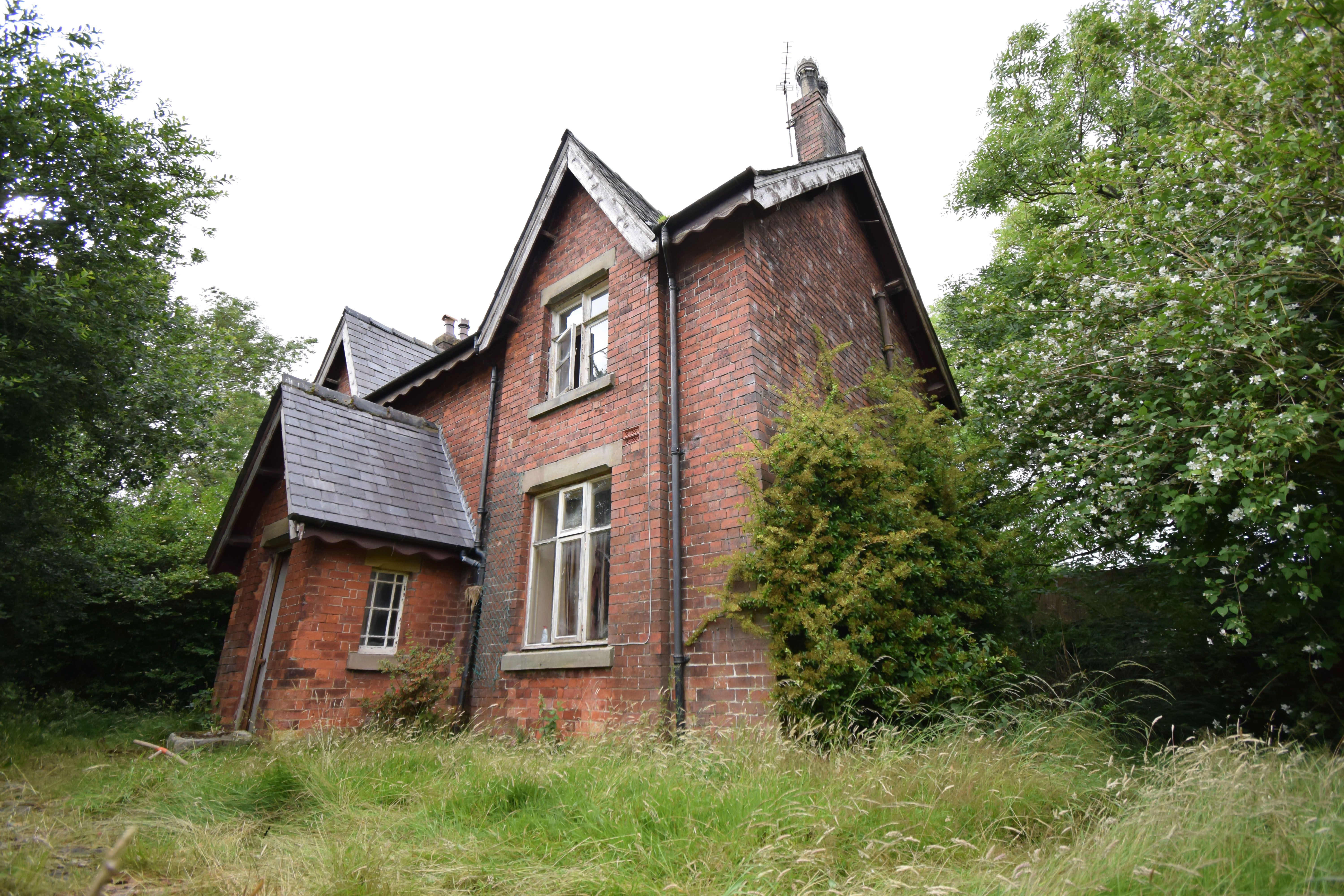 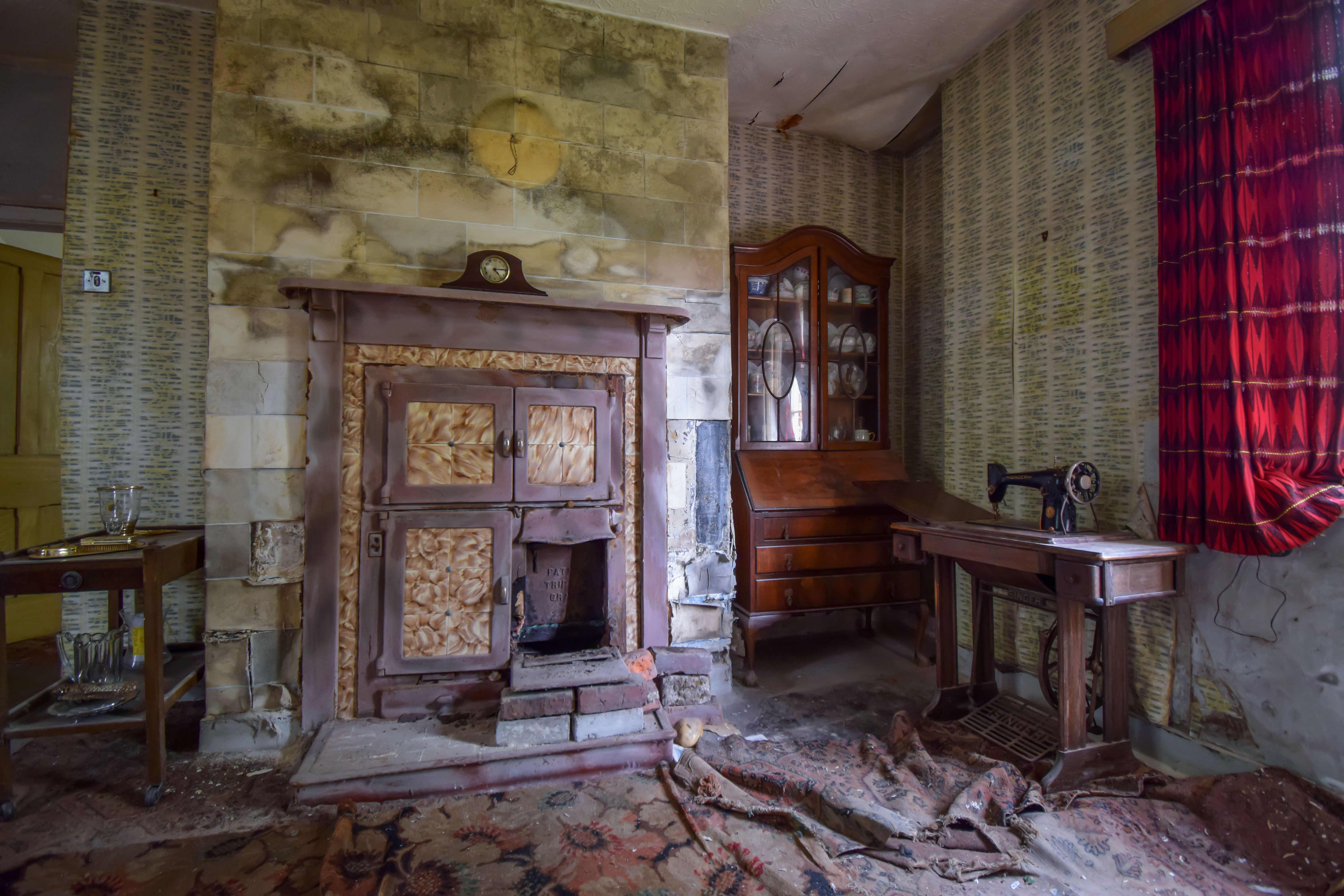 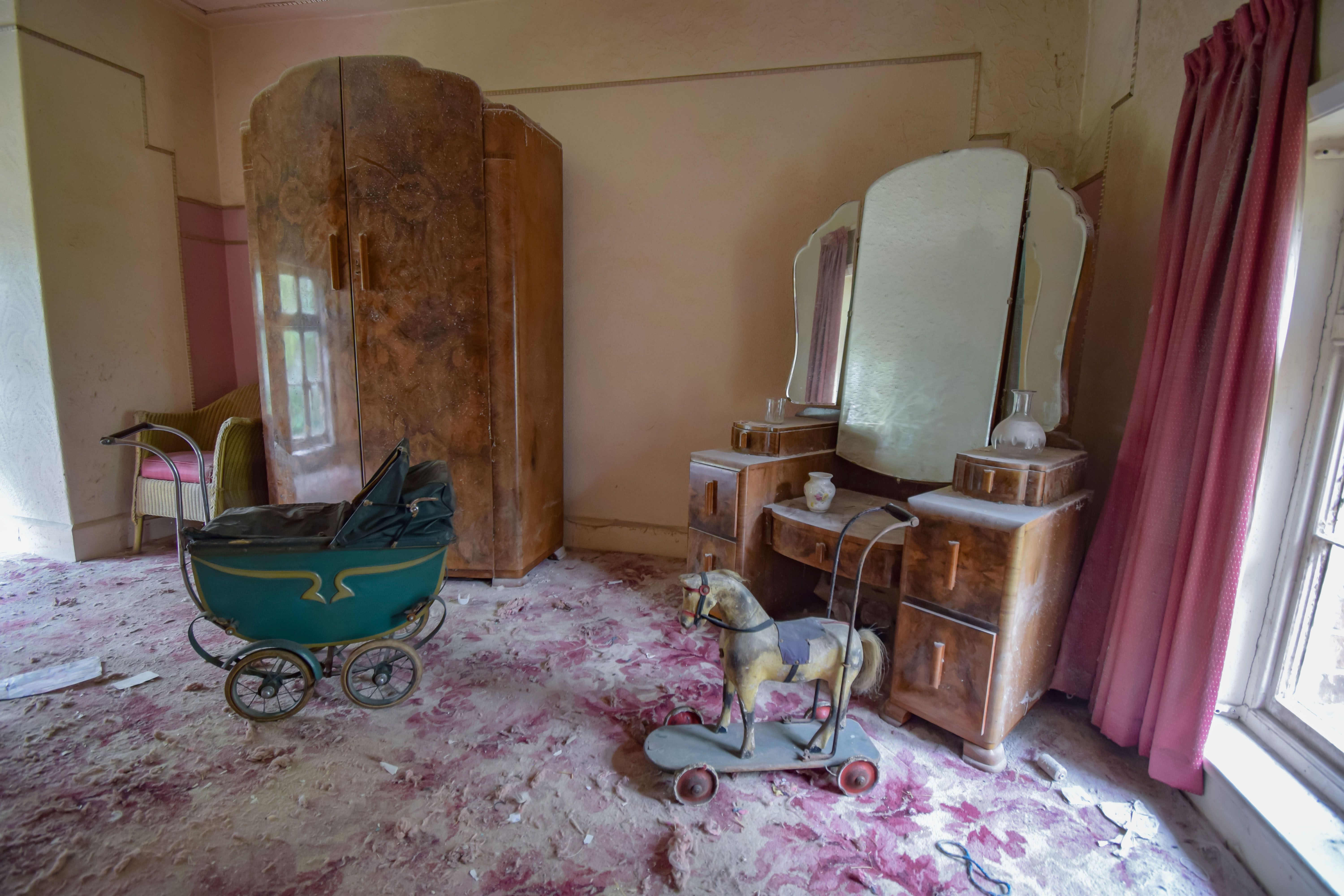 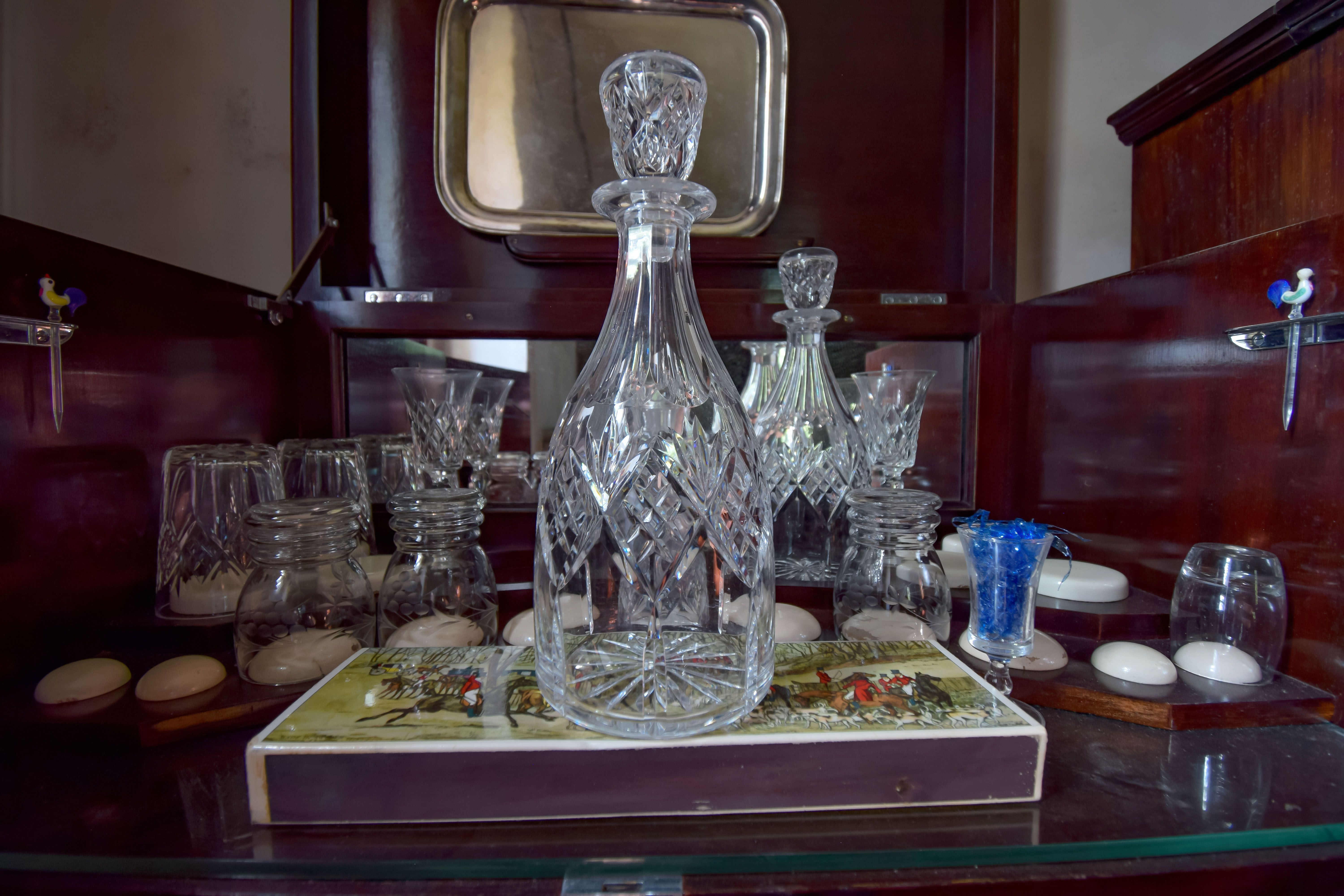 The countryside property appears to have been deserted, with grass in the grounds left to grow wild.

Over the years, fireplaces have crumbled, while sunlight has bleached the wallpaper and carpets.

An urban explorer discovered papers from May 1953 as he wandered the rooms.

In a deserted children's playroom, a horse toy and a pram stand unused and covered in dust.

Elsewhere, a crystal decanter and matching glasses stand on a tray decorated with a hunting scene.

And in a living room, a Singer sewing machine stands beside a display cabinet made of dark wood.

Much of the furniture is typical of post-war tastes. 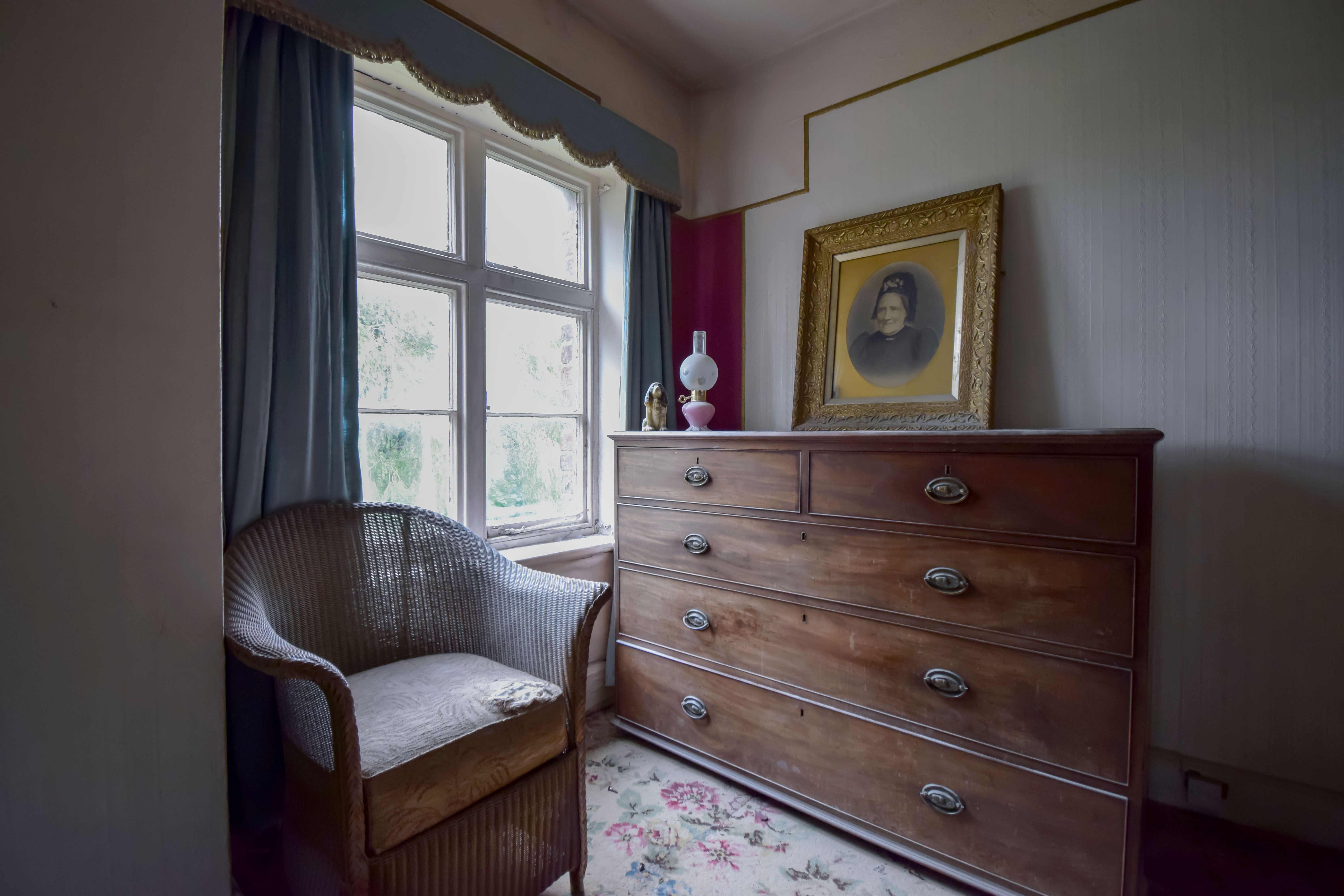 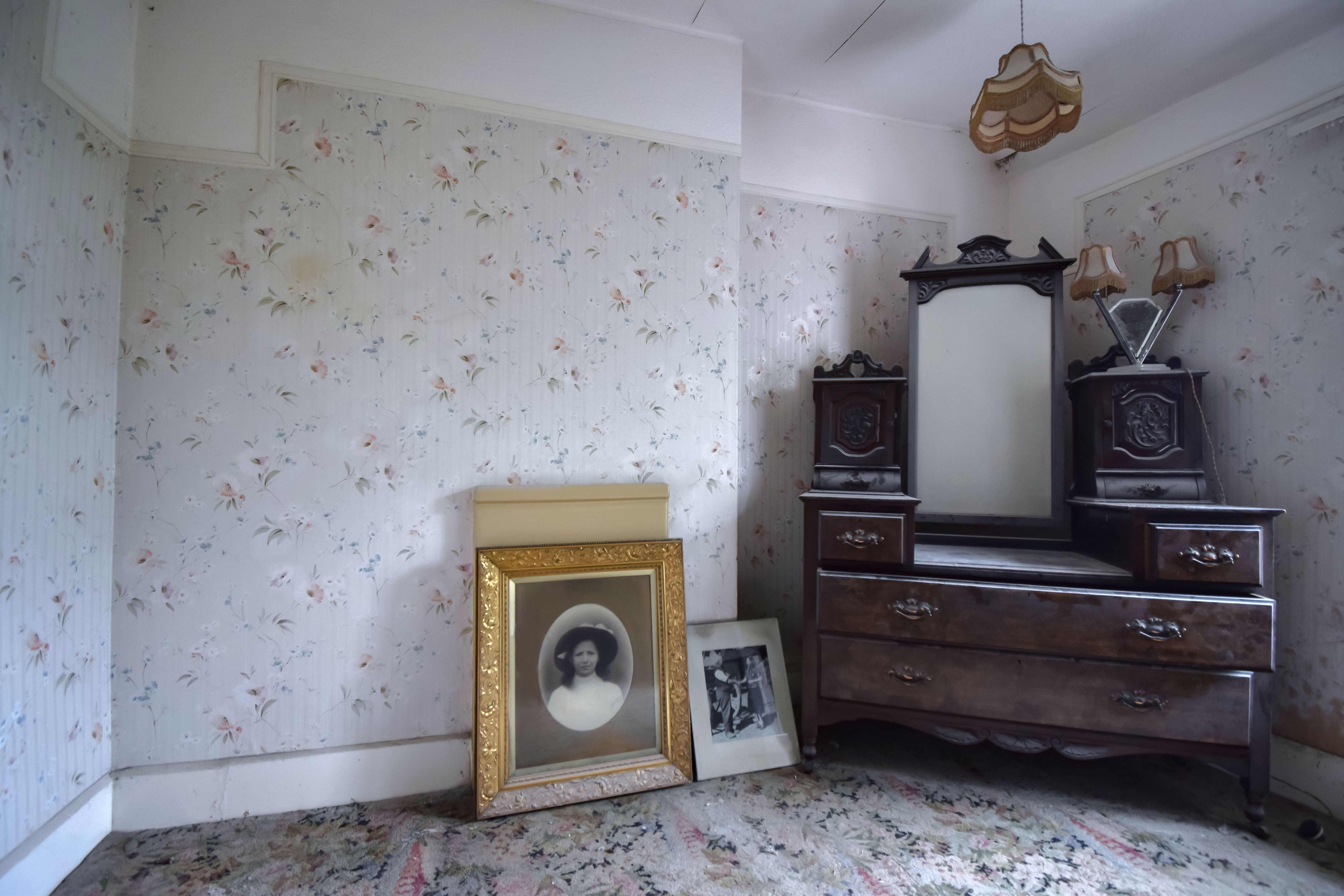 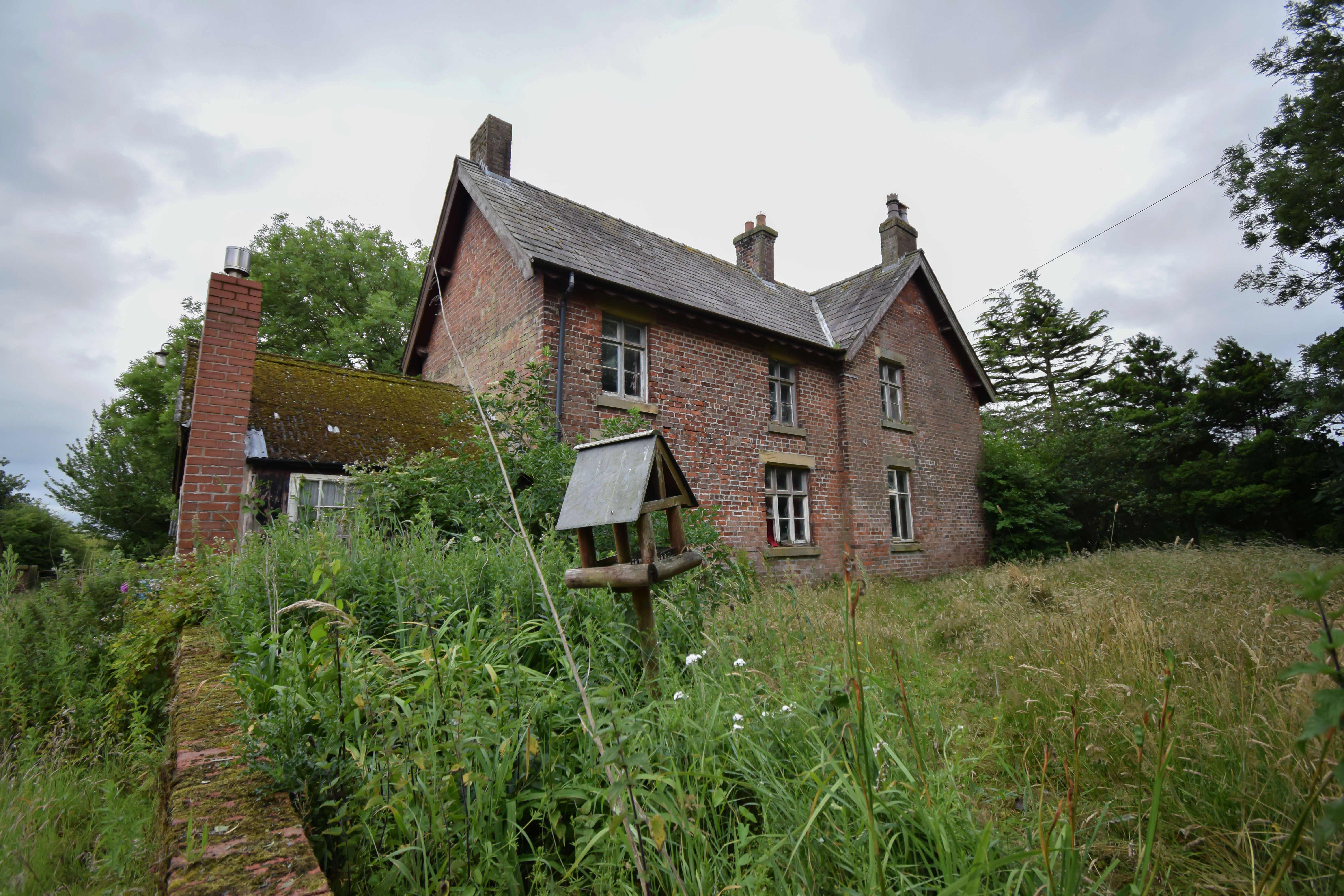 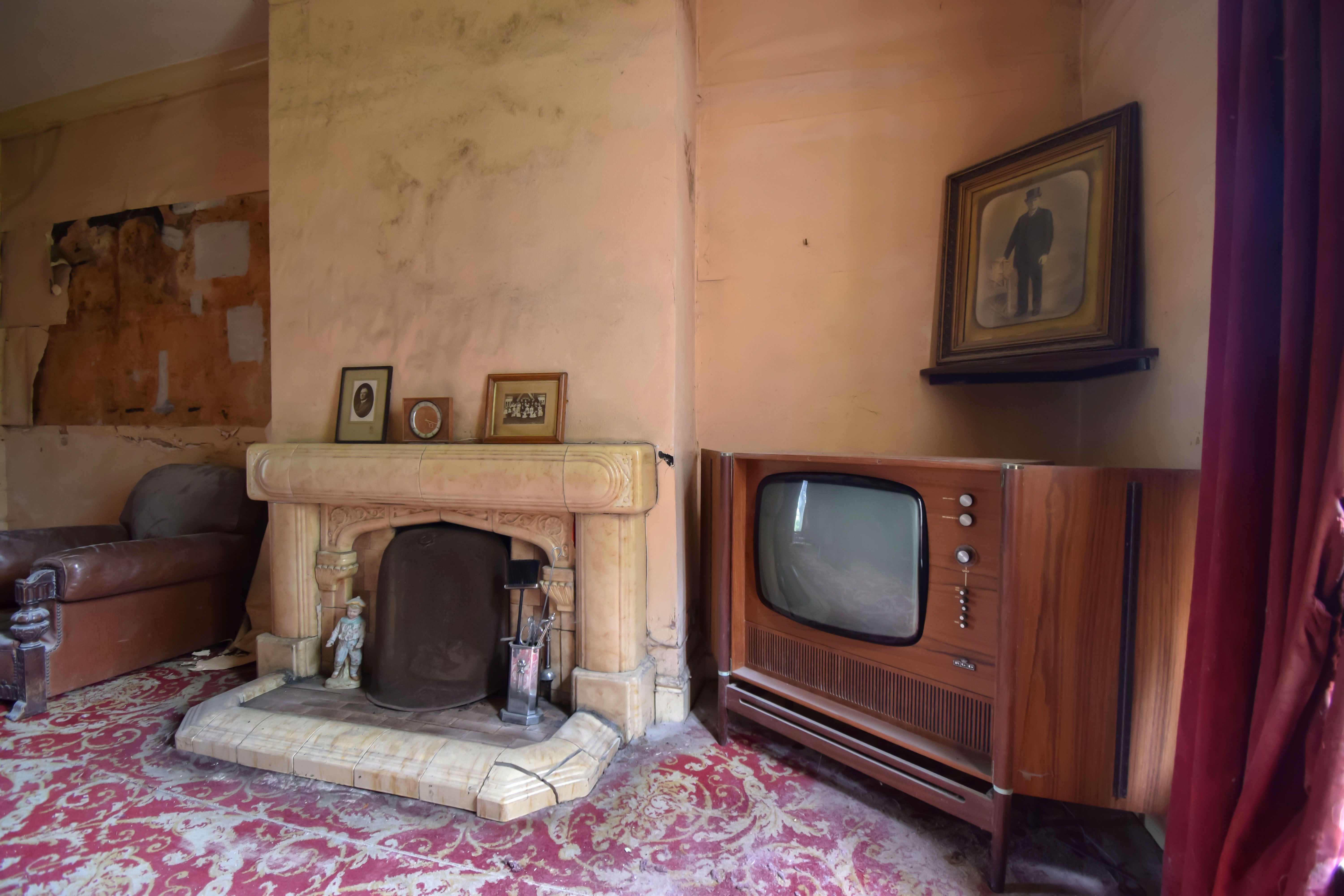 The carpets are decorated with a floral pattern, while windows are draped with blue curtains that hang to the floor.

The farmhouse was built in the 1880s by architect Thomas Thornton.

It stands on the outskirts of Fleetwood in Lancashire.

The property is believed to have been deserted amid a family feud between two brothers who were banned from the property by other relatives after the death of their mother.

Dean Slader, 32 and of Lancs, captured photographs inside the home

He said: “I’ve been all over the UK with my photography.

“This one was fascinating. 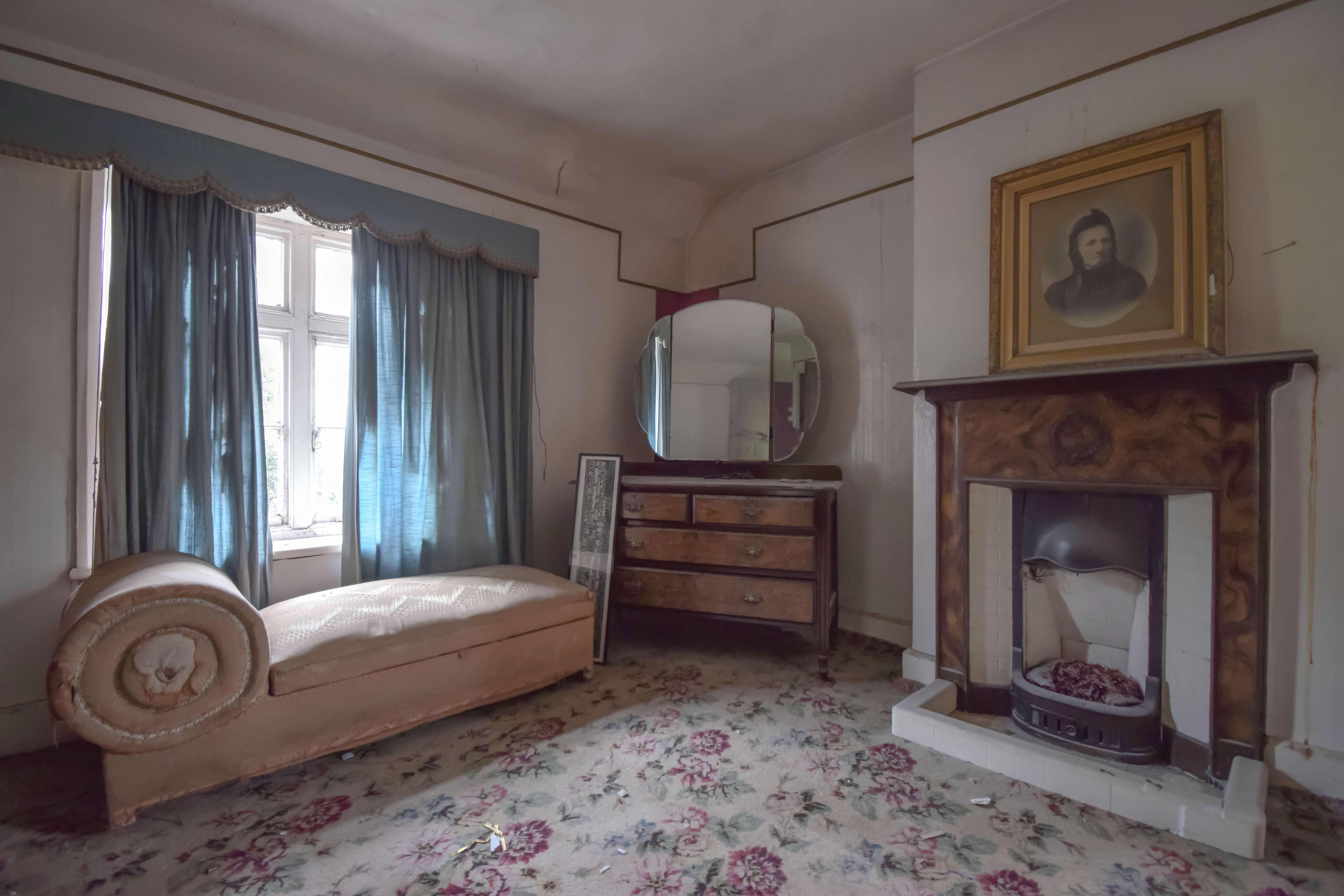 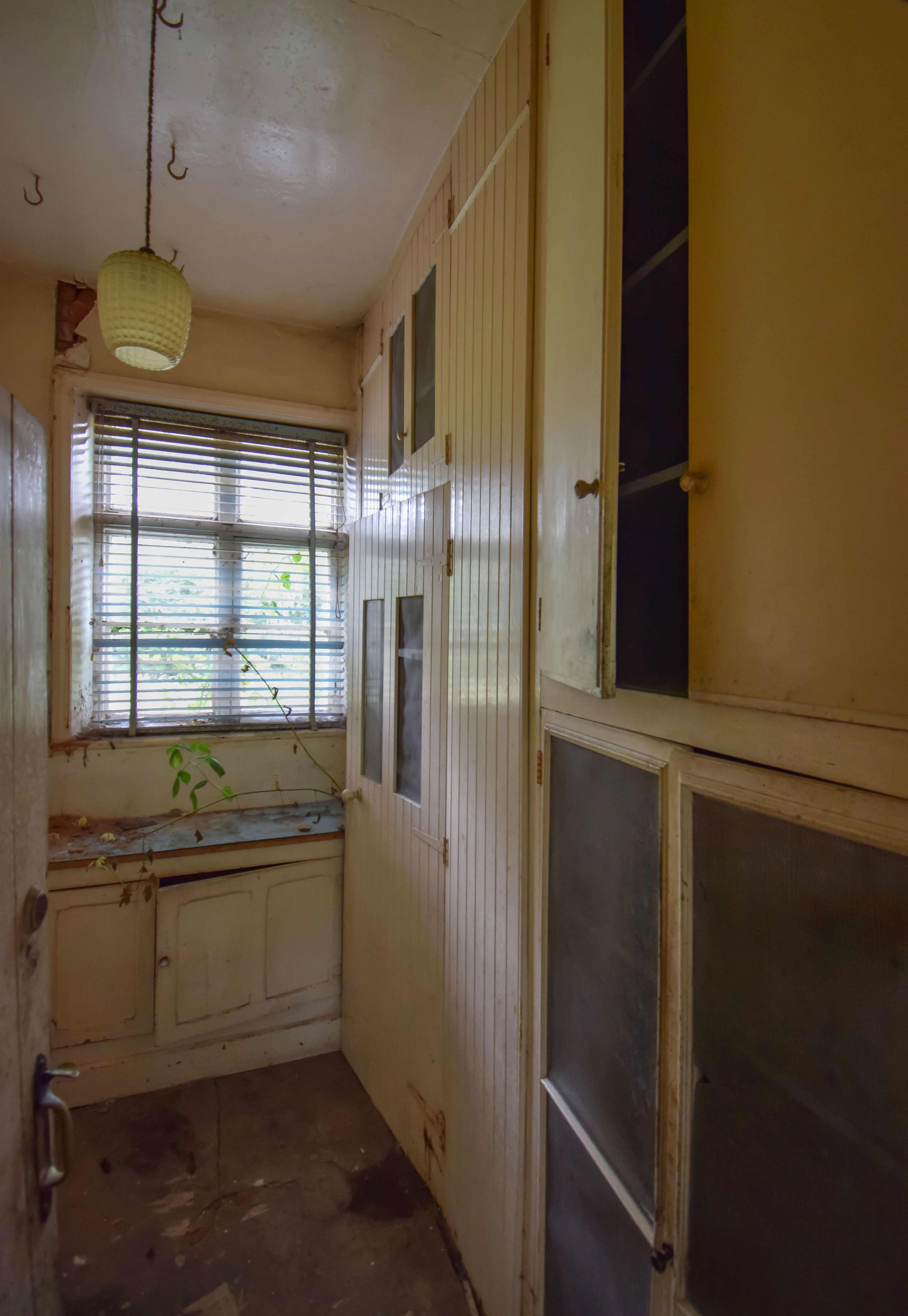 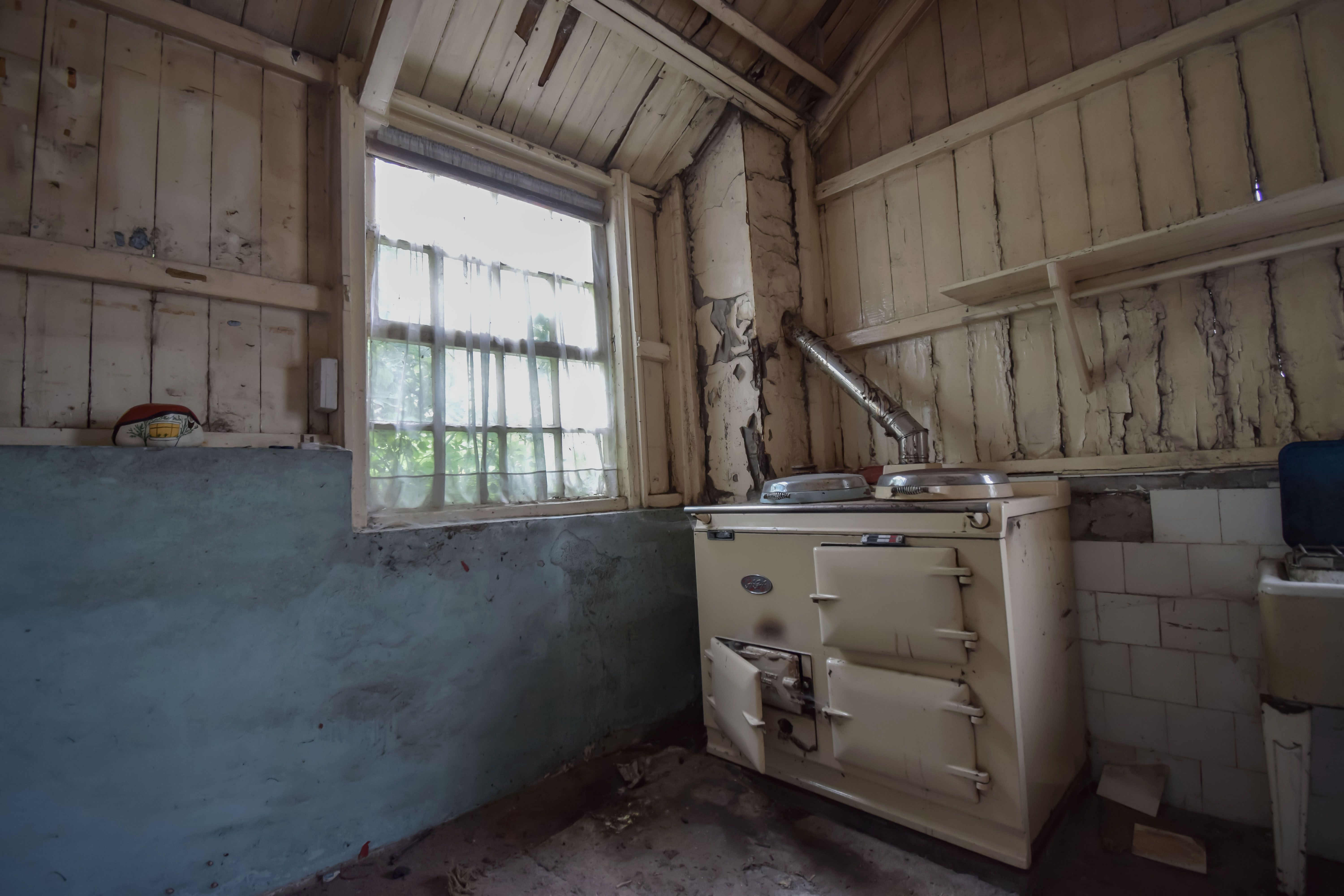 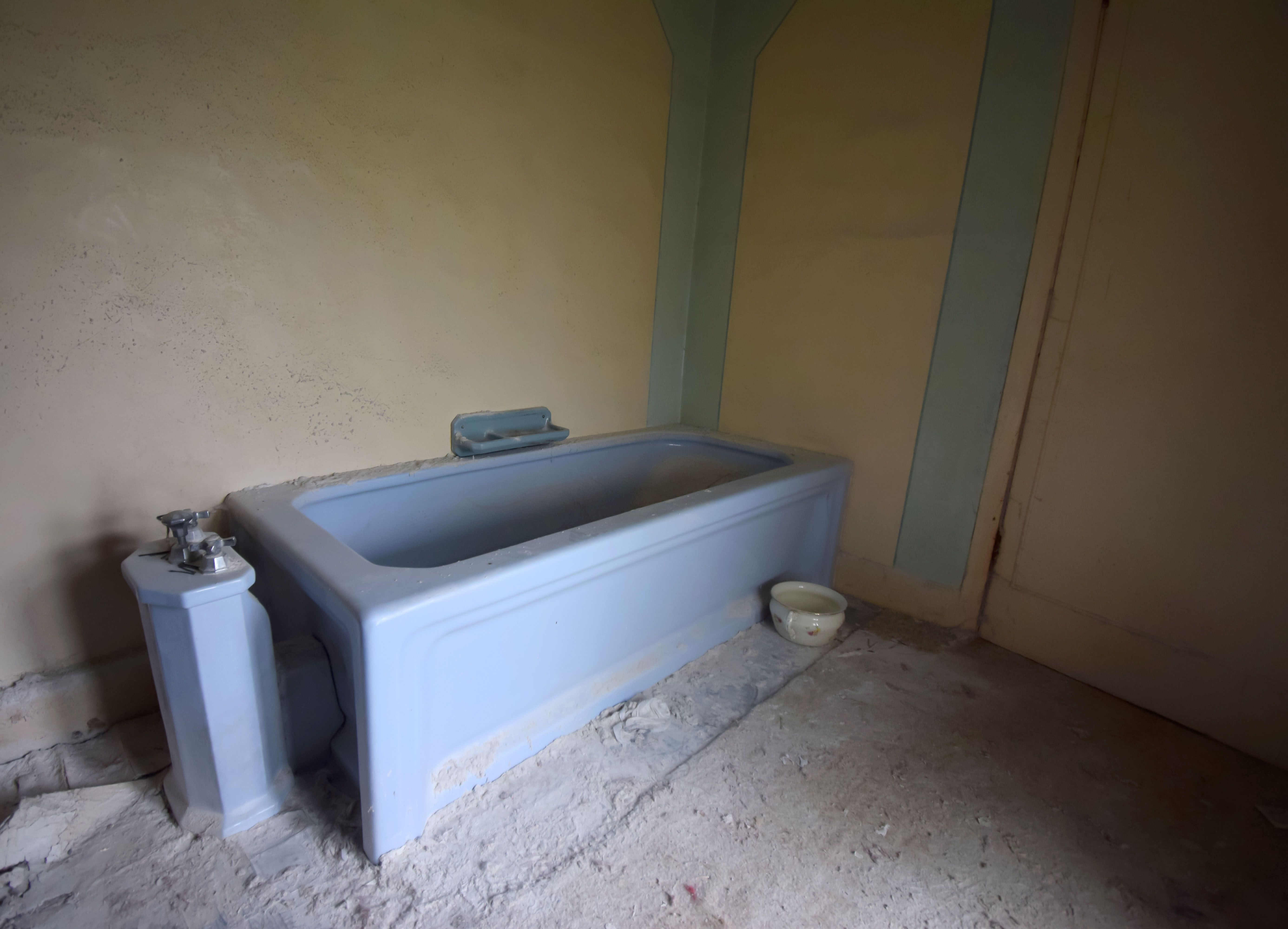 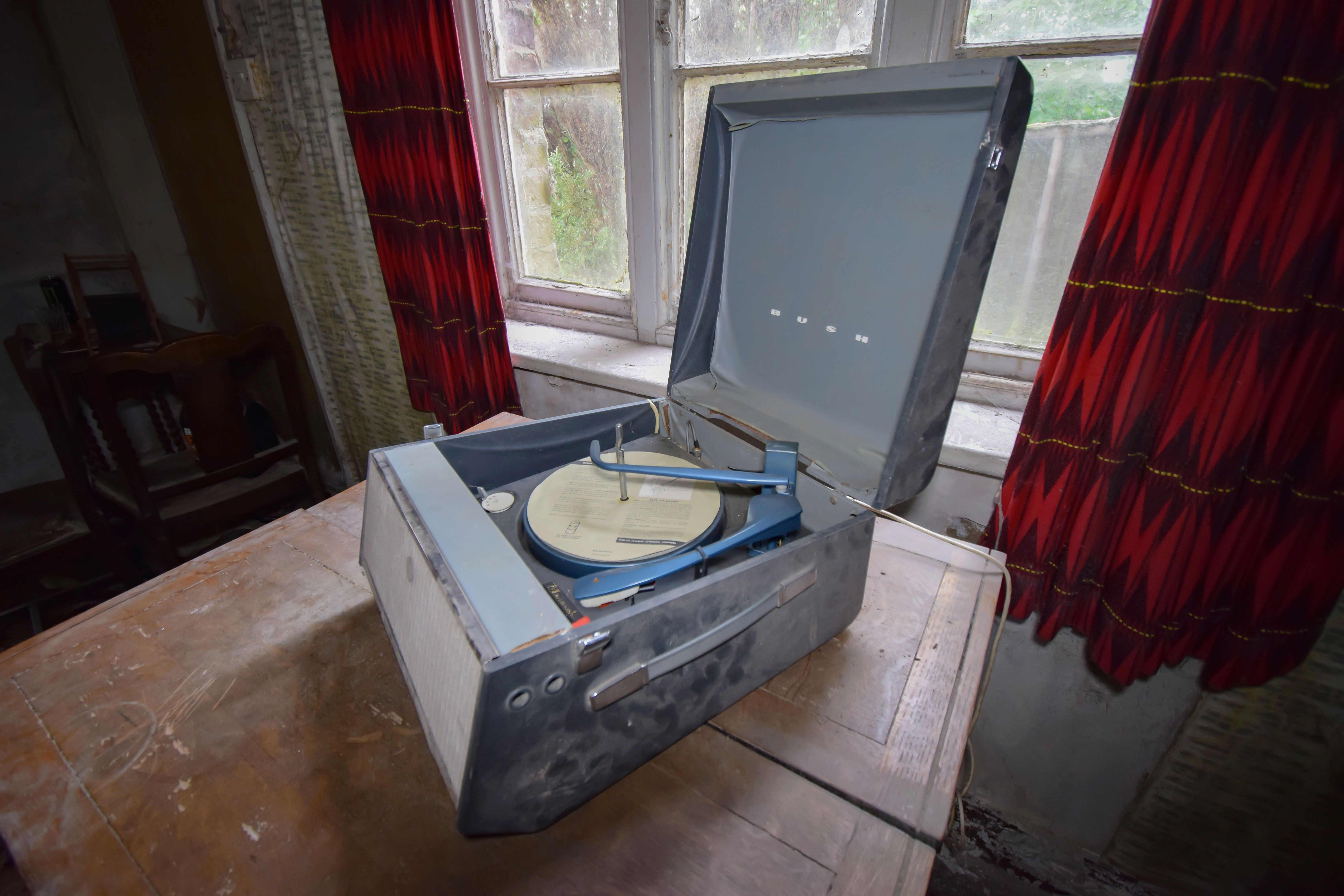 “Once inside the property, I found vintage children’s toys including a rocking horse and vintage pram.

“There were also many old black and white portraits of the previous owners, old-fashioned furniture and an old newspaper dating back to the Queen's Coronation special in 1953.”

In May, Sun Online shared creepy photos of an abandoned mansion left to rot on the outskirts of London.

Photographers who made it into the home found designer clothes stacked up on rails in a bedroom and empty fish tanks lined up in a hallway.

In the kitchen, a dishwasher was still stacked with plates, while sheet music was still laid out on a piano.

There were even half-used shampoo and conditioner bottles lined up next to a Jacuzza-style tub.

However, the home had been abandoned for so long that part of the kitchenceiling had caved in.

The properties were abandoned in ultra-exclusive Hampstead, north London.

Drained indoor swimming pools and gutted bedrooms had lain untouched for years in the wrecked properties — some of which haven't been lived in for over a quarter of a century.