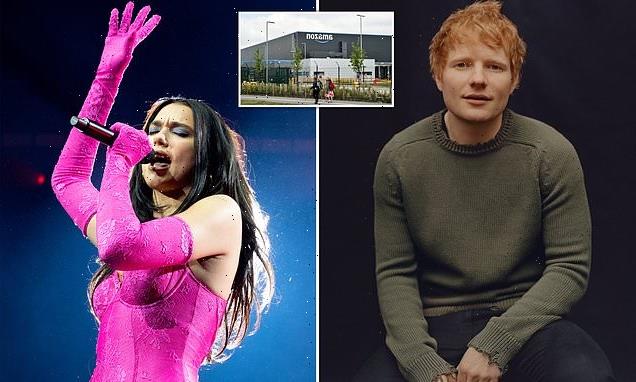 Ed Sheeran and Dua Lipa have raked in millions from royalties payouts due to their music being played in the background at ‘industrial premises’, according to a financial report.

PRS for Music – the industry body that collects and distributes royalties – said there had been a record increase of 113.8 per cent in revenue from the music that is played for workers in warehouses.

The background music at ‘industrial premises’ generated £18.1million, while royalties for live music decreased by 29 per cent, the i reported.

The PRS 2022 financial report found that the most-played warehouse hits in 2021 were Ed Sheeran’s Bad Habits and Dua Lipa’s Levitating. 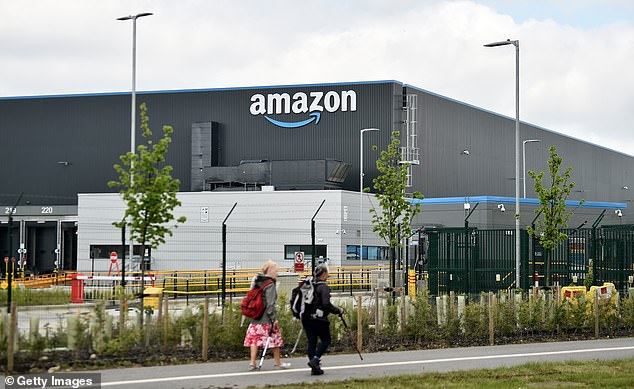 Ed Sheeran and Dua Lipa have raked in millions from royalties payouts due to their music being played in the background at ‘industrial premises’, according to a financial report (Amazon warehouse in Leeds pictured)

Amazon employed 25,000 British workers last year as part of a global hiring spree to support a surge in demand during the pandemic.

Previously, the American organisation had announced plans to create 10,000 new UK-based roles for 2021.

But Amazon smashed that target with more than 70,000 people now working within its corporate teams, R&D or its delivery and warehouse operations across the UK.

Amazon has invested more than £32billion in the UK since 2010 – with £1.6bn coming in the form of an upgraded operations network and infrastructure since 2019.

‘The move from high street to online business had a tangible impact on our numbers,’ PRS for Music CEO Andrea C Martin told the i newspaper.

‘Our research into the use of music on industrial premises found that 90 per cent agreed that music has the power to help motivate employees.

‘Music helped a lot of people, including myself, through the pandemic.’

It comes as the High Court heard that PRS for Music suspended payment to Mr Sheeran and his co-writers for the performances or broadcasts of Shape Of You.

The popstar lashed out at the ‘baseless claims’ being brought against singer-songwriters ‘with the idea a settlement will be cheaper than taking it to court’.

The 31-year-old said there were ‘only so many quotes and so many chords used in pop music’, meaning ‘coincidences are bound to happen’.

Sheeran also opened up about the ‘pain and hurt suffered’ in his own court case brought about by the grime artist and a producer, which he won. 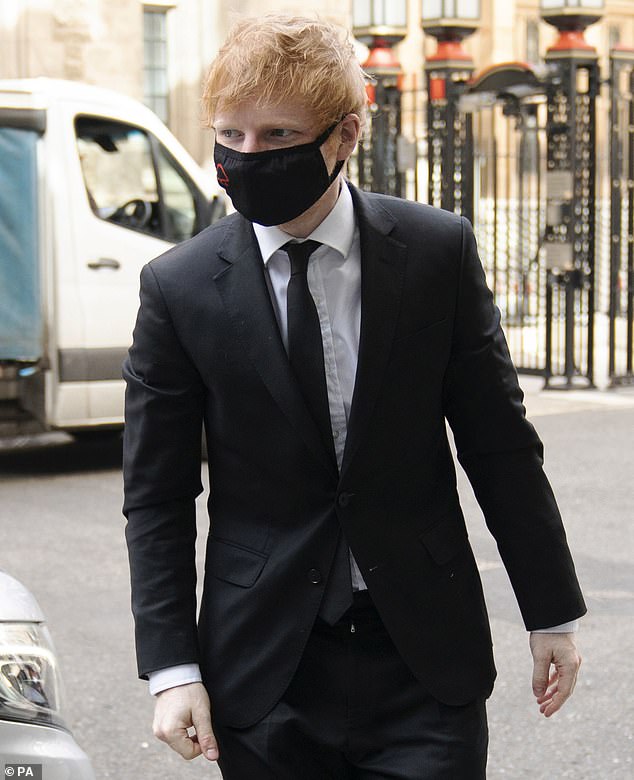 Ed Sheeran has called for an end to the ‘really damaging’ copyright claim culture that is ripping through the music industry after winning his High Court case against a grime artist over his song Shape of You. He is pictured outside court last month

He said he was ‘obviously happy with the result’ but added: ‘I’m not an entity, I’m not a corporation, I’m a human being, I’m a father, I’m a husband, I’m a son.’

Sami Chokri, who performs as Sami Switch, and Ross O’Donoghue had claimed the popstar ripped off their song 2015 song Oh Why with his 2017 tune Shape of You.

But in a ruling on Wednesday, Mr Justice Zacaroli concluded Sheeran ‘neither deliberately nor subconsciously’ copied a phrase.