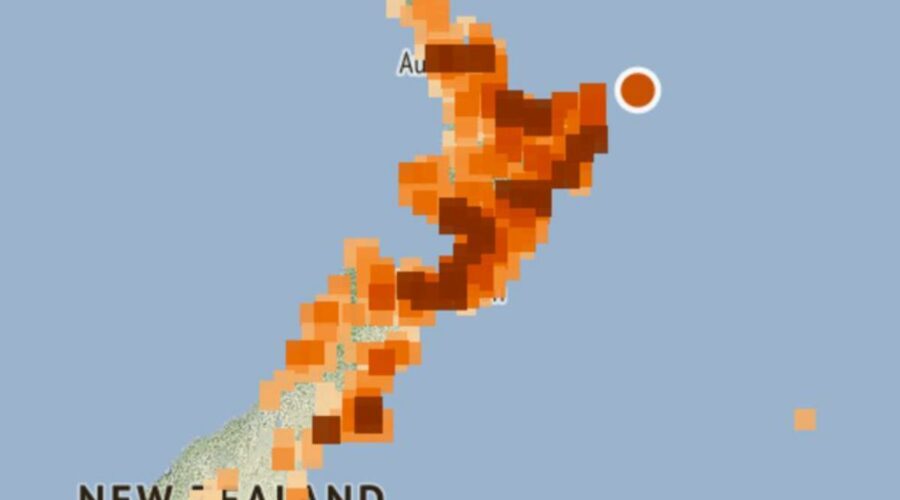 Seismologists have recorded more than 140 earthquakes of magnitude 4 or higher since a 7.2 earthquake caused householders to flee low-lying East Coast areas on Friday morning.

A magnitude 7.2 earthquake shook much of the North Island on Friday.

GNS Science experts are researching the relationship between them and the even bigger sea-floor quakes of magnitude 7.4 and 8.1 which hit the Kermadec Islands – 1000km – later on Friday morning.

Seismologist Matt Gerstenberger said there were questions about whether the East Cape jolt was a single rupture or something more complicated.

Gerstenberger said generally after a large earthquake a lot of quakes of varying size could be expected, but over time they would become fewer and smaller.

But he warned there is still an increased probability of a bigger event.

He said it is not easy tracking two separate sequences of aftershocks.

“There are so many earthquakes happening right now – ranging from big earthquakes (M6.1 just after 1pm on Saturday) to small ones – and they are overlapping in time. The distance from the network and the overlapping signals from these earthquakes makes it trickier to identify them from one another,” he said in a statement.

Kayakers and surfers are being urged to stay close to the shore in the wake of Friday’s earthquakes and the hundreds of aftershocks since then.

Maritime New Zealand’s Baz Kirk said anyone in a non-powered vessel should not go more than 200 metres out to sea, just to be on the safe side.

But he said everyone should exercise caution, especially surfers and kayakers who might not hear any warning or alert.

06/03/2021 World News Comments Off on Earthquake swarm: More than 140 quakes of magnitude 4 or greater recorded since Friday
Markets