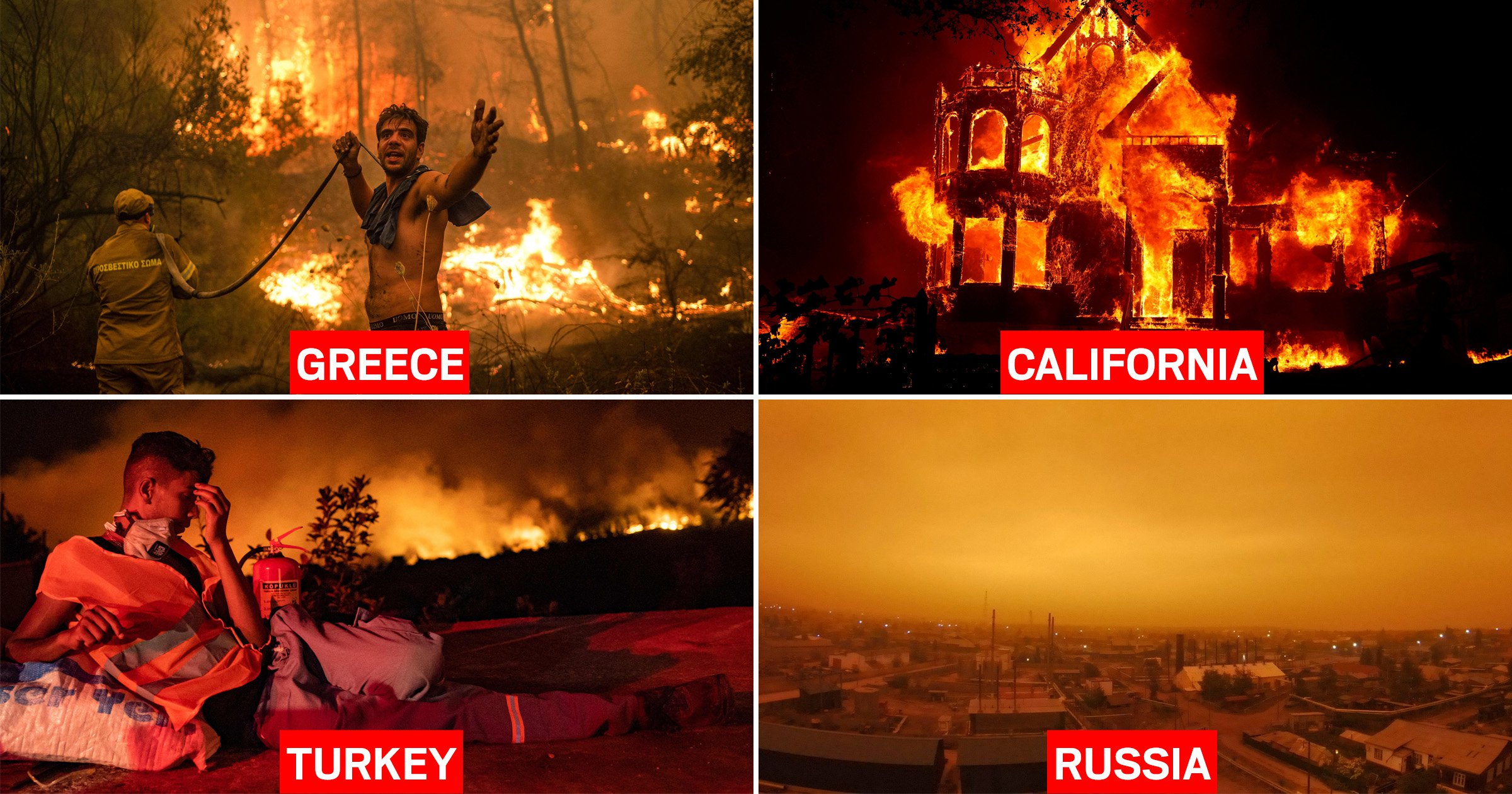 Earth will likely warm by 1.5C within 20 years, a decade earlier than expected.

In a bombshell report, the world’s leading climate scientists are set to deliver the starkest warning on the state of global warming.

It comes as wildfires rage across Turkey, Greece, California and Russia, while devastating floods lay waste across the world.

Scientists had predicted temperatures to rise by 1.5C above pre-industrial levels between 2030 and 2052.

But this new forecast from the UN’s Intergovernmental Panel on Climate Change (IPCC) has brought it forward to 2021 and 2040, the Sunday Times reports.

In the 2015 Paris Agreement on climate change, countries pledged to limiting warming to 1.5C because of the dangerous consequences for humanity.

But global temperatures have already climbed to 1.2C above pre-industrial levels, as increasingly extreme weather – from records heatwaves to torrential downpours – wreaks havoc.

Today’s report is the first global assessment since 2013, when scientists found the majority of warming since the 1950s was extremely likely to be down to human activity.

It will say governments are not doing enough to curb rising temperatures and tackle greenhouse gas emissions, such as burning fossil fuels for heating, transport and power supplies.

UN climate chief Patricia Espinosa warned many countries have not brought forward plans for cutting their emissions – a key part of what they need to do before the crucial Cop26 talks in the autumn – and those that have are not doing enough.

Globally, action pledged to tackle emissions is not enough to limit warming to 2C, let alone the tougher 1.5C target.

A special report from the IPCC in 2018 warned that overshooting the 1.5C limit would mean more extreme weather, greater sea-level rises, and damage to crops, wildlife and health.

Curbing rises to 1.5C would require cutting carbon emissions by 45% by 2030, on a path to reducing them to zero overall by 2050, with significant changes to transport, how we heat and power homes, industry and agriculture, the report said.

In an interview with the Guardian, he said: ‘You’re seeing on a daily basis what is happening across the world. Last year was the hottest on record, the last decade the hottest decade on record.’

Mr Sharma said: ‘Every fraction of a degree rise makes a difference and that’s why countries have to act now.’

‘We’re seeing the impacts across the world – in the UK or the terrible flooding we’ve seen across Europe and China, or forest fires, the record temperatures that we’ve seen in North America,’ he said.

‘Every day you will see a new high being recorded in one way or another across the world.’

Professor Piers Forster, from Leeds University – one of the scientists involved in the report, said: ‘This report will be able to say a whole lot more about the extremes we are experiencing today and it will be able to be categoric that our emissions of greenhouse gases are causing them and they are also going to get worse.’