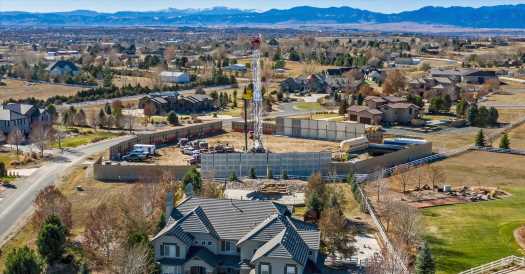 For much of the past decade, oil companies engaged in drilling and fracking have been allowed to pump into the ground chemicals that, over time, can break down into toxic substances known as PFAS — a class of long-lasting compounds known to pose a threat to people and wildlife — according to internal documents from the Environmental Protection Agency.

The E.P.A. in 2011 approved the use of these chemicals, used to ease the flow of oil from the ground, despite the agency’s own grave concerns about their toxicity, according to the documents, which were reviewed by The New York Times. The E.P.A.’s approval of the three chemicals wasn’t previously publicly known.

The records, obtained under the Freedom of Information Act by a nonprofit group, Physicians for Social Responsibility, are among the first public indications that PFAS, long-lasting compounds also known as “forever chemicals,” may be present in the fluids used during drilling and hydraulic fracturing, or fracking.

In a consent order issued for the three chemicals on Oct. 26, 2011, E.P.A. scientists pointed to preliminary evidence that, under some conditions, the chemicals could “degrade in the environment” into substances akin to PFOA, a kind of PFAS chemical, and could “persist in the environment” and “be toxic to people, wild mammals, and birds.” The E.P.A. scientists recommended additional testing. Those tests were not mandatory and there is no indication that they were carried out.

“The E.P.A. identified serious health risks associated with chemicals proposed for use in oil and gas extraction, and yet allowed those chemicals to be used commercially with very lax regulation,” said Dusty Horwitt, researcher at Physicians for Social Responsibility.

For fracking to work, the energy industry has an appetite for chemicals that, when pumped underground at high pressure, can coax oil out of the ground most efficiently. In 2008, a scientific paper published in an oil-industry journal and led by a Dupont researcher referred to the “exceptional” water-repelling and other characteristics of types of chemicals that include PFAS, and called the chemicals an “emerging technology” that showed promise for use in oil and gas extraction.

The E.P.A. documents describing the chemicals approved in 2011 date from the Obama administration and are heavily redacted because the agency allows companies to invoke trade-secret claims to keep basic information on new chemicals from public release. Even the name of the company that applied for approval is redacted, and the records give only a generic name for the chemicals: fluorinated acrylic alkylamino copolymer.

However, an identification number for one of the chemicals issued by the E.P.A. appears in separate E.P.A. data and identifies Chemours, previously Dupont, as the submitter. A separate E.P.A. document shows that a chemical with the same EPA-issued number was first imported for commercial use in November 2011. (Chemours did not exist until 2015, though it would have had the responsibility to report chemicals on behalf of its predecessor, Dupont.)

There is no public data that details where the E.P.A.-approved chemicals have been used. But the FracFocus database, which tracks chemicals used in fracking, shows that about 120 companies used PFAS — or chemicals that can break down into PFAS; the most common of which was “nonionic fluorosurfactant” and various misspellings — in more than 1,000 wells between 2012 and 2020 in Texas, Arkansas, Louisiana, Oklahoma, New Mexico, and Wyoming. Because not all states require companies to report chemicals to the database, the number of wells could be higher.

Nine of those wells were in Carter County, Okla., within the boundaries of Chickasaw Nation. “This isn’t something I was aware of,” said Tony Choate, a Chickasaw Nation spokesman.

Nick Conger, an E.P.A. spokesman, said that the chemicals in question were approved a decade ago, and that amendments to laws since then now required the agency to affirm the safety of new chemicals before they are allowed into the marketplace. He said the redactions in the documents were mandated by a statute protecting confidential business information. The Biden administration had made addressing PFAS a top priority, he added, for example by proposing a rule to require all manufacturers and importers of PFAS since 2011 to disclose more information on the chemicals, including their environmental and health effects.

Chemours, which has in the past agreed to pay hundreds of millions of dollars to settle injury claims related to PFOA pollution, did not provide comment. In 2005, Dupont also agreed to pay $16 million to settle allegations by the E.P.A. that it had failed to report information about the health and environmental effects of PFAS, in the largest administrative penalty the agency had ever imposed at the time. But Chemours, which was spun off from Dupont in 2015, has not spoken publicly about the use of these chemicals in drilling and fracking.

An Exxon spokesman, in response to questions regarding whether it uses the chemicals, said, “We do not manufacture PFAS.”

Chevron did not respond to a request for comment.

The presence of PFAS in oil and gas extraction threatens to expose oil-field employees and emergency workers handling fires and spills as well as people who live near, or downstream from, drilling sites to a class of chemicals that has faced increasing scrutiny for its links to cancer, birth defects, and other serious health problems.

A class of man-made chemicals that are toxic even in minuscule concentrations, for decades PFAS were used to make products like nonstick pans, stain-resistant carpeting and firefighting foam. The substances have come under scrutiny in recent years for their tendency to persist in the environment, and to accumulate inside the human body, as well as for their links to health problems like cancer and birth defects. Both Congress and the Biden administration have moved to better regulate PFAS, which contaminate the drinking water of as many as 80 million Americans.

Industry researchers have long been aware of their toxicity. But it wasn’t until the early 2000s, when the environmental attorney Rob Bilott sued Dupont for pollution from its Teflon plant in Parkersburg, W.Va., that the dangers of PFAS started to be widely known. In settlements with the E.P.A. in the mid-2000s, Dupont acknowledged knowing of PFAS’s dangers, and it and several other chemical manufacturers subsequently committed to phase out the use of certain kinds of the chemical by 2015.

Kevin A. Schug, a professor of analytical Chemistry at the University of Texas at Arlington, said the chemicals identified in the FracFocus database fell into the PFAS group of compounds, although he added that there was not enough information to make a direct link between the chemicals in the database to the ones approved by the E.P.A. Still, he said it was clear “that the approved polymer, if and when it breaks down in the environment, will break down into PFAS.”

The findings underscore how, for decades, the nation’s laws governing various chemicals have allowed thousands of substances to go into commercial use with relatively little testing. The E.P.A.’s assessment was carried out under the 1976 Toxic Substances Control Act, which authorizes the agency to review and regulate new chemicals before they are manufactured or distributed.

But for years, that law had gaps that left Americans exposed to harmful chemicals, experts say. Furthermore, the Toxic Substances Control Act grandfathered in thousands of chemicals already in commercial use, including many PFAS chemicals. In 2016, Congress strengthened the law, bolstering the E.P.A.’s authority to order health testing, among other measures. The Government Accountability Office, the watchdog arm of Congress, still identifies the Toxic Substances Control Act as a program with one of the highest risks of abuse and mismanagement.

In recent days, whistle-blowers have alleged in the Intercept that the E.P.A. office in charge of reviewing toxic chemicals tampered with the assessments of dozens of chemicals to make them appear safer. E.P.A. scientists evaluating new chemicals “are the last line of defense between harmful — even deadly — chemicals and their introduction into U.S. commerce, and this line of defense is struggling to maintain its integrity,” the whistle-blowers said in their disclosure, which was released by Public Employees for Environmental Responsibility, a Maryland-based nonprofit group.

David R. Brown, a public health toxicologist and former director of Environmental Epidemiology at the Connecticut Department of Health, said the E.P.A. was “expressing concerns at a level that should have caused alarm.” Particularly concerning, he said, was that at oil and gas wells, “you’re putting the chemicals into a high temperature, high pressure environment and that’s highly reactive.”

Mr. Conger, the E.P.A. spokesman, said the agency was committed to investigating the whistle-blowers’ complaints.

The concerns add to the risks posed by hundreds of chemicals used in drilling and fracking, which involves boring deep holes into the earth, and then injecting millions of gallons of water, sand and chemicals into rock formations to unlock oil and gas deposits.

In a 2016 report, the E.P.A. identified more than 1,600 chemicals used in drilling and fracking, or found in fracking wastewater, including close to 200 that were deemed carcinogens or toxic to human health. The same E.P.A. report warned that fracking fluid could escape from drill sites into the groundwater and that leaks could spring from underground wells that store millions of gallons of wastewater.

Communities near drilling sites have long complained of contaminated water and health problems that they say are related. The lack of disclosure on what sort of chemicals are present has hindered diagnoses or treatment. Various peer-reviewed studies have found evidence of illnesses and other health effects among people living near oil and gas sites, a disproportionate burden of which fall on people of color and other underserved or marginalized communities.

“In areas where there’s heavy fracking, the data is starting to build to show there’s a real reason for concern,” said Linda Birnbaum, the former director of the National Institute for Environmental Health Sciences and an expert on PFAS. The presence of PFAS, she said, was particularly worrisome. “These are chemicals that will be in the environment, essentially, not only for our lifetimes, but forever,” she said.