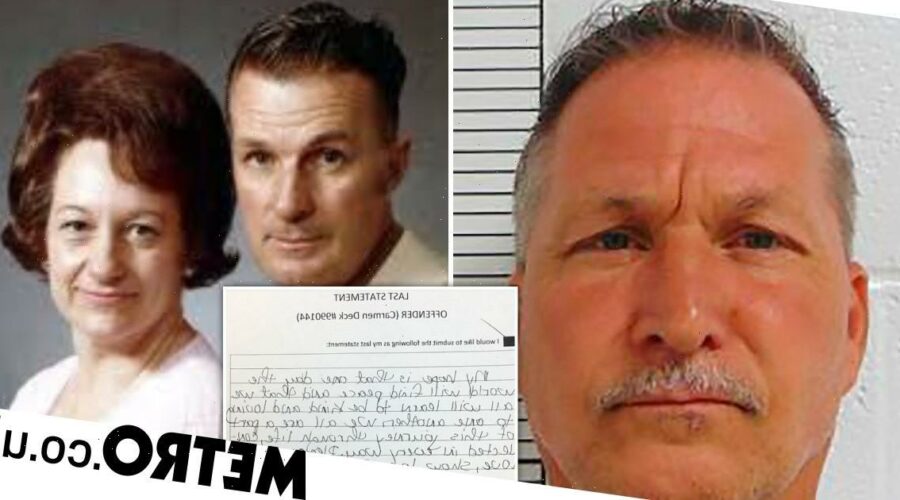 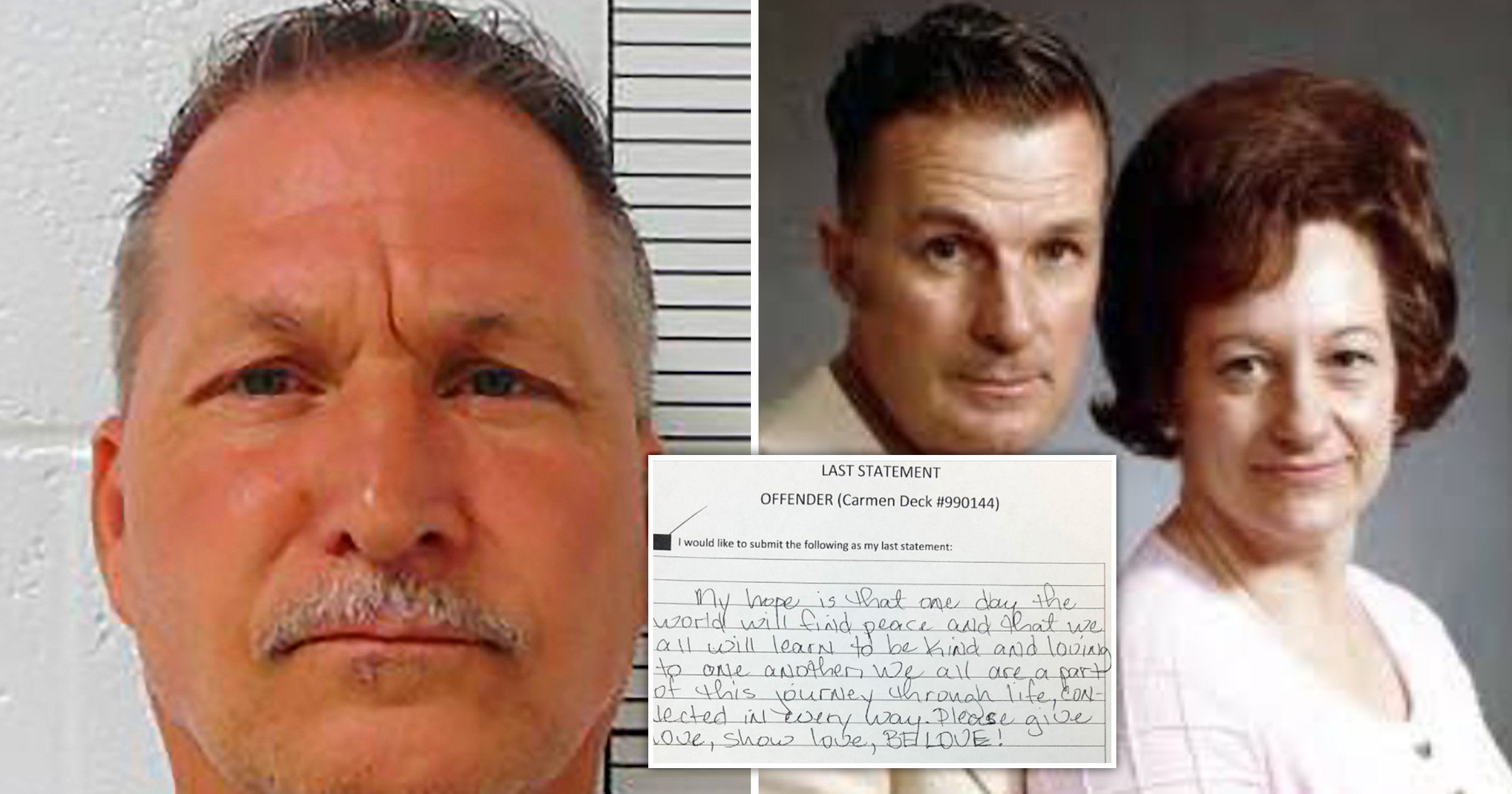 A double murderer called for the world to find ‘love and peace’ before he was given a lethal injection in Missouri.

Carman Deck, 56, was executed last night at the state prison in Bonne Terre, more than 25 years after he killed elderly couple James and Zelma Long during a robbery in 1996.

He mouthed a few inaudible words as 5 grams of pentobarbital were administered, then puffed out a couple of final breaths before all movement stopped.

Deck’s execution – the fifth in the US this year – was over in just a few seconds.

His death sentence was embroiled in controversy as it was previously overturned three times for procedural issues.

But his fate was sealed by Missouri Governor Mike Parson who refused to offer him clemency on Monday.

In a final written statement, Deck said: ‘My hope is that one day the world will find peace and that we all will learn to be kind and loving to one another.

‘We all are a part of this journey through life, connected in every way. Please give love, show love, BE LOVE!’ 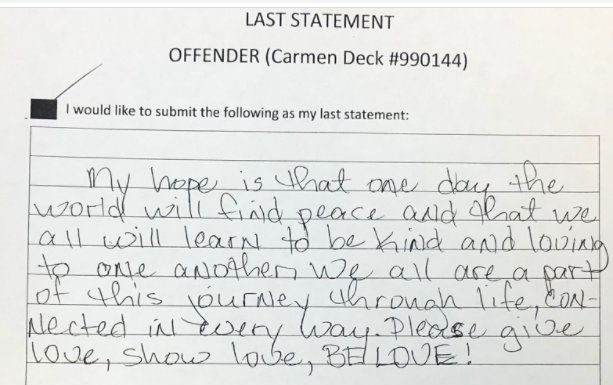 Deck was a friend of the Longs’ grandson. He knew the couple, in their late 60s, kept a safe at their home in De Soto, near St. Louis.

In July 1996, Deck and his sister stopped at the home under the guise of asking for directions. He wasn’t surprised the couple let them in.

Once inside, Deck pulled out a gun and at his command, Zelma Long opened the safe and removed her jewellery, before getting $200 from her purse.

Deck ordered the couple to lie on their stomachs on their bed. He then stood there for 10 minutes deciding what to do, before shooting James Long twice in the head and doing the same to his wife.

He was later arrested and sentenced to death in 1998, but the Missouri Supreme Court tossed the sentence due to errors by Deck’s trial lawyer.

The US Supreme Court threw out his second sentence in 2005, citing prejudice caused by Deck being shackled in front of the sentencing jury.

He was sentenced to death for a third time in 2008. Nine years later, District Judge Catherine Perry determined ‘substantial’ evidence that could have saved his life during the first two penalty phases was unavailable for the third because witnesses had died, couldn’t be found or declined to cooperate.

In October 2020, the Circuit Court of Appeals restored the death penalty.

The clemency petition on Deck’s behalf cited abuse he suffered as a child, including beatings that left welts and sexual abuse.

It said he and his siblings were often left alone without food, while Deck’s attorney, Elizabeth Carlyle, revealed Deck was raped while in prison for theft aged 19.

‘This experience transformed him from a non-violent thief into the person who committed two terrible murders,’ Ms Carlyle said. She called his execution ‘unjust and immoral’.

The number of executions in the US has declined significantly since peaking at 98 in 1998.

Use of the death penalty has become concentrated mostly in a few Southern and Plains states.