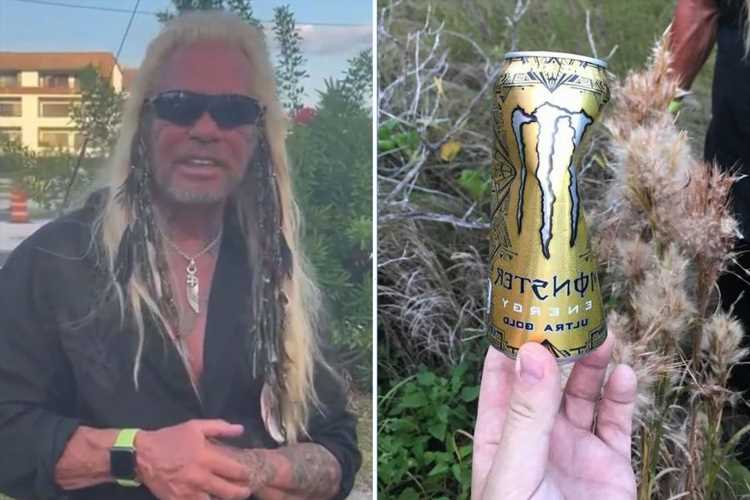 DOG the Bounty Hunter found a Monster energy drink at a new campsite and internet sleuths wildly claimed that they spotted it in Brian Laundrie's mom's handbag.

Duane Chapman and his team of K9s scoured an area deep in the woods of Shell Island on Wednesday near Fort de Soto Park in Florida. 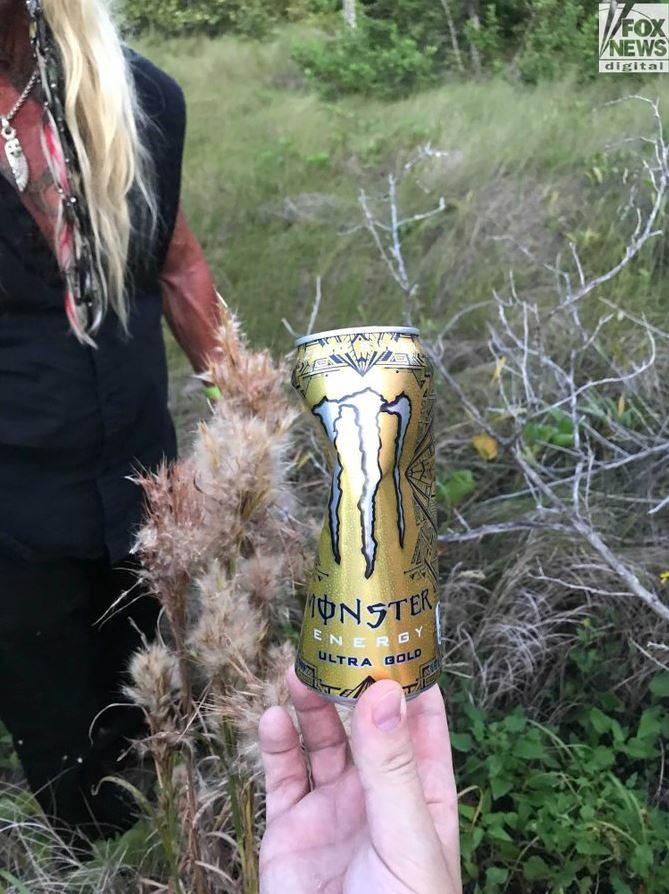 Dog received a tip that Laundrie and his parents visited the campground on September 6.

He appeared to find the can while trying to search for the 23-year-old – who was reported missing on September 17. It's not known who left the item at the site.

The gold can appears to show no signs of rust or faded colors, Fox News reports.

The Monster logo and text on the front of the can are visible.

Some internet sleuths allege that they spotted the can in Brian Laundrie's mom's handbag as photos circulated on social media. It remains unknown if the item was in her bag.

One Twitter detective posted three magnifying glass emojis as they tried to strike a comparison on social media.

A sleuth commented: "Bestie did you just solve this whole thing?"

Some Twitter detectives were not convinced by the allegations.

One said: "Pretty sure it's not a match", while another commented: "I don't see it."

Dog was slammed by online detectives for finding the can while scouring the park for Laundrie.

Brian has railed against “evil governments” and people who are allegedly “destroying the planet” on his Instagram profile.

One sleuth said: “Laundrie doesn’t like to use cans or plastic, and for as environmentally conscious he is, I don’t think he would leave it on the ground.”

Dog’s team arrived in the offshore location on Wednesday as the search for Gabby Petito’s missing fiancé continues.

He said: “We're out here at the island. This would be and could be a perfect spot for him to hide.

"Not too many people out here, but there's a lot of environmental things we're gonna fight… The search now is really on."

K9 teams were brought in to assist the search operation.

The bounty hunter's team found no conclusive evidence that Laundrie was on Egmont Key by Wednesday evening, Fox reports.

The claim was dismissed by the Laundrie family attorney Steve Bertolino, who said: “That Dog doesn’t know what’s he talking about.”

DOG ON THE CASE

Bertolino added that Brian and his parents went to "other places on two different dates" which the FBI is allegedly aware of.

He said: "So Brian obviously returned home after camping and what that dog is spewing is nothing but baloney."

Campers at the park told the Sun that Laundrie may be hiding out in the mangroves.

Law enforcement officers are also believed to be conducting searches in the park as cop cars were spotted in the area, WFLA reports.

When asked by The Sun about police "activity" at Fort De Soto Park, the North Port Police Department said they "can't give any of that information out over the phone."

Dog also speculated that Laundrie could be moving from island to island in a canoe through the park.

He told Fox News: “This kid is an outdoorsman, so I think he went where he's comfortable.”

Dog believes that Laundrie wouldn’t attempt shoplifting while he remains at large.

The bounty hunter said he wants to try and find Laundrie by his 24th birthday in November.

Laundrie returned to Florida on September 1 – weeks after starting a cross-country road trip with his fiancée Gabby Petito.

Petito was reported missing on September 11 – a week before her remains were found in a Wyoming national park.

FBI agents said Laundrie is a person of interest in the case surrounding Gabby’s disappearance, but he was not named a suspect.

The 23-year-old, who is a self-proclaimed “nature enthusiast”, allegedly told his parents that he was going for a hike in the Carlton Reserve in Sarasota.

Cops and FBI agents have scoured the 25,000-acre park which is said to be infested with alligators and venomous snakes.

The search at the reserve continues as teams took to the swampy waters.

Sleuths claim they spotted Laundrie in other parts of Florida and Alabama but most alleged sightings have led to dead ends.

Experts have suggested that Laundrie may be on the Appalachian Trail while internet detectives allege the 23-year-old has been spotted in Mexico and Canada.

Criminal investigator John Walsh claims some of the tips he has received may lead to the Bahamas.

There is no evidence suggesting that Laundrie was or is in either of the locations. 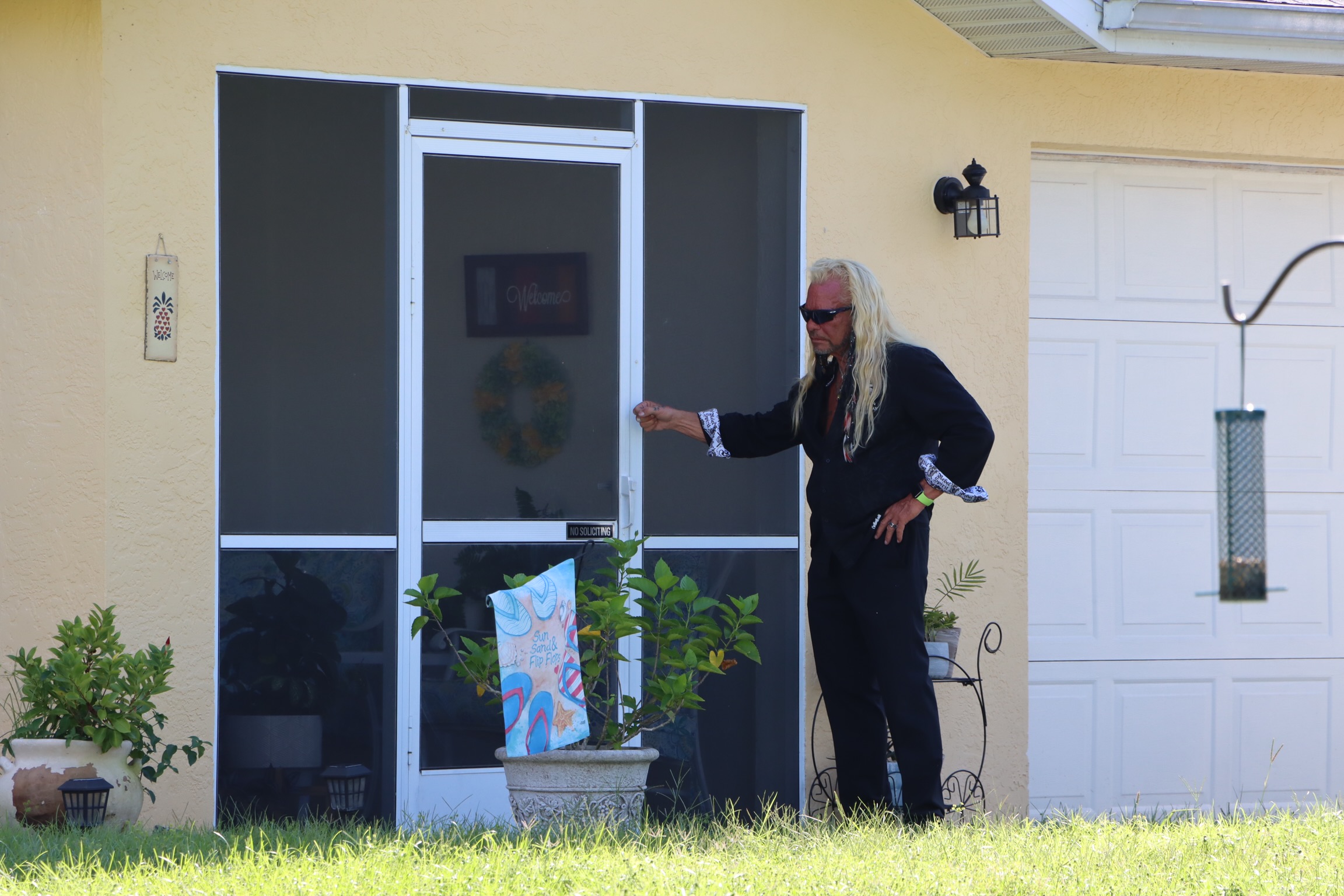