A DEVOTED dog owner has been hailed a "genius" after creatingspyholes in her garden fence – so her loving labradors can watch her come home.

The woman's ingenious handiwork is revealed in a hilarious video posted on TikTok which has melted the hearts of animal lovers around the world. 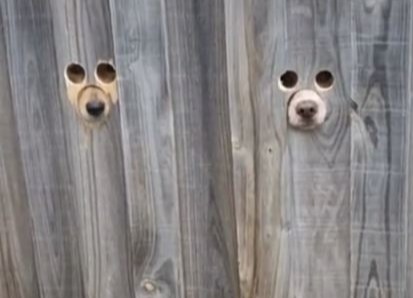 The clip – uploaded by 'liltroubless' – opens with her pulling into a driveway in a car outside her home in Australia.

Within seconds, a wet nose nose and a curious pair of eyes appear at one set of the specially cut out eyeholes.

The driver of the car then giggles and says "hi" before she bursts into laughter.

Then another dog is seen peering through the wooden fence to see what is going on. 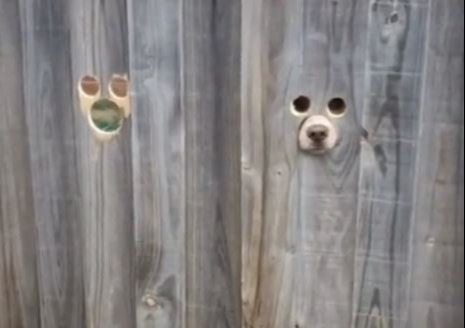 The super cute video is captioned ‘Mommy is Home’ and has quickly gone viral with two million likes and more than 18,000 comments.

Some have even said the clip has inspired them to create a similar set-up for their own pets.

‘Smartest thing ever. You can see but you can’t bark,’ one TikTok user wrote.

While a second wrote: ‘Imagine you have a bad day and then you go home to that.’

One fan of the clip simply wrote: 'That is pure genius.'

‘You need to patent that idea honestly, that is the best thing I’ve ever seen,' another added.

One suggested seeing the dogs peering through the holes was ‘kind of creepy,’ but ‘adorable at the same time.’