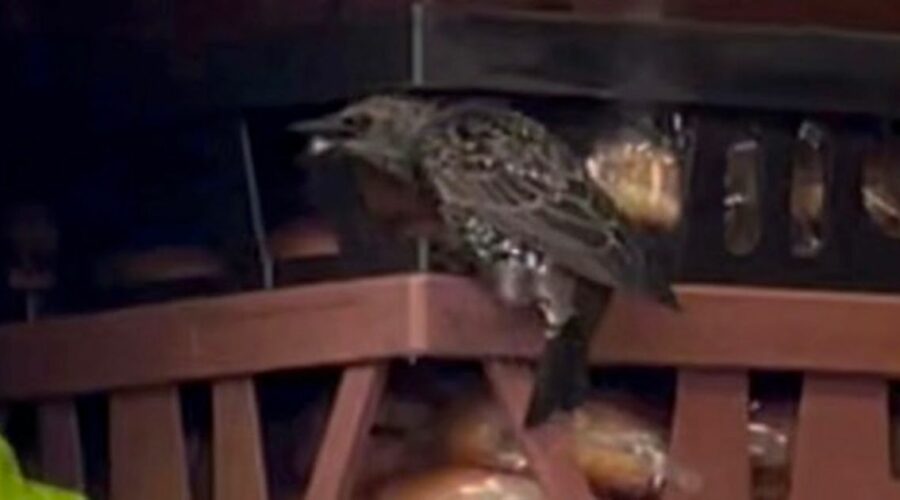 A McDonald's customer was left "disgusted" after watching birds hop into an open doorway and peck at bread bun packets at one of the drive-throughs in Salford.

The customer filmed the birds at the back door of the Regent Road McDonald's on Friday morning (August 10) while he waited to pick up his breakfast order.

He says they were pecking at delivery trays piled up with bread buns wrapped in cellophane.

A spokesperson for McDonald's said that the affected buns have now been identified and discarded since the video was filmed and that they take food hygiene "extremely seriously at our Salford restaurant".

The customer, who has asked not to be named, said he couldn't believe what he was seeing as the birds had a feast among the bread buns.

He saw them wandering in and out of the open doorway at the back of the restaurant for "several minutes" while he queued at the drive-through, he said.

The customer said dozens of other motorists were driving past the scene, just before 10.30am when the restaurant was busy with customers queuing for McDonald's breakfast.

He said: "I'd just ordered my food at the drive-through and it was very busy so I was queuing past and that's when I could see the back door was open.

"It looked like it was the delivery area into the kitchens and there was a big stack of trays with bread buns on them.

"I couldn't believe what I was seeing with a couple of birds pecking at the floor and one was having a right go burrowing into the packets on the delivery trays.

"I thought it was pretty disgusting to be fair.

"But I still ate my food – although I did check my McMuffin didn't have any holes in it!"

The Regent Road restaurant and drive-through is one of the only 24-hour McDonalds across the Greater Manchester region – so is also one of its consistently busiest.

A spokesperson for McDonald's said: "We take food hygiene very seriously at our Salford restaurant.

"This video was taken during a scheduled delivery and as soon as the delivery was unloaded the buns affected were identified and discarded."