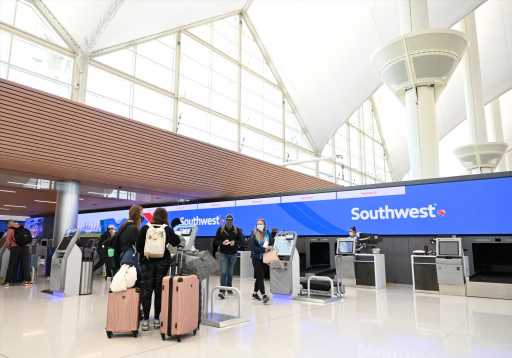 The extra $1.3 billion in project spending, on top of $770 million already approved and underway, means travelers passing under DIA’s signature tented roof will see construction continue through 2027 or mid-2028.

The new spending will balloon the total Great Hall project cost to as much as $2.1 billion, the latest twist in a rollercoaster ride that included early controversy over cost overruns and delays, DIA’s early termination of the original contractors and then a fresh restart two years ago, with several key components scaled back.

Before the Denver City Council voted 10-3 to expand the newer team’s contracts, Councilman Kevin Flynn compared the current state of the project to a half-done home kitchen renovation.

“The failure of the (earlier partnership deal) left it a mess,” Flynn said. “A ‘no’ vote on this contract is a vote to keep it a mess, and I believe we can’t do that. I regret that we have to undertake it in the way we have … (but) it simply has to be completed.”

The council approved $1.1 billion in contract additions for four firms, including up to $900 million more for prime contractor Hensel Phelps Construction, with exact amounts to be pinned down in task orders. DIA expects another $200 million in new non-contract costs.

Councilman Paul Kashmann was among three members who dissented pointedly, arguing: “This is a $1 billion-plus deal that I think, in view of the mess that preceded it, deserves an in-depth look by a fully objective third party.”

The other “no” votes came from Councilwomen Candi CdeBaca and Amanda Sawyer, who cited other factors.

The project, one of several underway at DIA, aims to update the nearly three-decade-old terminal building, address security vulnerabilities in the checkpoints and increase passenger-processing capacity. DIA pays for its projects by tapping its own revenue streams as well as federal funding — which officials say could provide a sizable assist for the Great Hall work.

But as the project stood, only one of the two main security checkpoints on Level 5 would have been relocated to an expanded space upstairs, providing more capacity. And only DIA’s three largest carriers would have gotten completely reconfigured check-in areas, which also make use of floor plates extended farther into the atrium.

Last month, new airport CEO Phil Washington pressed his case to restore much of what was cut, along with adding some new components. He argued the full renovation was needed sooner or later to accommodate DIA’s rapid growth, which is now surging again.

Other changes passengers will notice in coming years include refurbished baggage claims, added and renovated restrooms, changes to curbside setups outside and, on Level 5, replacement of the current security-screening spaces with public plazas and meeting/greeting areas for arriving passengers.

To passengers wary of construction, DIA officials have offered an assurance that future work won’t bring the same level of major detours and disruption, since most changes to the central portions of the building are now complete. They expect most remaining construction to be more out of the way.