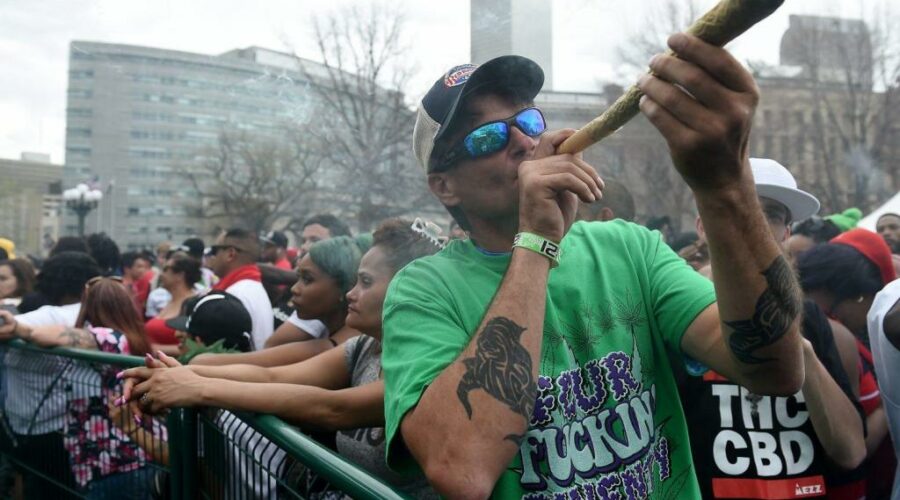 After a social media post promoting Denver’s signature Mile High 420 Fest sparked backlash among locals, the city of Denver took to its official accounts Tuesday to remind tokers that smoking weed in public is against the law.

The original post published by the city and county of Denver on Monday encouraged Denverites to “fight the stigma surrounding marijuana and celebrate the booming cannabis industry here in Colorado!” That didn’t sit well with parents and youth advocates, who noted the Mile High 420 Fest is open to all ages and suggested the post was also inviting kids to join the party, which has historically turned a blind eye open consumption. (I mean, just look at our pictures of previous events.)

Starting in 2023, the event will be restricted to attendees 21 years and up. But since it appeared too late to pivot in 2022, the city’s social media accounts posted a video that outlines state laws regarding cannabis use, including that it is illegal to sell marijuana to minors and drive high. Oh, and “consuming marijuana in public is prohibited.”

We’ll assume that means even if Big Boi, Lil Jon and Talib Kweli are in town.