Death row inmate forgoes special last meal and donates his vegetarian pizza to the homeless, as he writes letter to family of his wife – who he suffocated by stuffing 30-gallon trash bag down her throat – begging for their forgiveness 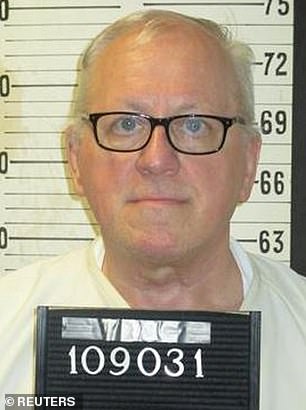 Donnie Johnson, 68, (pictured), was sentenced to death for the murder of his wife Connie Johnson in Memphis. He has asked for his final meal to be given to the homeless and wrote to his children asking them for forgiveness

A Tennessee death row inmate who murdered his wife asked for his final meal to be given to a homeless person and wrote to his children asking them for forgiveness.

Donnie Johnson, 68, was sentenced to death for the murder of his wife Connie Johnson in Memphis. He suffocated her in 1984 by shoving a 30-gallon trash bag down her throat when she was 30 and he was 33.

Inmates in Tennessee can spend up to $20 on a last meal before they are executed. He is sentenced to die by lethal injection on Thursday.

Johnson declined to choose a meal and will instead get what other prisoners receive at Riverbend Maximum Security Institution, The Tennessean reported.

Public Defender Kelley Henry said Johnson had requested that a vegetarian pizza be delivered to a homeless person instead of him getting his final meal, but this request was denied.

Fox 17 reported him as saying: ‘Mr. Johnson realizes that his $20 allotment will not feed many homeless people.

‘His request is that those who have supported him provide a meal to a homeless person.’

In recent weeks religious leaders, including the president of the Seventh-day Adventist Church, where Johnson is a member, had asked Tennessee Governor Bill Lee to grant Johnson clemency in his case.

His supporters claimed the inmate underwent a religious conversion and now preaches to other prisoners, Fox 17 reported.

However Lee announced that he would be denying clemency for Johnson and would allow his death by lethal injection to proceed.

‘After a prayerful and deliberate consideration of Don Johnson‘s request for clemency, and after a thorough review of the case, I am upholding the sentence of the State of Tennessee and will not be intervening,’ Lee told Fox 17.

In a letter, Johnson wrote to his children Cindy and Jason and to his former wife’s family pleading with them to forgive him –  describing himself as a ‘monster’ at the time of her death.

In the letter, obtained by The Tennessean, he wrote: ‘I truly regret my life and what I became in the process.

‘I am and will continue to carry the pain of all the grief that I have caused others to endure and that I have hurt so many others. 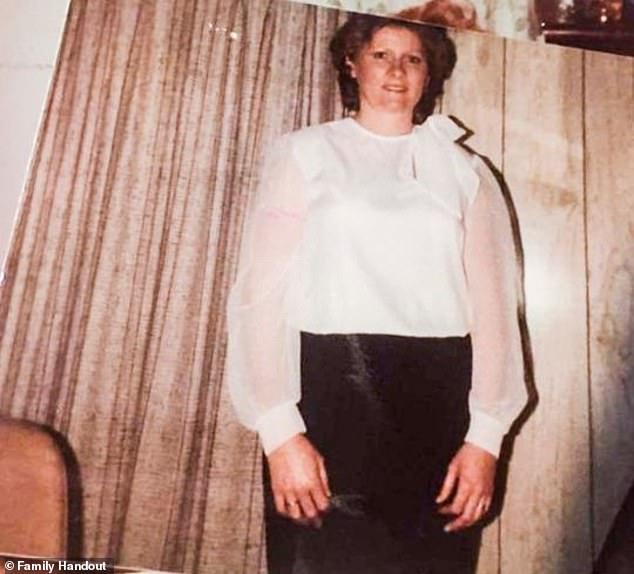 Donnie Johnson, 68, was sentenced to death for the murder of his wife Connie Johnson, (picured), in Memphis. He suffocated her in 1984 by shoving a 30-gallon trash bag down her throat when she was 30 and he was 33

‘It was the life that I had chosen that lead to the darkest day I had ever experienced and not until I took the responsibility for my wife Connie’s death could I receive forgiveness and start on that road to healing.’

According to the state Correction Department, during deathwatch an inmate is put in a cell next to the execution chamber and kept under 24-hour observation with limited visitation.

Johnson’s legal team had asked the state for a reprieve, claiming that he turned his life around s from ‘a liar, a cheat, a con man and a murderer’ to an ordained elder in the Seventh-day Adventist Church ‘with a flock in prison.’

Johnson’s stepdaughter Cynthia Vaughn, Connie Johnson’s daughter from an earlier marriage, was among those that asked Governor Bill Lee to give him clemency. 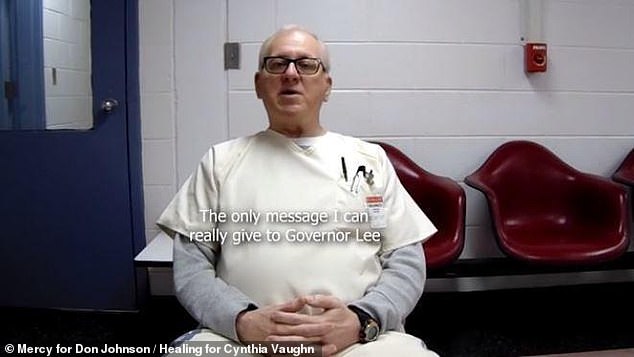 Public Defender Kelley Henry said Donnie Johnson, (pictured),  had requested that a vegetarian pizza be delivered to a homeless person in lieu of his last meal, but this request was denied.

But his son with Connie, Jason, believed that he should have been executed a long time ago.

Connie had worked at a doctor’s office in Memphis — and met Donnie Johnson, Clark said. They later married and had their son Jason together.

In 1984, Donnie Johnson was working at Force Camping Center in Memphis.

Connie Johnson also worked there until about 18 months before her death as she decided to stop because her daughter was starting school, according to The Tennessean.

Johnson had killed his wife there. A Shelby County medical examiner claimed that she had cuts and bruises on her head and had bled internally.  Her body also showed signs of a struggle, indicated that she fought back as Johnson killed her.

Donnie Johnson’s coworker, a work release inmate, helped him move her body to her van, which they left in a shopping mall parking lot. 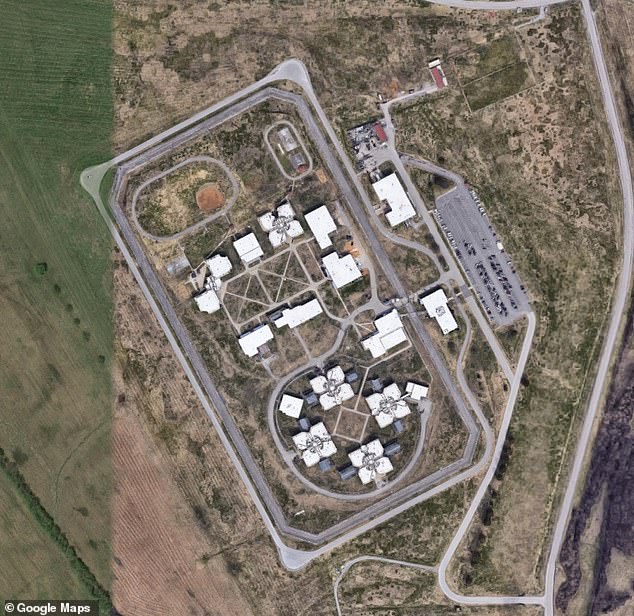 Johnson is sentenced to die by lethal injection on Thursday at Riverbend Maximum Security Institution in Tennessee, (pictured)

Donnie Johnson had spoken about divorcing her before her death, witnesses testified in the trial. He also said that he had previous divorces and couldn’t afford another one.

Police investigating the murder also believed there were signs that Connie Johnson was going to leave her husband, the Tennessean reported.

‘There was testimony that she would have been conscious during the terrifying ordeal and that from one to four minutes would have elapsed before she expired,’ Tennessee Supreme Court Justice William Harbison wrote in an opinion after the murder conviction.

‘The homicide was inhuman and brutal to an almost indescribable degree.’

Johnson had admitted to being previously unfaithful to Connie although he denied involvement with another woman at the time of his wife’s death.

Over a year before her death, Connie Johnson had purchased a life insurance policy  and named Donnie as the primary beneficiary and her sister as contingent beneficiary.

Following her death, both her sister and Johnson had made claims for the policy proceeds of $50,000.

In an interview with WKRN in 2006 from prison, Johnson claimed: ‘I developed a personal relationship with the Lord which transcends anything that words could really express.