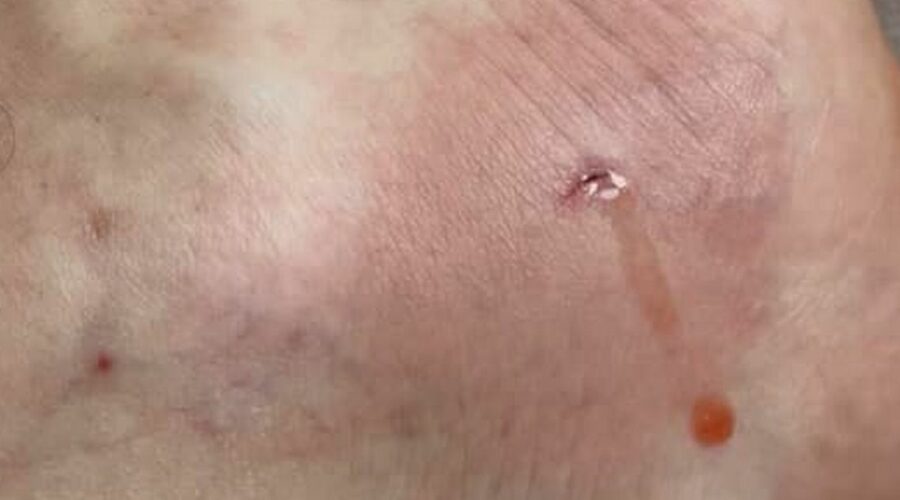 A stingray left a dad suffering three nights of excruciating pain "shooting up" and down his leg in hospital.

Benjamin Koellmann was playing on a Tanjong Beach in Singapore with his family, when he stepped on a stingray which hit back and "felt like a hammer hitting" his ankle.

Stingray attacks are rare on humans as they tend to swim away first, but Benjamin has warned beachgoers of the devastating punch they pack, Nature World News reports.

He wrote on the Nature Society (Singapore) Facebook page: "My family and I were playing in the water at Tanjong Beach (Sentosa) last Sunday. As we were about to leave the water, I stepped on and subsequently got stung by a stingray.

"What followed was three nights in the hospital and some of the most intense nerve pain I’ve felt in my life, not just locally at the site of the sting but also shooting up my leg and down into my foot – and that’s despite constant and generous doses of heavy painkillers (morphine, Tramadol, Panadol, etc)."

Benjamin explained how the on duty lifeguards on March 28 darted into action and an ambulance took him to hospital where he stayed for a few days, still in pain.

He added in his post on April 3: "The pain eventually got better and I was released on day 4. Today the pain is pretty much gone, and I can only see a small scar from the sting. I’m just grateful that it got me and not my son who was about 5 feet away from me in the water!"

The dad also mentioned how a similar stingray incident at a nearby beach was reported on the same day, proving it was not a one off freak accident.

After looking up ways for people to avoid suffering a stingray blow, Benjamin said beach shoes are not enough protection but not lifting your feet at all ensures you cannot tread on one.

Despite the pain inflicted, Benjamin jokingly felt the need to clarify he was not out to seek revenge on the stingray which likely acted in self-defence.

"Also, just to clarify, I’m not in any way mad at the stingray (nor do I seek revenge, as some have suggested). I was in its home and stepped on it, so that’s on me," He wrote.

"I’m sure it was properly scared and hence the defensive reaction was perfectly normal. Nature sure knows how to fight back!!"

According to Healthline, at the end of a stingray's tail are one or more venomous barbed spines covered by a sheath.

Stingrays only unleash the stinger in their back when under threat from predators or are stepped on, which makes it effective in fighting off sharks.