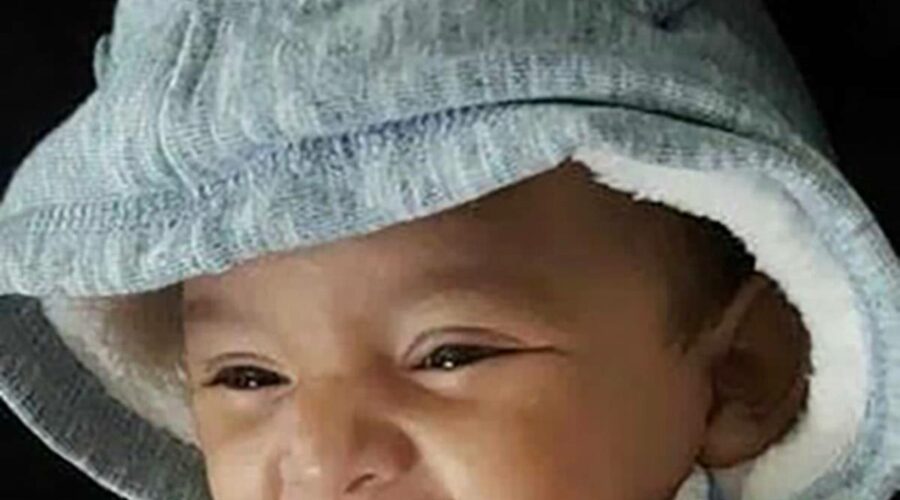 Social workers should have checked the home of an “extremely vulnerable” baby within 24 hours when concerns were raised about his welfare, according to an internal Child, Youth and Family report into the infant’s death.

No one ended up visiting Richard Royal Uddin and less than three weeks later, he was declared dead in Tauranga Hospital.

He died from severe skull fractures similar to those suffered in a high-speed car accident.

Baby Royal, as he was known, was in the care of Surender Mehrok, who was in a casual relationship with Royal’s mother. Mehrok was convicted of manslaughter last year and sentenced to seven years and nine months in prison.

An investigation by the Herald has previously uncovered “unacceptable” breaches of policy and practice at Child, Youth and Family, now called Oranga Tamariki, which included a supervisor downgrading the priority of the case after missing a deadline.

When Baby Royal’s father – who was estranged from his son’s mother – called CYFS with concerns about the infant being in her care, social workers prioritised the case as needing to visit the home within seven days.

This deadline was missed so a CYFS supervisor manually downgraded the urgency of the case to a 20-day timeframe.

By marking the case as less urgent, the CYFS office in Tauranga circumvented the “red flag” system in place and avoided a negative rating for poor performance.

“If Richard’s vulnerability had been recognised sooner, he would have been seen by a social worker and his safety assessed,” Tasi Malu, the Oranga Tamariki regional manager for the Bay of Plenty told the Herald when discussing the case last year.

“This may not have prevented his death, but even with the advantage of hindsight this was unacceptable.”

However, an internal CYF review into the death of Baby Royal obtained by the Herald on Sunday contains details of a significant new detail.

Social workers underestimated the seriousness of the situation when setting the original seven-day deadline in the first place, according to the report, and should have acted with far more urgency.

“The seven-day time frame was not adequate to establish Richard’s safety given his extreme vulnerability,” according to the report released under the Official Information Act.

“In Richard’s case a 24-hour, or at the very least, a 48-hour response time was required to establish his immediate safety.”

The report has been heavily redacted on the grounds of privacy, or to maintain the integrity of a potential Coronial inquiry into Baby Royal’s death.

A spokeswoman said Oranga Tamariki could not comment on the reasons why social workers should have responded within 24 or 48 hours, on privacy grounds.

According to the Oranga Tamariki website, a 24-hour response is coded as “critical” and 48-hour as “very urgent” where children are at risk of serious harm. One example given is of a “seriously chaotic” home environment.

The “report of concern” on May 20, 2016 was made by Baby Royal’s father, Nasir Uddin, who was separated from the infant’s mother, Nikita Winiata.

She had called Uddin “about 20 times” around 1am, according to his police statement, and he could hear his son crying in the background. Uddin thought Winiata was drunk and was sufficiently concerned to immediately call CYFS.

Winiata previously told the Herald she did not abuse alcohol or drugs after Baby Royal was born, but did so after his death to numb her pain.

The couple have since reconciled.

The internal CYFS report into Baby Royal’s death also shows the social workers at the Tauranga branch were under considerable pressure, in particular the supervisor.

“The challenging nature of the supervisory role, particularly allocation of work to meet time frames in times of high volumes, cannot be underestimated,” said the report

The workload at the time of the Report of Concern for Richard was “very high”, said the report, and also distributed unevenly across CYFS teams at the Tauranga office.

One of the recommendations of the report was that the leadership team must take responsibility for workload and “environment issues” that negatively affect the allocation of cases.

“Richard was a highly vulnerable 10-week-old baby in the care of a young mother,” said the report, which noted the baby was not seen by a social worker in the 19 days after the report of concern.

“Concerns had also been raised about the living environment … and there was not evidence of a protective adult in Richard’s immediate environment who could have ensured his safety.”

Downgrading the “report of concern” made on May 20, 2016 after failing to meet the seven-day timeframe had the effect of avoiding a poor rating on the CYFS performance monitoring system.

Tasi Malu said one of the first things which changed when CYFS became Oranga Tamariki in 2017 was the immediate end to the old “traffic lights” system.

An extra 401 social workers had been hired over the past three years, Malu said, which meant average caseload numbers had dropped from 31 to 21 children.

The transition to Oranga Tamariki also identified the Tauranga office as “large and complex” so the site was split into two – east and west – with more staff and management.

“These changes mean there are clearer processes in place, and more support and guidance available for our frontline staff,” said Malu.

The death of Richard Uddin may now be the subject of a Coronial inquiry to investigate the actions of CYFS and the police.

However, any decision on whether an inquest will be held must be delayed until a final hearing in the Court of Appeal.

Surender Mehrok was left to take care of Baby Royal on the evening of June 7, 2016 while the infant’s mother, Nikita Winiata, went out to pick up pizza. She returned 30 minutes later to find her baby lifeless.

No one is entirely sure what happened, but Baby Royal suffered massive skull fractures akin to a high-speed car crash or being dropped from a multi-storey building.

Mehrok admitted inflicting the fatal injuries but claimed he reacted impulsively, rather than intentionally.

He was convicted of manslaughter at a retrial last year but has now lodged an appeal against his term of imprisonment.

Mehrok was sentenced to seven years and nine months in prison and Justice Christine Gordon also imposed a minimum period of imprisonment of 50 per cent.

This means he must serve half of that time before being eligible for parole which, given Mehrok has been in custody since being arrested in June 2016, he has already completed.

Mehrok first appeared before the Parole Board in November where his application for an early release was declined. Once his sentence is completed, Mehrok will be deported to India.

The Parole Board needed more information before they could be satisfied Mehrok was no longer an undue risk to the community.

“We cannot be directing release on parole even for deportation without being satisfied in that regard,” according to the written decision released to the Herald on Sunday.

“We have a legal obligation to the safety of the people in India.”

Now 24, Mehrok will now be assessed by a psychologist before his next appearance in front of the Parole Board in April.

His bid to reduce his sentence will be heard in the Court of Appeal in June.

06/03/2021 World News Comments Off on CYFS report: Social workers should have checked Richard Royal Uddin within 24 to 48 hours after concerns raised just weeks before baby was killed by Surender Mehrok in Tauranga
Markets