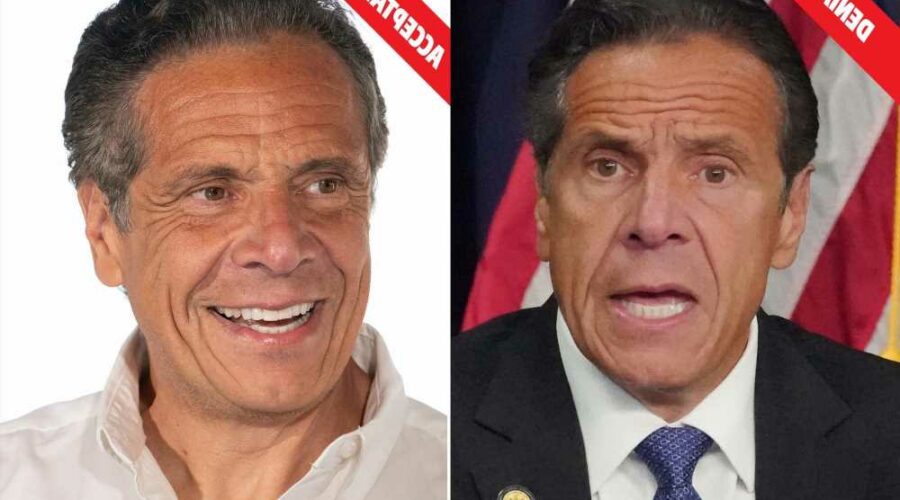 Cuomo’s lawyers just proved he has no credible defense

Cuomo’s comeuppance and other commentary

Andrew Cuomo has had quite a year. A few short months ago, he was heralded as the noblest, boldest and sexiest governor in American history, credited with steering us through the darkest days of the pandemic.

Last week, our gubernatorial Emmy winner and million-dollar author was seen sitting morosely poolside, meditating on the landscaping, wondering where everything went wrong. Cuomo’s triumph over COVID-19 — once the subject of universal acclaim — was in fact a documented disaster, with at least 15,000 nursing home deaths accountable to his policy of insisting that broken-down care facilities admit contagious vulnerable people.

After Trump’s electoral defeat, the wall of silence about Cuomo’s missteps began to crumble, and grumbling over the nursing homes debacle started to draw attention outside conservative cable news circles.

Just then, a trickle of allegations emerged about Cuomo as an importuning sexual predator. Women who worked for him or who encountered him in public situations recounted a pattern of noxious, handsy behavior — perhaps not so monstrous as Harvey Weinstein’s, but certainly sleazy and in violation of the governor’s own stated beliefs and official policies.

At this point, everyone agrees that Cuomo must leave office — everyone, that is, except Cuomo himself, who hopes he can weather this out, despite all the signs.

The governor seems to be wrestling with the famous “Five Stages of Grief,” first articulated by Elisabeth Kübler-Ross to describe how people grapple with the news that they are dying or dealing with a similarly profound shock to the system.

I bring you Cuomo’s Five Stages of Grief:

Denial. Andrew Cuomo is a master of insisting that reality is not as it appears to everyone else. Throughout the pandemic he repeated that he had done nothing wrong, hiding the data, changing definitions, and obscuring the meaning of his own policies. He blamed nursing home operators for not having enough supplies on hand. “Donald Trump caused the COVID outbreak in New York,” Cuomo said in September 2020.

After his former aide Lindsey Boylan accused Cuomo last December of sexual harassment — only a few weeks after he received his Emmy — the governor began his litany of denials. “It’s just not true,” he said. All 11 of his accusers, it seems, are deluded.

Anger. How dare they? In response to harassment accusations, Team Cuomo swung into action to avenge their leader’s betrayal. Cuomo enlisted the uber-feminist “Time’s Up” crew to craft a strategy of disparagement against his accusers, leaking confidential employee records and implying they were crazy stalkers. Cuomo personally called legislators who criticized his COVID actions and said he would “destroy” them. Anger is the governor’s baseline state, anyway, so this came naturally.

Bargaining. OK, mistakes were made. The governor now concedes that his totally innocent gestures of affection may have been open to misinterpretation on the part of their unwilling recipients. Cuomo’s aides put together a slideshow of all the many hugs and kisses he has long dispensed near and far. It’s not his fault if a bunch of stuffy women weren’t receptive to his gemütlichkeit. Didn’t they ever see one of those “Kiss me, I’m Italian!” T-shirts they sell in Coney Island?

Acceptance. Resignation is inevitable. Coming to terms with his precipitous fall and recognizing his own part in it will occupy the rest of Andrew Cuomo’s life. It will require him to undergo ego-death on a scale unseen in the spiritual history of humanity.

Still, don’t count him out. It may take a while following his departure from office — give it eight months — but expect to see a reformed, penitent Andrew Cuomo emerge from a PR chrysalis soon enough, probably with a new book for sale. You can’t keep a good man down.

Seth Barron is managing editor of The American Mind and author of the new book, “The Last Days of New York” (Humanix Books), out now.

07/08/2021 World News Comments Off on Cuomo will resign, but first he needs to get through five stages of grief
Markets