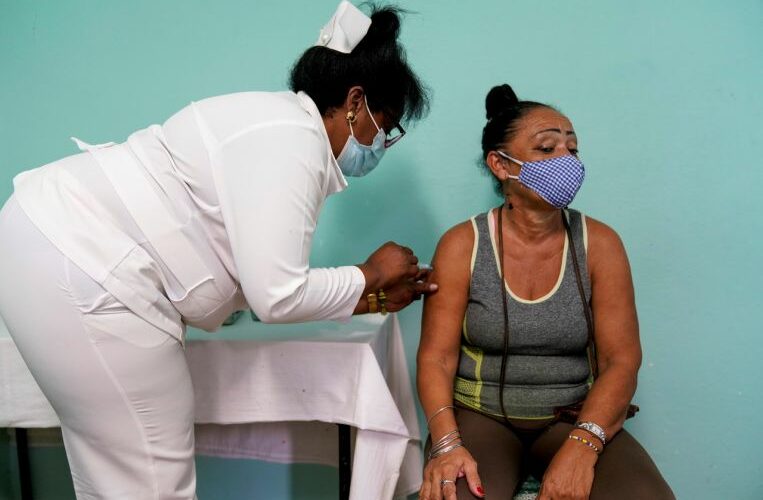 HAVANA (REUTERS) – Cuba has detected its first case of the Omicron coronavirus variant in a person who had travelled from Mozambique, Cuban state media agency ACN reported late on Wednesday (Dec 8).

The traveller, a health worker that resides in Cuba’s Pinar del Rio province, returned to the island on Nov 27 and tested positive for Covid-19 the following day, according to the ACN report.

Cuban health officials identified 18 people the traveller may have been in contact with since arriving in Cuba, but all were asymptomatic and had tested negative for the virus, the report said.

Cuba, a Caribbean island nation whose economy hinges on tourism, sharply eased entry requirements for tourists in mid-November following a successful inoculation drive with domestically developed vaccines. Infections from Covid-19 have dropped off to 1 per cent of their peak, according to a Reuters tally.

Cuba nonetheless tightened restrictions again last week on passengers from certain African countries and others where Omicron had been detected amid the global scare over the new variant.

The Omicron variant has so far been detected in the Americas in Argentina, Brazil, Canada, Chile, Mexico and the United States, but it is just a matter of time before it circulates in more countries, the Pan American Health Organisation (PAHO) warned on Wednesday.

The regional health agency said coronavirus infections have turned up in Canada and parts of Mexico, such as Baja California. Except for Panama, Central America is experiencing a steep decline in cases.

In South America, there has been a steady increase in Bolivia, Peru and Colombia, while Ecuador, Chile and Argentina are reporting a drop, PAHO said.

Research is ongoing to better understand Omicron’s behaviour and the potential risks for the Americas, PAHO director Carissa Etienne told reporters on a webcast news conference.

“The arrival of a new variant doesn’t necessarily mean that things will be worse, but it does mean that we must be extra-vigilant in the short term,” she said.

Vaccines remain a critical tool to reduce hospitalisations and deaths and limit the appearance of new variants, PAHO said.

So far, 55 per cent of the people in Latin America and the Caribbean have been fully vaccinated against Covid-19, and 20 countries in the region have yet to reach the year-end vaccination coverage target of 40 per cent set by the World Health Organisation.

“At the current pace, as many as six countries may not meet the 40 per cent year-end target,” she said.

PAHO, which is purchasing vaccines for the region through its Revolving Fund, said it has secured deals with AstraZeneca, China’s Sinovac Biotech and Sinopharm.