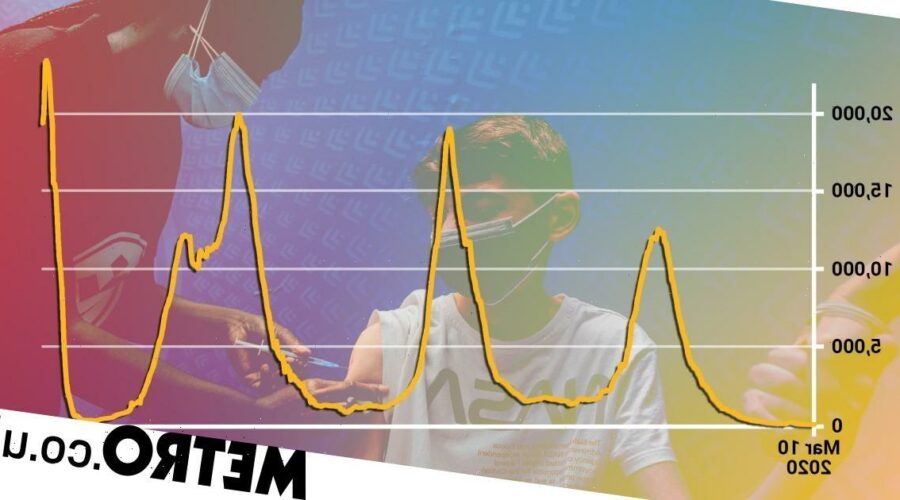 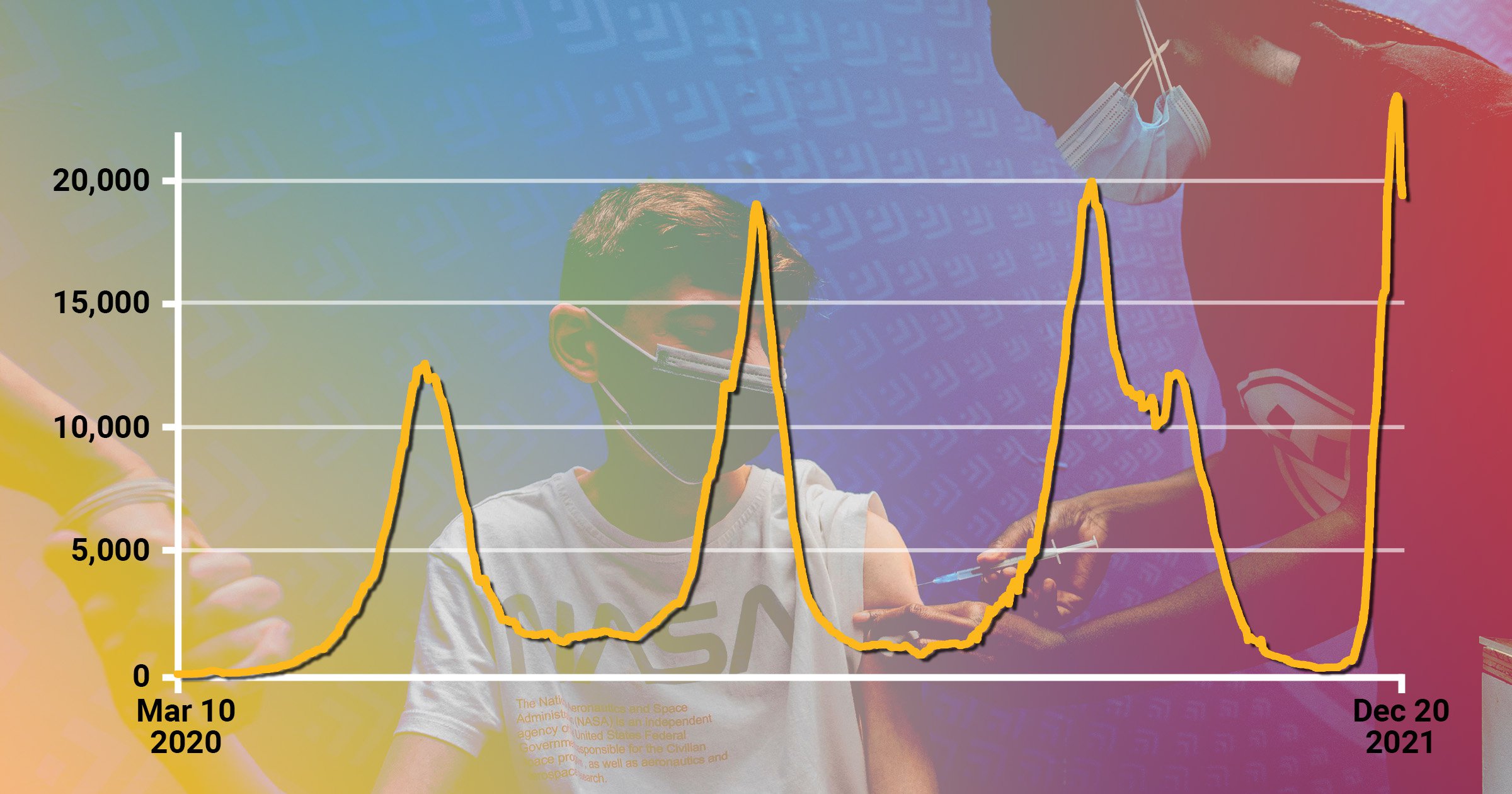 Omicron appears to have peaked in South Africa less than a month after it was first detected.

Hospitalisations also fell by 25% in a week, offering signs of hope to other countries battling the highly transmissible new variant.

Scientists worldwide have been watching closely how the situation develops in South Africa, although many have cautioned that the country’s unique circumstances make it difficult to draw comparisons.

New confirmed cases surged in mid-November until last week, but the numbers of those hospitalised and dying have not followed the same upward trajectory.

On Monday, the president, Cyril Ramaphosa, himself returned to work following a week of isolation after testing positive for Covid.

Confirming the news in a statement his office said: ‘President Ramaphosa repeats his call for everyone in the country to stay safe by being vaccinated, wearing face masks, washing or sanitizing hands frequently, maintaining a social distance and avoiding gatherings.’

But it is feared that this may be because many are leaving the area to return to the countryside for Christmas, taking the infection with them.

Many industries close and there is a lot of internal travel in South Africa over the holiday season, which may also slow the rate of vaccination in the coming weeks.

South Africa has administered over 27 million vaccine doses so that more than 38% of its adult population has been vaccinated, according to official statistics.

But the pace of vaccinations has dropped drastically from an average of about 120,000 per day in November to less than 20,000 per day last week.

The country’s target of vaccinating 70% of its population by the end of the year now appears unattainable.

Despite this, South Africa currently has far higher rates of vaccination than its neighbours, where Omicron is also soaring.

The country also has high levels of natural immunity after being ravaged by previous waves.

This – and the country’s younger population – has led to scientists in the UK cautioning against drawing too many lessons from South Africa’s battle with Omicron.

Since the variant was first identified, it has since spread rapidly around the world and is now dominant in the UK and US but questions remain over how much damage it will cause.

African scientists have stressed Omicron appears milder and have said the UK is over-reacting by implementing tough new restrictions.