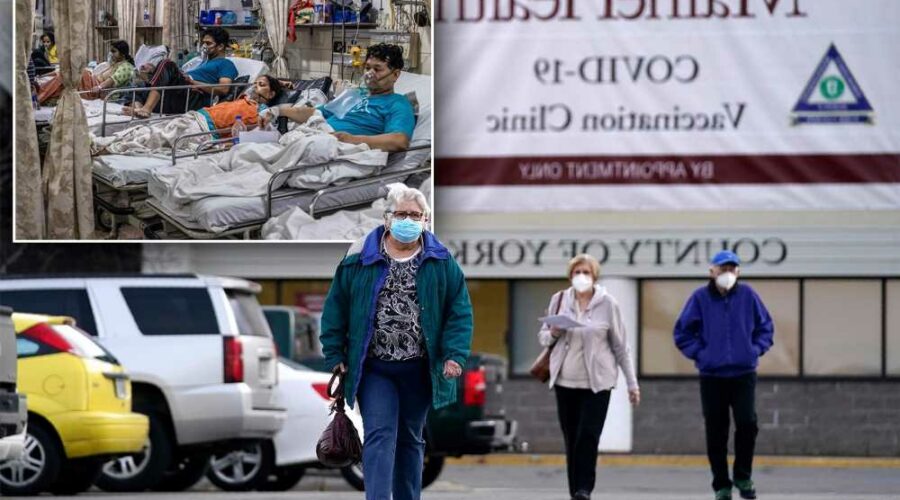 Fauci to graduates: ‘Virus is the enemy – not each other’

A COVID-19 strain first detected in India — which has already been deemed a “variant of concern” in the UK — has been discovered in Maine, according to a new report.

One case of the B.1.617.2 variant has been reported in the state in York County, WGME reported.

So far, 11 variants have been discovered in Maine COVID cases — most of them the B.1.1.7 variant first detected in the UK.

But the variant detected in India — which is now facing a catastrophic surge in infections — is “more transmissible” than the UK one, England’s Chief Medical Officer Prof. Chris Whitty told the BBC.

“We expect, over time, this variant to overtake and come to dominate in the UK,” Whitty said.

Now UK officials are racing to contain the variant — which experts previously warned could kill up to 1,000 people per day, The Sun reported.

It could also hijack the nation’s effort to finally lift all its lockdown restrictions by June, according to reports out of London.

“If the virus is significantly more transmissible, we are likely to face some hard choices,” Prime Minister Boris Johnson told reporters on Friday. “I have to level with you that this could be a serious disruption to our progress.”

The Maine Centers for Disease Control and Prevention has warned that “variants of concern” have increased transmission rates, as well as the severity of disease, based on hospitalization and case fatality rates, the local station reported.

The variants could evade natural or vaccine-induced immunity, according to the agency.