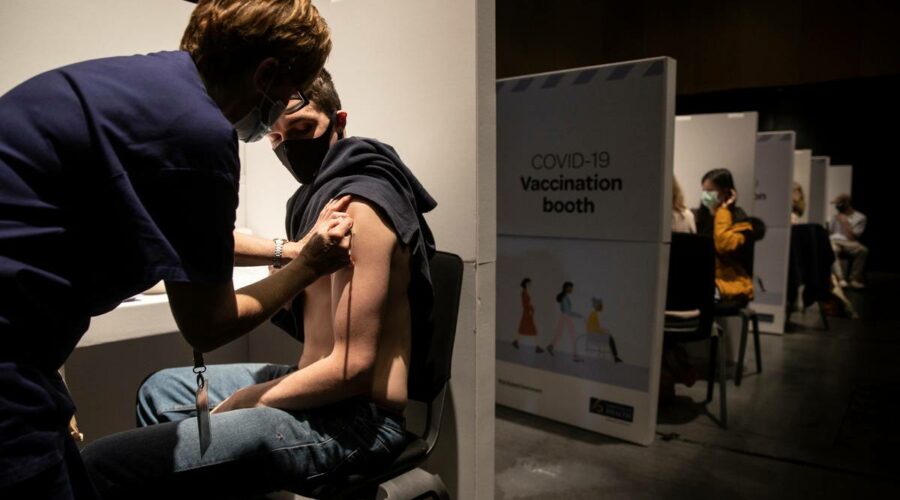 Leading epidemiologists say everyone in New Zealand should plan to encounter Covid-19 before Christmas, and they had better be prepared.

But while Delta is here to stay, one expert says we should not give up on fighting it because the consequences would be disastrous.

University of Otago professor Michael Baker told Morning Report: “Basically I think … all New Zealanders should plan to encounter this virus in the next couple of months and act accordingly, and the number one thing of course is to get vaccinated.”

University of Canterbury Covid-19 modeller professor Michael Plank also told Morning Report: “It does look like Delta’s here and it’s here to stay, but it’s really important that we don’t just wave the white flag and let it rip, because that would be disastrous of course.

“Disastrous for the health system. Disastrous for Māori and Pasifika, who have lower vaccination rates, you know our essential workers out in the firing line. And of course our under 12s are unprotected so it would be disastrous on a number of fronts.

“So we really need to do everything we can to control the spread of the virus and use all the tools we have in the box to keep the rates of community transmission as low as possible while we vaccinate.”

What worried Plank most was if Aotearoa ended up in a situation with immense pressure on the health care systems and a struggle to cope with the impact.

“If you have a health care system that’s struggling, it means that people with other health care needs can’t get treatment.

“So yeah, that’s the situation that worries me the most, and I think we need to do everything we can to try and avoid it.”

Baker said the now-shortened interval between Pfizer doses was right.

Yesterday the Government advised people should have three weeks between doses rather than the earlier recommended six weeks.

“Basically I think … all New Zealanders should plan to encounter this virus in the next couple of months and act accordingly, and the number one thing of course is to get vaccinated,” Baker said.

“We know that means having two doses plus another two weeks after that to get fully protected.

“For example, if you have your first dose next week you’d get your second dose three weeks after that at the start of November, and you’d be fully protected by mid November, so I think that’s really what people should plan to do, and the trouble is, if you have a six-week gap between your two doses, that really pushes that protection right into December, and some people might miss out at that stage.

“I would say that’s really a very good reason to go back to the three-week gap.”

The gap would not make the vaccine any less effective.

“There’s marginally less antibodies generated if it was a three-week interval, but remember, this is still the recommended interval by the manufacturer.

“This is what all the trials were done with, so after your first dose they found that you had about 50 per cent protection against symptomatic infection.

“After your second dose, it rose to 90 per cent within two days and a week after that 95 per cent protection. So it’s extremely high following the manufacturer’s standard approach.”

Plank said there was no “magic number” for vaccinations.

“The more people we get double vaccinated and provided we can keep case numbers from getting too high, the more will be able to progressively loosen restrictions.

“So we’re still under alert level 3 restrictions in Auckland at the moment. Once we get to maybe 70 per cent double vaccinated, we might be able to loosen those and then progressively loosen them as we get to those higher coverage rates.

“But we really need to be aiming for very high vaccination rates.”

Plank said modelling considering the influence of antiviral drugs might make had not been looked at.

“But we do know that these antiviral drugs are very much a second best relative to the vaccine. It’s far better to be vaccinated and protected rather than to risk catching the virus even if you do have an antiviral treatment available.”

“If you can’t find the cases, obviously it makes it much, much harder to control them, so yeah … we have to keep an eye on those mystery cases because we need our contact tracing system to remain functional to protect us from those spiralling case numbers and hospitalisations.”

Testing was crucial and we needed to “up our game on the testing front”.

“We need to also start looking at other options like more saliva testing and rapid antigen testing in some circumstances as a complement to the PCR system and to give us … more options and more layers of protection on the testing front.”