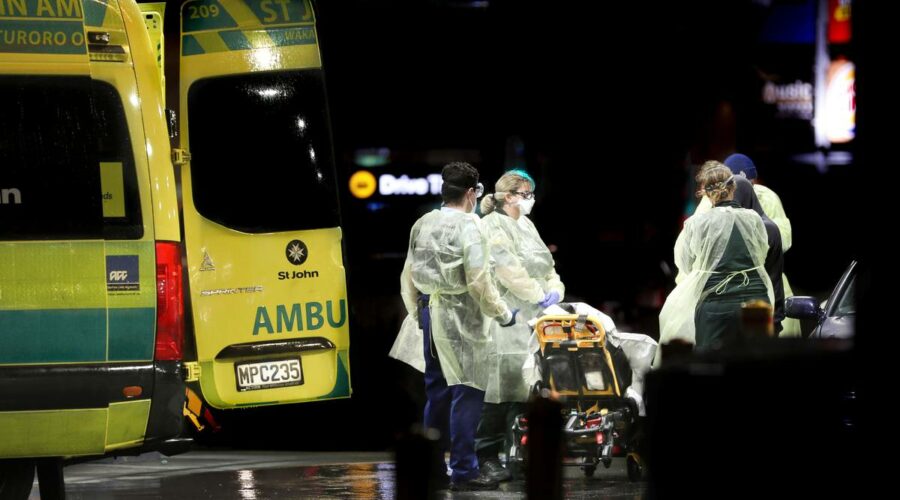 By Rowan Quinn of RNZ

A man whose wife was in “deep distress” because of Covid-19 symptoms struggled to know when to call an ambulance because her oxygen readings appeared fine.

The man, his wife and their five children aged from 8 months to 8-years-old all have Covid-19 and have been isolating at home since November 1.

It was frightening to get the call they had tested positive but things got worse when his wife’s health deteriorated.

“She couldn’t even breathe to walk five steps. She was out of breath sitting down,” the man said.

They were watching her pulse oximeter, a machine for monitoring oxygen levels, trying to decide what to do.

The information that came with the meter said to call an ambulance if the levels dropped below 95, but they were reading as 96 and 97, he said.

When they eventually called an ambulance, the crew said the reading was wrong.

“When they gave the reading on her, her oxygen was well below 90,” he said.

“So we hadn’t rung an ambulance when she was in deep distress.”

She was rushed to Auckland Hospital where she spent five days in a high dependency unit, receiving “out of this world” care and was now home with her family, he said.

GP Api Talemaitonga said the case showed how challenging it could be for people isolating at home to make medical decisions.

“They’re non-medical people having to deal with machines, like a pulse oximeter, it can be kind of daunting.”

He urged people with Covid-19 to make contact with their doctor or, if they did not have their own, one in their community, with Pacific doctors ready to help if people needed it.

The father said their 8-month-old baby developed a high fever and abnormal breathing.

They called a local doctor who gave them good advice on managing his fever and told them to call an ambulance if it got worse, he said. The baby kept eating and drinking and rallied.

Earlier, the father said he had asked the Ministry of Health team doing phone checks if he could have a thermometer but it said it did not provide them.

The family only got a pulse oximeter a week into their isolation, he said.

Instead, the Fono, a Whānau Ora provider supporting Pacific families with Covid-19 in the community, had given them both devices.

They had been much more supportive than government agencies, helping them quickly with food and supplies and anything they needed, he said.

The man was the only one in the family who was vaccinated – his wife had a medical exemption because of a pre-existing condition, and the children were too young.

He got away with just a headache and the children had mostly been well, he said

They caught the virus at a family gathering, something he felt responsible for, he said.

Though home isolation had been tough, he would rather be there than in managed isolation but he would like to see Pacific providers like the Fono take a lead role in supporting Pacific families, he said.