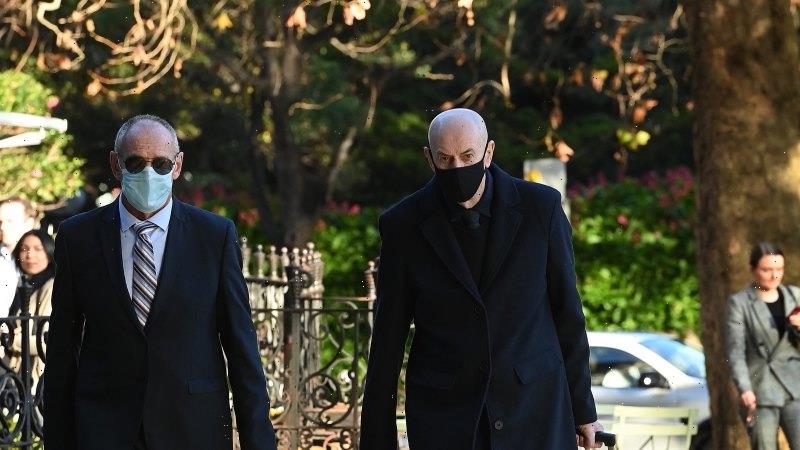 The murder trial for Christopher Dawson has heard another variation to events where the teacher and former rugby league player allegedly sought a hitman to kill his wife Lynette in the early 1980s.

Giving evidence in the NSW Supreme Court on Tuesday, Toni Melrose-Mikeska said Dawson’s second wife, known only as JC, confided in her about her husband after the pair broke up in 1990. 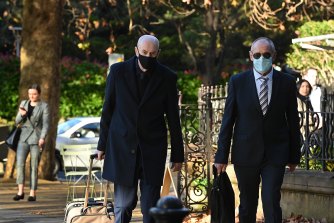 JC told her that if she didn’t make it to the police, Melrose-Mikeska was to tell them about an alleged visit to a pub in the early 1980s where Dawson handed over an envelope to a man a few days before Lynette disappeared.

“[JC] said, ‘I think he murdered his first wife’,” Melrose-Mikeska told the court.

Melrose-Mikeska was working at the Dreamworld theme park as Coo-ee The Gumnut Fairy when she met JC in 1987.

Another witness, Karen Longhurst, who was friends with JC and Melrose-Mikeska, was also asked to go to the police if JC didn’t make it because of suspicions that Dawson had murdered his wife. 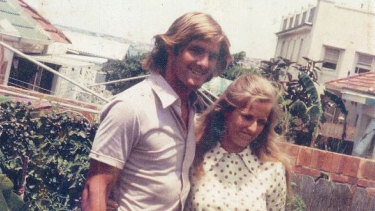 Giving evidence last month, JC said she had driven to a building south of the Sydney Harbour Bridge. Upon returning to the car, Dawson allegedly told JC he had gone inside to hire a hitman but had changed his mind because innocent people could be killed or hurt.

In a police statement by JC in May 1990, she said Dawson had only told her he had attempted to hire a hitman a few weeks after the car ride.

Dawson, 73, is accused of murdering his wife on January 8, 1982 so he could have an unfettered relationship with JC who was a student at his former high school and the family babysitter. He has pleaded not guilty to the charge.

Melrose-Mikeska spoke of an incident in 1989 when JC had applied to play indoor cricket with her while living on the Gold Coast. At the time, she said Dawson scouted out the venue before giving her permission to play. 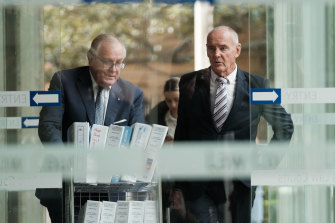 Chris Dawson (right) is facing trial for the murder of his wife Lynette.Credit:Oscar Colman

Dawson’s barrister Pauline David suggested that because her client was a physical education teacher, it would not have been unusual for him to check out the indoor cricket ground because of his love of sports.

The court also heard evidence about Dawson’s control over the relationship from Longhurst, who detailed how she had invited JC to come with her to the Pacific Fair Shopping Centre on the Gold Coast.

JC had to check with Dawson to see if she could go and also get permission about what she could wear, Longhurst said.

At the shopping centre, JC did not buy anything and brought along her own packed lunch which she ate in the car, Justice Ian Harrison heard.

“I felt [JC] was naive and probably in a controlling relationship and didn’t realise it until she started speaking to other people,” said Longhurst.

She admitted she had only heard details of the relationship from JC, but thought her friend would have no reason to make up tales about her husband.

An acquaintance of JC’s, Karen Cook told the court JC had limited funds to run the house. Her husband controlled the cash, giving her “housekeeping money”.

When asked about Lynette, JC simply said she had left her husband and two daughters without making contact afterwards, Cook said.

She admitted she had changed her opinions about what had allegedly occurred, eventually expressing sympathy towards JC after listening to The Teacher’s Pet podcast released by Hedley Thomas in 2018.

Kristin Hardiman, an artist who met Lynette in the weeks before she disappeared, gave evidence of being commissioned to paint portraits of the Dawson children.

In mid-January 1982, she called to say the paintings had been finished. Dawson himself answered the phone, saying his wife had left and didn’t want the pictures anymore.

“I remember getting off the phone and thinking it was very, very strange,” Hardiman said.

The hearing continues on Wednesday.