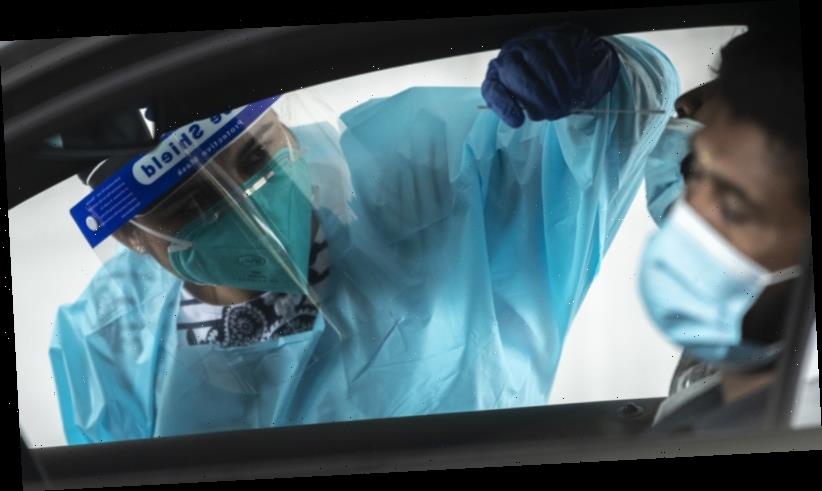 Here's what is making news on the front pages of The Sun-Herald and The Sunday Age this morning, Sunday, January 10.

With the government mandating face masks in shopping centres, on public transport and in other indoor spaces only last weekend, Mr Perrottet said he was in favour of winding the restriction back if the state's COVID-19 situation continued to improve. 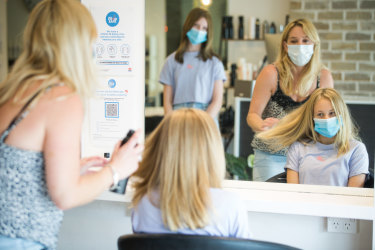 "Face masks are more preferable than lockdowns but ultimately if we get back to a steady state, there may be an opportunity to move back and forth in that space, instead of putting tighter restrictions on businesses and broader society," Mr Perrottet told The Sun-Herald.

"You could move back and forth to keep the rest of the economy in a steady state."

Mr Perrottet said he was most focused on allowing hospitality venues and churches to return to the one person per two square metres rule – rather than four – as well as releasing restrictions on weddings and funerals "as quickly as possible".

"If there's a choice between face masks and the two square metre rule, we will prioritise releasing restrictions and opening up society as much as possible," he said. "It's a balancing act tying in with health advice but it depends on circumstances at the time."

Anyone who attended the following venues at the times listed below is a casual contact who must get tested immediately and self-isolate until a negative result is received.

If any symptoms appear, get tested again.

Anyone who attended the following venues at the times listed below should monitor for symptoms and, if they occur, get tested immediately and self-isolate until a negative result is received:

The Burwood venues announced yesterday have been removed from the list of venues of concern, as an expert panel has determined the person was not infectious when they visited.

Anyone who used the following public transport routes at the times listed below should monitor for symptoms and, if they occur, get tested immediately and self-isolate until a negative result is received:

There are more than 350 COVID-19 testing locations across NSW, many of which are open seven days a week. To find your nearest clinic click here or contact your local GP.

Sydneysiders and Melburnians looking to find out whether they have been to a venue recently visited by someone later diagnosed with coronavirus can now do so more easily thanks to a new service that overlays alert locations onto a map.

The website covid19nearme.com.au was built by a Sydney data expert and uses information provided by the NSW government’s COVID-19 data program and Victoria's Department of Health and Human Services Victoria to visualise a long list of venue alerts put out sometimes multiple times per day.

The map, embedded below, doesn't include public transport routes in NSW. They can be found on the NSW government’s official list of locations.

Interact with the venue alert map:

The Queen gets COVID-19 vaccine

Buckingham Palace officials said in a statement that the 94-year-old monarch and Philip, 99, received their jabs Saturday, joining some 1.5 million people in Britain who have been given a first dose of a vaccine.

The injections were administered at Windsor Castle, where the queen and her husband have been spending their time during the lockdown in England.

Royal officials said they took the rare step of commenting on the monarch's health in order to prevent inaccuracies and further speculation. The queen “decided that she would let it be known she has had the vaccination,” the palace statement said.

On December 8, Britain became the world's first country to begin a mass vaccination drive against the coronavirus. The government says it is aiming to deliver the first vaccine doses to some 15 million people in the top priority groups by the middle of February.

That includes everyone over age 70, as well as frontline health care workers, care home residents and anyone whose health makes them especially vulnerable to the virus.

From last night: Melburnians wait week for test results due to IT outage

Frustrated members of the public who have been waiting a week for test results from Melbourne's Frankston Hospital have been promised results in the next 24 hours, Rachael Dexter reported last night.

Peninsula Health confirmed that delays from an "unplanned IT outage" this week with private pathology provider Dorevitch was to blame for the still outstanding results.

Earlier this week the Department of Health said there had been 10,000 negative test results caught up in the IT glitch but insinuated all had since been forwarded to people who were tested.

But at least one Melbourne woman, who attended a Black Rock exposure site, said she was still waiting for results on Saturday night after being tested last Sunday.

Emma, who did not wish to use her surname, said she had been trying to follow up her results with the COVID results hotline each day since Wednesday.

"What’s frustrating me most is that every number I’m directed to call they won’t pick up," she said.

She said each time she had called she received a message saying the service was overwhelmed at this time. When she called on Saturday she received the message that the hotline was not monitored over weekends.

"I won’t do it next time, I just think it's totally unacceptable to do the right thing to be left with no answers at all."

Peninsula Health did not reveal how many test results were caught up in the week-long delay, but Peninsula Health’s Executive Director of Medical Services, Shyaman Menon thanked individuals for their patience and said the issue was resolved.

"We continue to strongly encourage anyone experiencing even the mildest symptoms to get tested immediately."

Anyone who wants a specific update regarding their test or have not received their results in the next 24 hours have been advised to speak with Peninsula Health’s COVID-19 Response Team directly: [email protected]

Welcome to our live blog

Good morning and thanks for joining our live – and free – coverage of the coronavirus pandemic. This is Mary Ward in Sydney bringing you this morning's updates.

Here's a quick recap of where we are as we start the day:

Stay with us as we follow these stories and new developments. If there's something happening in your community which you think we should know about, send me a tweet or contact us using the form below.