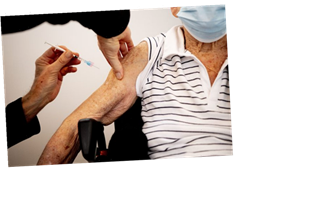 BRITAIN'S superspeed vaccine rollout could be "paralysed" in the coming weeks as Covid-hit India stalls on supplies.

Our incredible jab effort – the key to getting Britain back to normal life as quickly as possible – is expected to be held up as India grapples with its own covid crisis and may be considering stockpiling the vaccines for itself.

Adar Poonawalla, CEO of the Serum Institute of India (SII) which is manufacturing the UK-bound AstraZeneca vaccine, said the forecast slowing of supplies is nothing to do with his firm not producing enough.

"It is solely dependent on India and it has nothing to do with the SII. It is to do with the Indian Government allowing more doses to the UK," Poonawalla told The Telegraph today.

The news comes as the UK's incredible vaccine rollout appeared to be taking effect with daily Covid deaths plummeting.

The number of deaths from coronavirus being reported per day is falling at a faster rate than it did towards the end of the first wave, figures show.