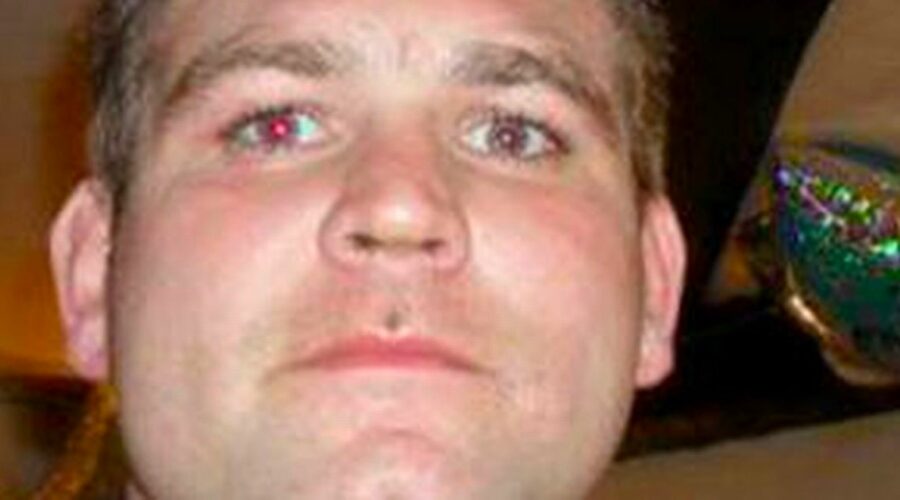 A convicted killer was sentenced to jail after 'barking' at a barmaid in a bizarre Violent Offender Order breach.

Eddy Ives, 34 was seen by a barmaid, who knew of him and his history, at The Rose pub in Gravesend barking through the window, on January 25.

As he loudly entered the pub the former boxer was said to have been boasting about stealing meat from another shop in town.

Maidstone Crown Court heard that Ives hovered near the bar, and when asked if he needed help he looked the barmaid up and down saying ‘’I know what you want’’.

Donal Lawler, prosecuting, said that he grabbed her wrists after he paid for her drinks, which left her feeling scared, and asked for her phone number.

The prosecutor added that he then asked if she had a boyfriend, and was starting to intimidate her as she worried what he would do next.

His "beyond terrified" victim went home and even moved out of the area for a period after being told not to return because Ives had been "back looking for you".

Ives, from Leysdown in Kent, was later seen pushing another woman and trying to punch and kick a man who was standing at a bus stop.

The former champion and Olympic hopeful boxer was on a Violent Offender Order after his release from jail in September for manslaughter after beating Ben Mahoney to death in a row in a kebab shop in 2013.

The pair had argued over Ives’ attitude towards staff at the House on the Hill kebab shop in Dartford, Kent.

After the attack, Ives demanded compensation from his victim's friend to clean his shirt and swiped food and drink off the shop counter.

The father-of-two was banned from entering Dartford under the terms of the order and was also told not to be drunk or on drugs in a public place.

The order also banned him from engaging in behaviour likely to cause harassment, alarm or distress.

He was jailed again for 36 weeks after admitting breaching the order at Maidstone Crown Court, but was released due to time served on remand.

He was also banned from going within 100m of the pub for the rest of his life.