The Australian Medical Association is urging the Victorian government to repair what doctors say is “chronically poor” communication between GPs and hospitals, by establishing a division of general practice within the state’s Health Department.

General practitioners say people are getting rejected for surgical procedures for “arbitrary” reasons, medications are being changed without their knowledge, and in some cases, hospitals are failing to notify GPs when their patients have died, and that the poor or delayed communication is putting patients at risk. 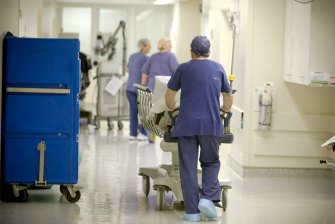 Victorian doctors are calling for a “division of general practice” within the Health Department.Credit:Glen Hunt

In a submission to the Victorian budget, which is due to be handed down early next month, the doctors’ group is calling for a “division of general practice” to be established.

General practice is typically seen as the purview of the federal government, which partially funds the private sector via Medicare rebates. But doctors have argued the COVID-19 pandemic, an ongoing crisis of delayed care, and increasing numbers of sick patients have highlighted the need for better collaboration between the state and federally funded parts of the health system, including GPs and hospitals run by state governments.

The Victorian government funded GPs to help vaccinate those in vulnerable communities during the pandemic and a state government spokesperson said “work is already underway to strengthen these relationships further as we shift to living with COVID”.

That work includes a new GP advisory group being established by the department.

Australian Medical Association Victoria president Dr Roderick McRae welcomed the advisory group as a “first step” but said he stood by the need for a new unit within the department focused on how to better integrate primary care with the broader health system.

Some public hospitals continued to rely on fax machines to communicate, the association said, resulting in lost referrals and hundreds of pieces of paper “printed, faxed and refaxed”.

“It’s sensible to have an investment in accurate and timely communication,” McRae said.

“I continually hear that a general practitioner had no clue [their patient] was even in hospital.”

Melton GP Alastair Stark said doctors had been battling to receive timely hospital discharge summaries for their patients for “years and years”.

In rarer cases, Stark said he has not been notified by the hospital when his patients have died.

“This is particularly upsetting because often I have known the patient for 15 or more years,” he said. “I am being phoned up and informed by the families that they have died when I should have been given this knowledge from the hospital.”

Stark said patients’ referrals to hospitals were also “a bit of a nightmare.” He said new statewide criteria for referrals meant increasing numbers of his patients were being rejected “on arbitrary criteria”.

In one case recently, he had a patient rejected for surgery for a cyst because this particular type of cyst was not listed in the conditions of the criteria list.

“I have to be frank, I’m always looking at the other alternatives rather than sending patients into a public hospital,” Stark said, adding many of his patients could not afford to pay for their procedures and ended up on “massive lists at the whim of the hospital”.

“I will try and persuade patients to pay if they can. It’s terrible and it shouldn’t be like that.”

Dr Bernard Shiu, a Victorian representative of the Royal Australian College of General Practitioners, said it could take more than a month for GPs to be sent the hospital discharge summaries for their patients. 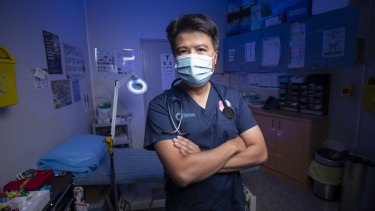 Shiu said the letters that were received from the hospitals were sometimes handwritten, and difficult to read, meanwhile some hospitals had rejected GP referrals for patients to be seen because it was not sent in the format they preferred.

The medical association’s calls for a division of general practice headed by an experienced GP in a deputy secretary position is one of dozens of recommendations made in its hefty budget submission.

“This role should oversee the development of structures and practices to improve hospital and GP collaboration, and thus community care,” the submission said.

The Australian Medical Association is also calling for an urgent campaign to encourage people to have regular GP check-ups, amid estimates thousands of cancer diagnoses have been missed in Victoria since the pandemic began.