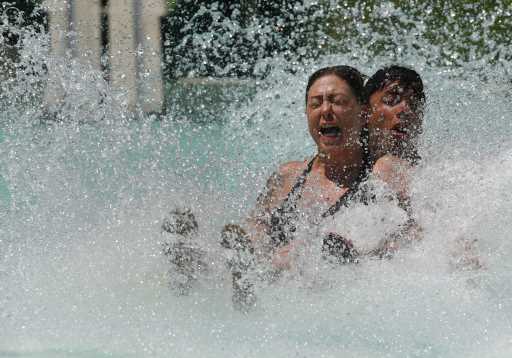 Another round of triple-digit heat is forecast across Colorado for the remainder of this week as a ridge of high pressure moves in from the west. This time most of us won’t see temperatures stay above average for too long, but those on the Western Slope may see temperatures hover around 100 degrees through early next week.

The Denver weather forecast calls for temperatures to rise to 100 degrees on Thursday challenging the record high of 103 degrees for the day. Although we may not get to 103 degrees, if we hit 100 on Thursday, it will mark our fourth 100-degree day of the year and will tie us for the fifth most triple-digit days for any year. The most 100-degree days Denver has ever seen in a year was back in 2012 when there were 13 days where the mercury level rose above the century mark.

On Friday, a similar forecast is expected as temperatures could push to 98 degrees in the Mile High City. The record high temperature for Friday is 98 degrees so breaking or tying a record seems more feasible. Our friends to the south in Pueblo are also forecast to have triple-digit heat with them on Thursday and Friday adding to the 5 days of 100-degree heat the city has already felt this year.

In Grand Junction, a long stretch of above-normal temperatures is forecast as temperatures hover around 100 degrees for the foreseeable future.

The National Weather Service in Grand Junction is calling for temperatures to rise between 105 and 108 degrees. Grand Junction has had nine days of 100-degree heat this season already. The city’s record number of 100-degree days sits at 22 days from back in 2002. The current forecasts calls for several days to reach 100 degrees through next week including a high of 106 degrees on Friday which, if reached, will tie the all-time record high for July.

The heat that we are about to feel isn’t just impacting Colorado, much of the Western U.S. and southwest Canada are bracing for another intense dome of heat. This season has already brought record-shattering temperatures to much of the west and most of us have not even reached the time of the year where temperatures peak which portends that an intense fire season may lie ahead.

The forecast for eastern Colorado shows a cooling trend for this weekend after a cool front moves through Friday night. This will increase our moisture chances and decrease our temperatures for the weekend. Temperatures will slowly begin to rise back to normal levels by early next week. Meanwhile, the western side of Colorado is not expecting much relief from the late-week cool front but rather, above normal temperatures are expected in that area of the state through midweek next week.