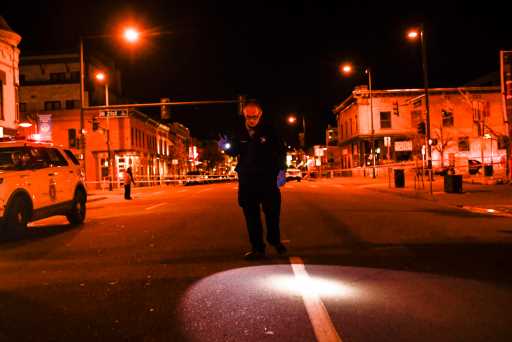 New statewide Colorado crime data shows more people were killed in homicides last year than in any other year in at least the past decade.

That statistic is one of many found in data released this week by the Colorado Bureau of Investigation that offers the first glimpse at how the pandemic, an economic recession and massive protests against racist policing affected crime across the state in 2020. Previously, data was only available from individual agencies.

The crime data will play a part as Colorado lawmakers once again debate significant changes to the state’s criminal legal system. Some have pointed to spikes in certain crimes as a reason to not implement changes to the system.

Statewide trends often are driven by changes in the largest communities. Both Denver and Aurora saw a significant increase in homicides and shootings last year.

The release Tuesday of the data signals a shift in how the Colorado Bureau of Investigation will release crime statistics moving forward. The agency will now release data on a rolling, monthly basis.

“This shift in the availability of the statistics not only ensures Colorado is more aligned with the FBI’s quarterly reporting practices, but more importantly it provides increased transparency involving statewide crime data, and eliminates the lag that occurred in the past,” CBI Director John Camper said in a news release.

Colorado law enforcement recorded 293 criminal homicides in 2020, up 29% from the 227 recorded in 2019. That’s more than three times the 95 recorded in the state in 2010. The number of homicides generally has been on an upward climb over the past decade, data from CBI shows.

But even the 2020 rate of 5 homicides per 100,000 Colorado residents is lower than the per capita rates seen in the late 1980s and early 1990s. Homicide rates in the state have generally fallen since 1985, according to data collected by the FBI.

At least 44% of people killed in homicides in 2020 were killed by someone they knew, the state data shows.

The number of theft and burglary cases grew between 2019 and 2020, though the 2020 numbers were lower than those recorded in other recent years.

But data about theft tells a different story. Thefts from residential properties grew by 18% from 2019 to 2020 while thefts from commercial properties dropped by 14% in that same time.