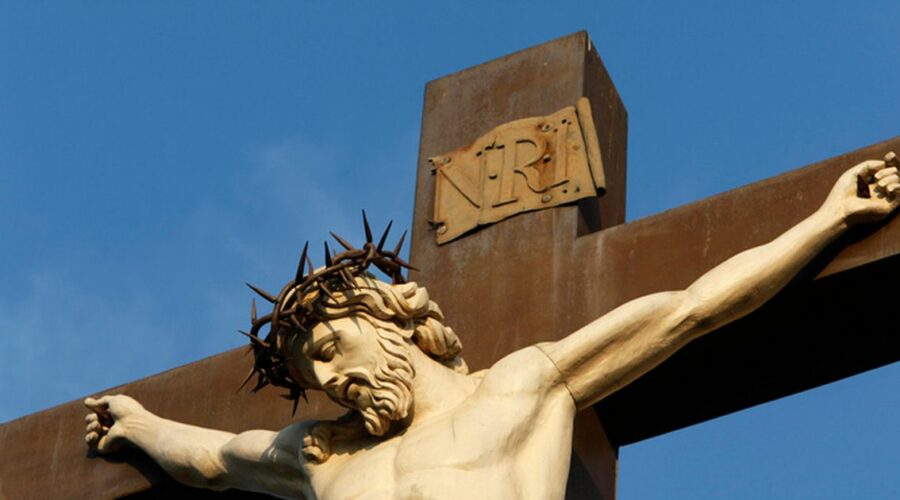 A Nigerian college student has reportedly died while taking part in a demonstration of how Jesus Christ died on the cross, as part of Easter festivities.

An undergraduate at the Clariantian University of Nigeria in Nekede slumped and then fell down during a Passion of the Christ reenactment, reports Nigerian newspaper Vanguard.

A university source told the paper that initially people thought it was a "joke" and part of the performance.

However, when the person began to bleed after falling, everyone realised it was serious and they was then rushed to hospital.

The source said: "At the time the incident occurred everybody came together and rushed the deceased to a school hospital and later, when the case became worse, he was taken to a nearly Federal Medical Center, FMC.

"It was from there we heard he could not survive it.

“Initially when it happened we thought it was a joke, and that it was part of the drama, it was when he could not get up that was when we knew it was a serious matter and he was rushed to hospital.”

The Daily Star has approached Clariantian University for further information on the alleged incident.

While the injuries Jesus sustained during his crucifixion are well documented, namely the nails through his hands and feet, being speared by a Roman soldier and collapsing while being forced to carry the cross to his resting place, there is a theory that our saviour's cause of death arose from a separate injury. Doctor-turned-priest Rev Prof Patrick Pullicino, believes Jesus may have died as a result of complications from a shoulder wound and from being stretched out on the cross.

Rev Prof Pullicino bases his evidence from the controversial Turin Shroud, and in particular from analysis of the shoulder position.

He postulated that when Jesus was crucified, his being stretched would have ruptured the subclavian artery, which is a pair of large arteries in the thorax that carry blood to the head, neck, shoulder and arms.

There is also a possible explanation for why "blood and water" poured out of Jesus' body.

The blood could have built up in the cavity between the ribcage and the lungs, around three pints of it, while the "water" could have been cerebrospinal fluid, which has a translucent appearance.

“Because of this right arm stretching, the right subclavian/axillary artery was also subjected to stretch, as it was one of the only remaining intact structures connecting the body and the right arm," the Telegraph reports Pullicino argued.

“This would cause the stretched subclavian artery to move across the rib surface with each breath and its underside would be subject to friction.

“This paper postulates that over the course of three hours, the subclavian artery became abraded, injured and its wall attenuated until finally the artery ruptured and profuse bleeding ensued.”