The scroll by the Chinese communist leader Mao Zedong was stolen by thieves from an art collector’s home during a massive burglary. Hong Kong Police said the thieves sold the piece for a fraction of its value.

The scroll was also cut in half as it was seen to be too long to display, according to the police officials.

The owner of the damaged scroll said its value was “definitely affected” after it was cut up.

The scroll has handwritten stanzas of poetry which were written by Mr Mao, the founder of the People’s Republic of China.

The owner said the scroll is estimated to be worth approximately $300 million (£230 million). 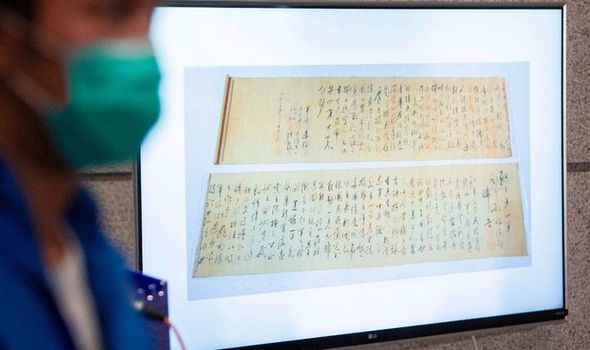 In September, a major heist took place in which the scroll was stolen.

Three men broke into Fu Chunxiao’s home who is a well-known collector of revolutionary art and stamps. 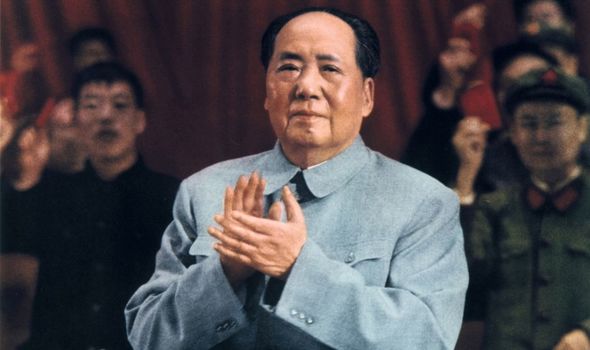 The art collector was reportedly in mainland China when the robbery took place last month.

The thieves sold the artwork to another collector for HK$500 (£50).

According to The South China Morning Post, the buyer thought the artwork was fake.

The purchaser then realise the police issued a public appeal for the work and he then surrendered the pieces of scroll. 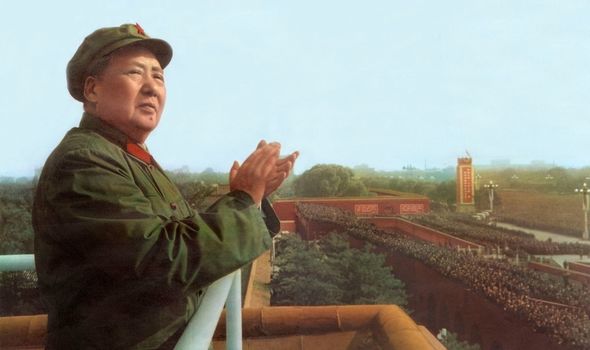 Senior superintendent of the Hong Kong police, Tony Ho, said: “Someone thought the calligraphy was too long… and difficult to show and display.

Mr Fu told the South China Morning Post: “It was heartbreaking to see it be torn into two pieces.

“It will definitely affect its value but the impact remains to be seen.”

Police arrested the buyer on suspicion of handling stolen property after he purchased and surrendered the scroll. 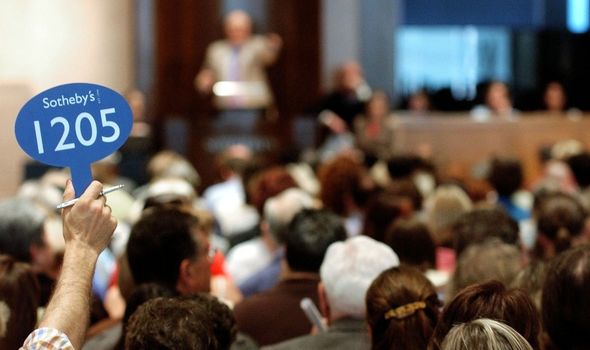 But he has now been released on bail.

One of the suspected thieves has been arrested for stealing pieces from Mr Fu’s home.

But the other two burglars still remain at large.

Last year a calligraphic autograph letter handwritten by Mr Mao was auctioned by Sotheby’s for £519,000.

It was signed by the communist leader in 1948, a year before the Communist Party of China was established.