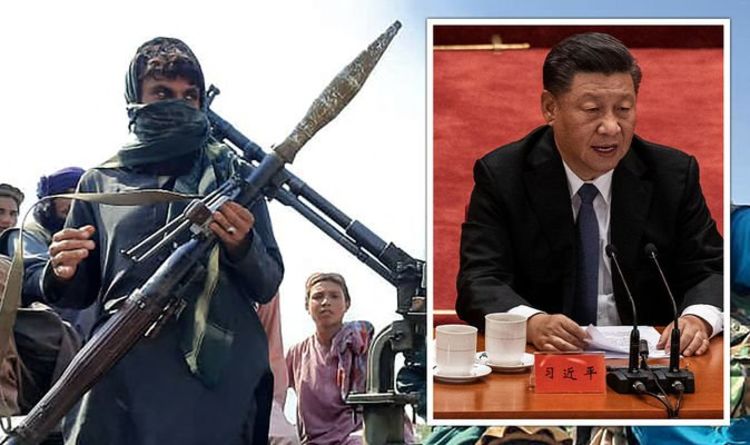 Crises in countries around the world this year have prompted an international response. One major crisis has been the fall of Afghanistan to Taliban rule, amid the withdrawal of the US and its allies from the country. There have also been significant conflicts relating to countries such as North Korea and Myanmar, which have also posed a challenge to nearby China.

Now the Taliban are back in power in Afghanistan, China is already working to secure its future relationship with the country it shares a land border with.

But as well as forming a good relationship with the Taliban, Chinese leaders have also expressed that the Taliban must cut its ties with extreme terrorist forces.

Under the previous Taliban rule in Afghanistan, the country became a safe haven for terrorist groups such as Al-Qaeda.

The current situation in Myanmar has also prompted foreign powers to intervene, with the UK Government introducing some sanctions.

Seven months ago, the military took control of Myanmar in a coup, and many countries have condemned the army for its actions.

Now the National Unity Government (NUG), the self-declared shadow opposition government, is calling for a revolt in Myanmar as part of a “defensive war”.

Speaking in a video posted on social media, NUG acting president Duwa Lashi La called for revolt “in every village, town and city in the entire country at the same time” and declared a state of emergency.

In its approach to the Myanmar crisis, instead of aligning with many countries in the West, China appears to have taken a different approach.

As Reuters explains, China has considerable economic interests in Myanmar and has taken a softer line in pushing for stability and non-interference.

Earlier this week, it was reported that China’s foreign minister will visit South Korea soon.

Discussions between China and North Korea about denuclearisation appear to have hit a stalemate.

China aimed to dissolve North Korea’s nuclear and missile programmes, under the proviso that US sanctions relief would be implemented, but this has not come to fruition.

South Korea’s foreign ministry said in a statement: “The two ministers plan to exchange in-depth opinions about the situation of the Korean peninsula and regional and global issues.”

According to an expert, the situation in the three countries currently in crisis is a “test” for China on the international stage.

Thant Myint-U, a Burmese historian and former presidential adviser, told the Guardian: “Afghanistan, Myanmar, and North Korea are all tests for China as a rising superpower: of whether Beijing, at a time of American withdrawal, can fill the vacuum in a skilful way.

“We’ve seen the western approach to failing states, rooted in ideas around elections, democracy, and human rights but we don’t really know what China, which in recent decades has been reluctant to export its own model of development, would do instead.”

08/09/2021 World News Comments Off on China neighbour crisis: How China is tackling THREE crises in nearby countries
Markets