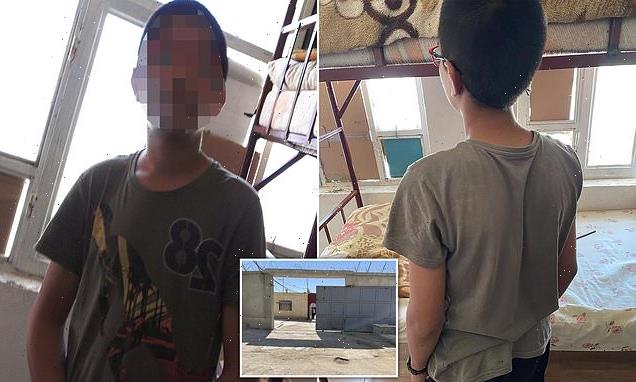 A 13-year-old boy who was taught to use a gun by ISIS fighters aged eight is locked up at a prison for ‘Caliphate Cubs’ and says he wants to come ‘home’ to Britain.

Abdullah, who is a fan of Chelsea and McDonald’s, claims he grew up in London with his family who are originally from Pakistan.

When he was eight, his mother and father took him to live under the Islamic State in Syria, along with his younger sister and two brothers. They are all now dead.

Most of his family were killed at Baghouz, the final stronghold of ISIS which was obliterated by US airstrikes in the last days of the so-called ‘caliphate’ in March, 2019.

He is now being kept at the Kurdish-run Hori Centre, a rehabilitation facility for boys accused of carrying out atrocities on behalf of ISIS, in the northeastern town of Tal Marouf. 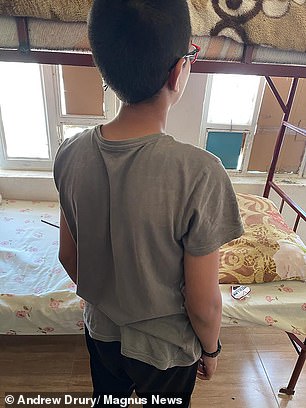 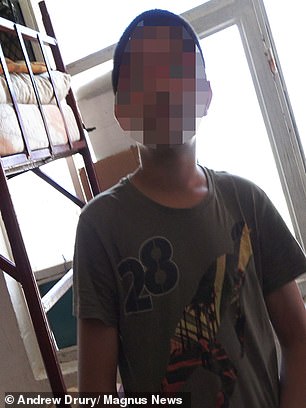 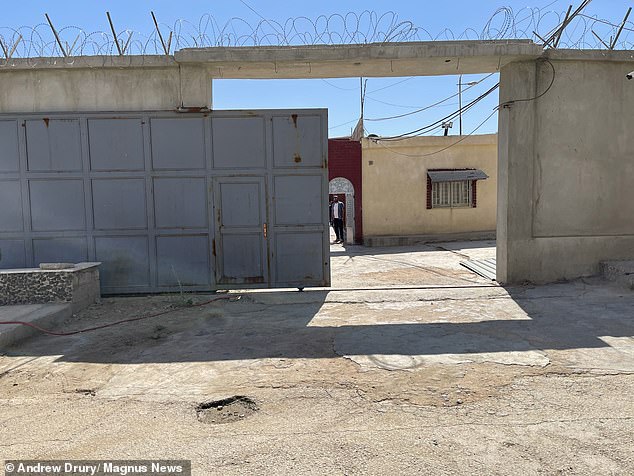 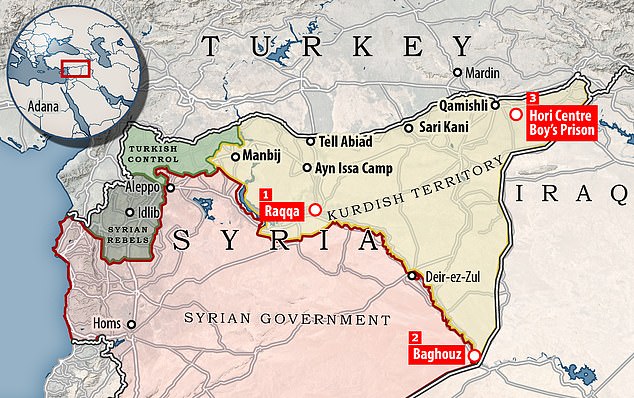 Abdullah first lived in Raqqa before his family, along with the rest of Islamic State, were driven back to the final ISIS stronghold of Baghouz. His family were killed there and he has since been living at the Kurdish-run Hori Centre in northeastern Syria

Abdullah, who speaks good English with a slight accent, said he had been in Syria for less than a year when he was taught how to use an AK-47 assault rifle.

He claims to have never used it, but that ISIS wanted him and other children to do so.

Abdullah is one of scores of children ISIS sought to indoctrinate as ‘Caliphate Cubs’ to further their twisted ideology in a similar model to that used by the Hitler Youth.

He said: ‘The first day I go to school they learn me how to use the weapons.

‘I’m from London, originally from Pakistan but I have a passport for London.

‘I don’t remember (how old I was when I came here), in Baghouz there was a lot of airstrike, and this kind of thing, and I forgot a lot of things.’

So much so, that Abdullah, who likes to draw Japanese-style cartoons, said he does not even know when his own birthday is.

He said: ‘I don’t remember (when my birthday is), before I know, but I forget.

‘In London when I was celebrating my birthday, we were eating cake and this kind of thing. But here we can’t do anything.

‘My older sister got married and that man, I was living with that man, and then he got killed. He was ISIS. 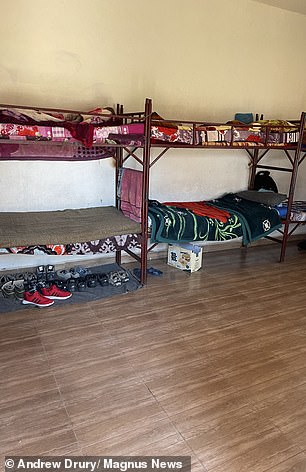 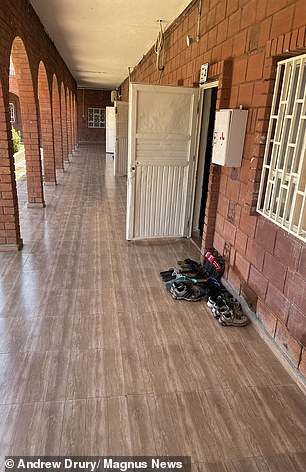 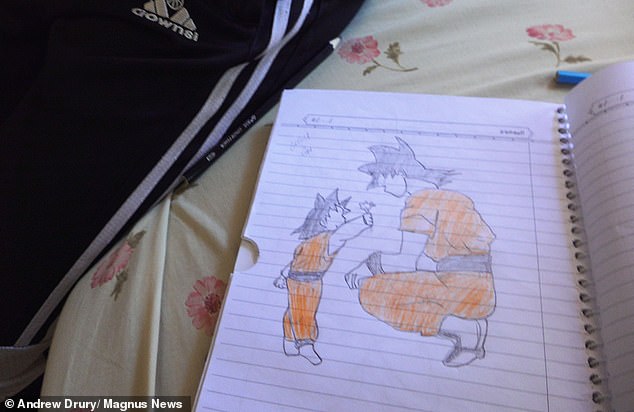 Abdullah, who likes to draw Japanese-style cartoons (pictured), said he does not even know when his own birthday is

‘He got killed and then the first thing, the people told me you’ve got to come out from Baghouz because it’s not a good place for me.

‘They don’t have a future (ISIS) they killed themselves.

‘In Baghouz, I see one man he killed himself (by blowing himself up). I saw snipers, there was a lot of these kind of things.’

Life now for Abdullah consists of nine hours a day locked up in the detention centre where the Kurdish Democratic Union Party (PYD) hope to rehabilitate the youngsters.

But speaking about the UK, the teenager – whose mother is understood to have burned the family passports to show allegiance to ISIS – said he missed computers and fast food.

He said: ‘I want to go (back to) London, London is the best.

‘I have PlayStation and Xbox in London. I like Chelsea. Usually, I like Xbox, and these kind of things, but here we can’t do anything because it’s prison.

‘9pm, they shut the doors, and then they wake us at 6am and we make sport (sic) and then we eat breakfast and after 1pm we eat and then we sit and I talk with my friends. 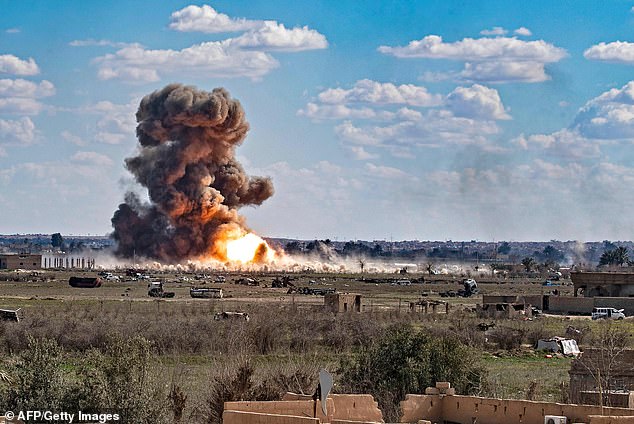 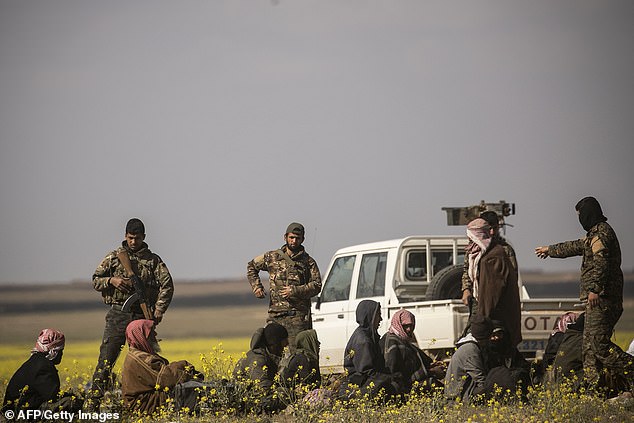 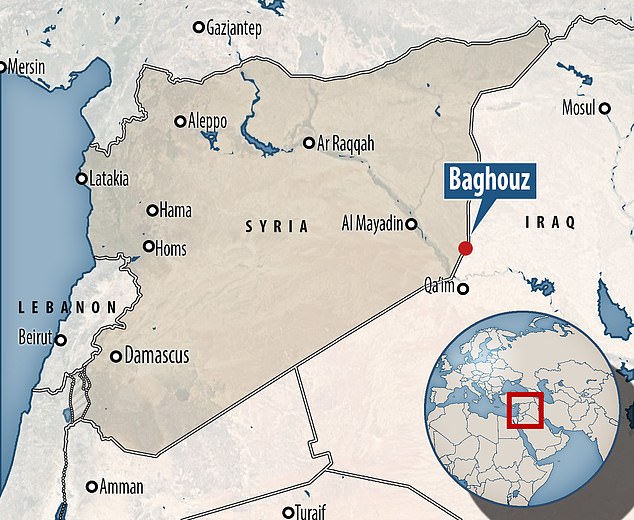 ‘I’m here one-and-a-half year. I was living in Raqqa (Syria) for like one year, it was better than Baghouz, we got house and internet, we have a car. But there was no McDonalds.’

Journalist Andrew Drury travelled to the region and spoke to Abdullah in early June filming for his upcoming movie ‘Danger Zone’.

Andrew, who also interviewed British ISIS bride Shamima Begum on the trip, said the UK government and public need to face up to this issue.

He said: ‘People have seen Shamima and some of them want her to rot, but what do you want for this little boy? Who was only eight years old when he went out there, should he rot too?

‘The female prison officer told me all the children in there have done and seen some very bad things under the ISIS regime, but like Abdullah most of them weren’t even 10 years old before they were asked to hold an AK-47.’