A child has died after being hit by a falling tree in strong winds while another is seriously injured in hospital.

Kent Police received reports midday on Friday of children being injured in a woodland near the town of Sittingborne.

Officers declared one child dead at the scene and the other was airlifted to a London hospital with serious injuries.

The tragedy occurred as a yellow weather warning was in place by the Met Office – with winds of up to 60mph. 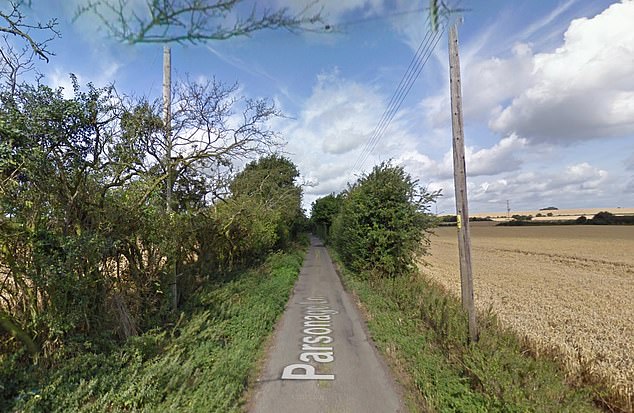 A child has died and another has been left seriously injured after a tree struck them during powerful 60mph winds near the town of Sittingborne, Kent

A dog walker, who regularly passes the scene told KentOnline: ‘It sounds like such a tragedy.

‘I come here for walks a fair bit and have never heard or seen anything like it.

A spokesman said: ‘Kent Police was called at 12.17pm on Friday 21 August 2020 to a report two children had been injured by a falling tree near Parsonage Lane, Bobbing.

‘One child was declared deceased at the scene and another child was airlifted to a London hospital with serious injuries.

‘Kent Police is preparing a report for the coroner.’