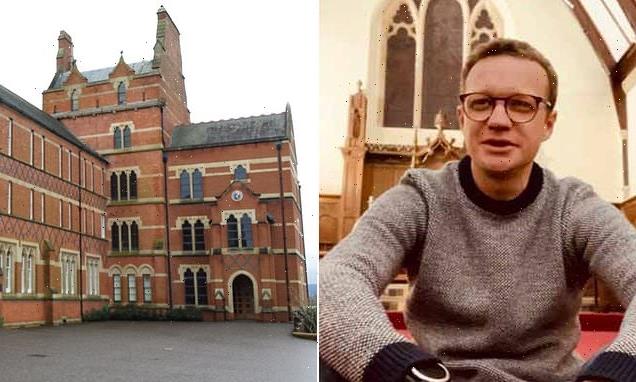 A married chaplain has quit a £14,700-a-year public school following a ‘serious breach’ of its safeguarding policy.

RE teacher Reverend Tom Carson told authorities at Exeter School during the summer holidays that he and a former pupil had committed a breach of the policy and tendered his resignation.

In a statement sent to MailOnline, the school said it is their ‘current understanding that no criminal offence has been committed’.

An independent third-party investigation commissioned by the school did not find ‘evidence of a wider-spread issue and we have no reason to believe that others have been affected’, they added.

The gender of the pupil has not been disclosed.

James Gaisford, the chair of governors, said in a letter to the parents of the independent co-educational school’s 900 pupils: ‘I am sorry to inform you that during the summer holidays, it has been necessary for Reverend Carson to leave Exeter School as he was professionally compromised following a serious breach of the school’s safeguarding policy.

‘Reverend Carson disclosed this breach to the Head at the same time as tendering his resignation, which the school accepted with immediate effect. 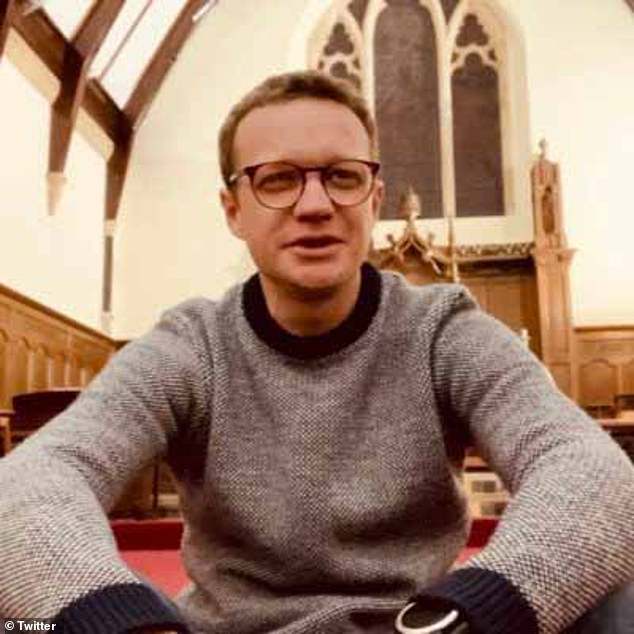 Reverend Tom Carson, who taught RE at Exeter School, told school authorities during the summer holidays he and a former pupil had committed a breach of the policy and tendered his resignation

‘It is our current understanding that no criminal offence has been committed.

‘The breach appears to have been isolated to a single pupil who left the school after completing their A level studies. We are continuing to support the former pupil; their wellbeing and that of their family is our greatest concern.’

Mr Gaisford said the local authority has been told and an investigation has been carried out by an independent third party. The Diocese of Exeter has also been fully informed.

‘You will no doubt be shocked to receive this news and may have many questions, but I am sure you will understand that I am unable to provide further information on such a sensitive matter,’ Mr Gaisford said.

He added that safeguarding and welfare of the school community are at the core of ‘everything we do’ and a review will be made to make improvements to ensure the protection of all pupils.

Reverend Tom, as he was called by the pupils, was appointed in 2015 and was the school’s first full time chaplain. 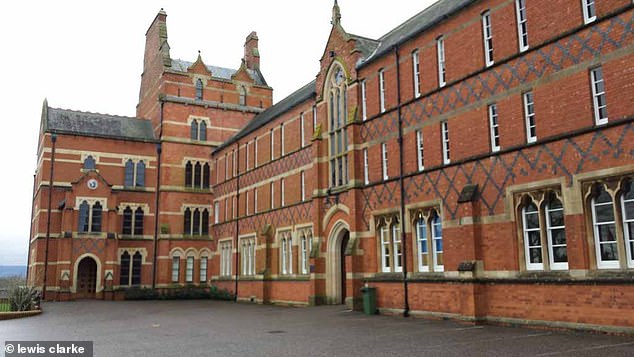 Exeter School said it is their ‘current understanding that no criminal offence has been committed’. An independent third-party investigation commissioned by school authorities did not find ‘evidence of a wider-spread issue’, they added

He taught religious studies to all age groups and had previously been Head of RS at Wallington High School for girls and joined from Mortlake and East Sheen in south west London.

He is married to Marian and they have two children and Mr Gaisford said ‘they will continue to be members of the school and we hope that the extended school community as well as our staff and pupils will respect their privacy at this challenging time for the family’.

In a statement, the school said: ‘During the summer holidays, we were informed of a safeguarding breach that occurred between a member of staff and a former pupil. This disclosure indicated that they were professionally compromised following a serious breach of the school’s safeguarding policy.

‘It is our current understanding that no criminal offence has been committed.

‘This breach was volunteered to us by the member of staff themselves, at the same time as they tendered their resignation. The school accepted their resignation and notified the Local Authority Designated Officer (LADO) immediately.

‘In accordance with both the County Council’s and the school’s safeguarding process, an independent third-party investigation has been commissioned and completed.

‘Safeguarding and the welfare of pupils is at the core of everything we do and we have in place, very strict policies and procedures that staff are required to follow diligently, as their professional Code of Conduct dictates.

‘We wrote to relevant members of the school community to inform them as soon as the investigation was completed, just before the start of term.

‘We will not provide any details about the breach as this is personally identifiable information. However we should stress that to date, the investigation has found no evidence of a wider-spread issue and we have no reason to believe that others have been affected.

‘We are liaising closely with the former pupil and their parents to ensure they are fully supported; their wellbeing is our greatest concern, as is that of our entire pupil, parent and staff community.

‘We take pride in being an open and transparent school and as such we will be keen to learn lessons from this concerning incident. Consequently, the governors will shortly be commissioning an independent third-party review of safeguarding at Exeter School to see what changes are needed in the way we support our pupils and colleagues.’