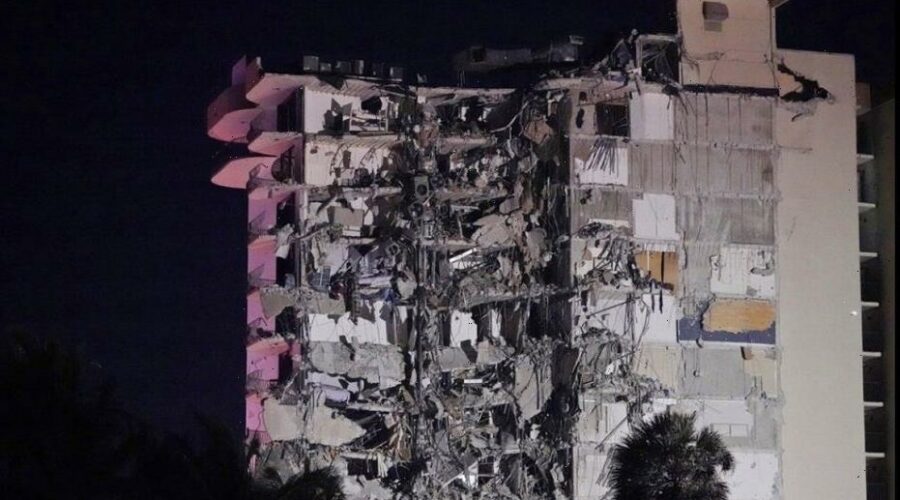 Witness describes Florida building collapse: ‘Something you see out of a movie’

Nicholas Balboa, who witnessed the building collapse in Surfside, FL, recounts finding a 10-year-old buried in the rubble and leading first responders to him.

The total complex, including Champlain Towers East and North, is comprised of 342 apartments. The south building, which is newer, hosted 136 units, which were occupied by full-time residents, families, snowbirds and short-term renters, Miami-Dade County Commissioner Sally Heyman told Fox News.

For that price, the building hosted a number of impressive facilities, including a fitness center, pool, spa, sauna, beach access, a business center and a playground for children. Some apartments had balconies that faced onto the beach as well, and Miami Beach is just a 30-minute drive south.

The condo sits in the heart of what is by all accounts a luxurious neighborhood: The Solara Surfside Hotel stands just next door to the towers, with Veterans Park across the street and the North Beach Oceanside Park stretched out to the south.

The community provides a stark contrast from the bustle and glitz of nearby South Beach with a slower-paced neighborhood feel.

A South Florida-based home insurance inspector – who asked to not be named – told the Miami Herald she had visited the building in February 2020 to inspect impact windows and doors for a client. She said the building was made of reinforced concrete and should not have collapsed the way it did, the Herald reported.

The building was due for a required 40-year inspection.

24/06/2021 World News Comments Off on Champlain Towers in Surfside, Florida: What to know
Markets