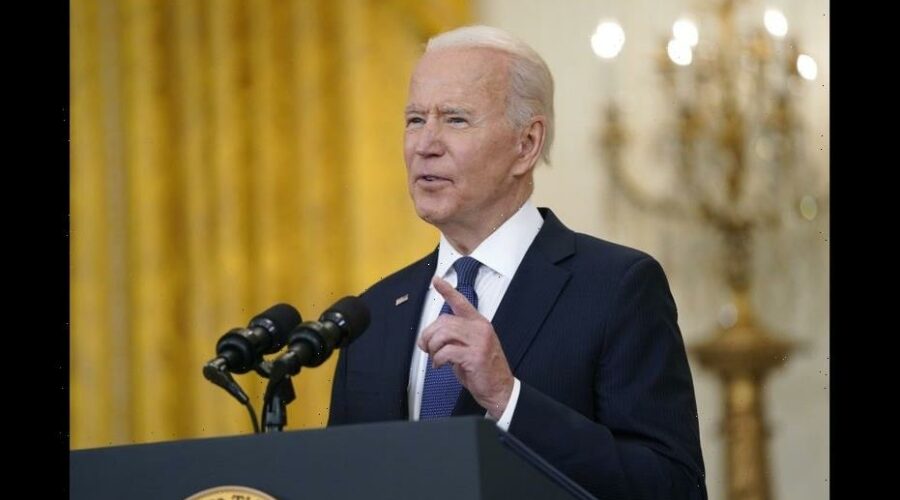 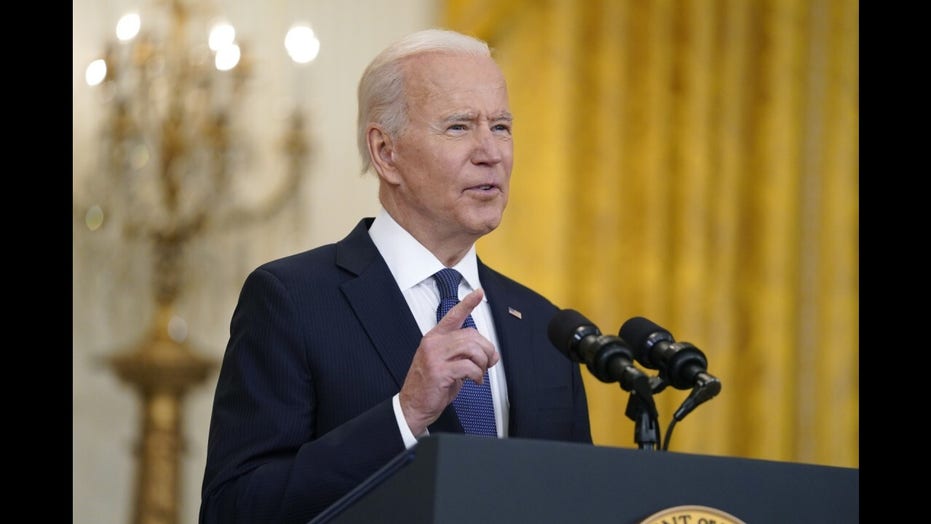 Former White House Director of Domestic Policy Joe Grogan on Texas making progress in fight against COVID-19 after President Biden mocked the governor for being first state to end its mask mandate.

The bedroom where a 4-year-old Dallas boy peacefully slept before he was snatched from his bed and found brutally murdered over the weekend has been largely left untouched, according to the woman who cared for him and his twin brother.

Monica Sherrod, the ex-girlfriend of the children’s father, told the Daily Mail on Tuesday that she hadn’t been inside the room since Darriynn Brown allegedly crept inside and abducted the child in the early Saturday morning hours. A short time later, Brown, 18, came back and stood over Cash’s brother but left after he appeared to become spooked, according to video surveillance in the bedroom.

Cash was found a short time later fatally stabbed on a residential street by a passing jogger. Inside the room, toys are still scattered on the floor and the bed the pair slept on remained unmade.

“I haven’t touched a thing,” Sherrod told the news outlet. “It’s exactly the same as when Cash was last in here. I haven’t been able to do this until now. It’s breaking my heart, but I know I have to confront this.”

In a wide-ranging interview, she described Cash as outspoken and a leader.

“Cash was the one that was brave enough to follow through with everything,” she said.

The boys are the sons of Sherrod’s former boyfriend, who fled the home in March amid legal issues. They had been living in her home since February, she said.

“I loved those boys,” she said. “They were not even my biological boys. I brought them into my home. I had made this room for them.”

The pair slept in a room in the back of the house, Sherrod said, adding that she didn’t hear Brown enter the home the morning Cash was taken. Surveillance footage shows Brown creeping into the room just before 5 a.m. and hoovering over the bed in which the pair slept peacefully. He grabbed Cash, who is awoken, and leaves the room.

Around 7:30 a.m., Brown shows up in the bedroom again and appears to stand over Cash’s brother before fleeing. The boy was left unharmed and is in the custody of his mother.

Sherrod retraced Brown’s steps to show how he broke into the home. The back door leading to the garage of the home was damaged, she said. From there, Brown possibly made his way to the bedroom, which is away from the rest of the home and Sherrod’s other four children. 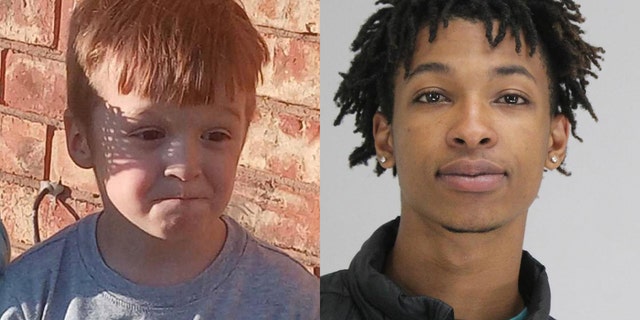 Cash Gernon, 4, was snatched from his bed and brutally stabbed to death over the weekend. Darriynn Brown, 18, right, is facing charges connected to the kidnapping.
(Kamron Mori/Dallas County Jail)

“I’m wondering why we didn’t hear him break in,” she said. “The day that he was missing, I got up late and thought it was weird. I was like, ‘It’s 10 o’clock already, you guys.’ So I figured Cash was still in bed.”

Cash’s brother replied: “He went outside,” she said.

She then screamed: “Cash, if you’re hiding from mommy it’s not funny anymore. Come out it’s time for breakfast. He wouldn’t answer.”

As reports of a body being discovered a half-mile away began to circulate, Sherrod said she refused to believe it was her toddler.

“I was crying and confused and in a million pieces and praying they would still find Cash and that that little boy wasn’t Cash,” she said. “I kept telling my daughter, that’s not Cash.”

The jogger who found Cash, Antwainese Square, 39, told the Daily Mail, she initially thought she stumbled upon a dog before taking a closer look and calling 911.

“He was only wearing a pair of bottoms, shorts,” Square said. “I just keep remembering those ants at the bottom of that baby’s feet.”

Brown was an acquaintance of one of her sons and had visited the home two days earlier and interacted with Cash, which angered her, she said. She also disputed claims that the boys’ biological mother had made efforts to search for them after their father disappeared.

On Monday, Sherrod and her parents visited a makeshift shrine for the boy where they laid down a toy dinosaur.

“It was his favorite toy. He loved that toy,” she said. “He had a bunch of cars and put them around the dinosaur and said ‘look mom I made a monster truck.’”

20/05/2021 World News Comments Off on Caretaker of Texas boy snatched while sleeping has left bedroom untouched: 'I know I have to confront this'
Markets