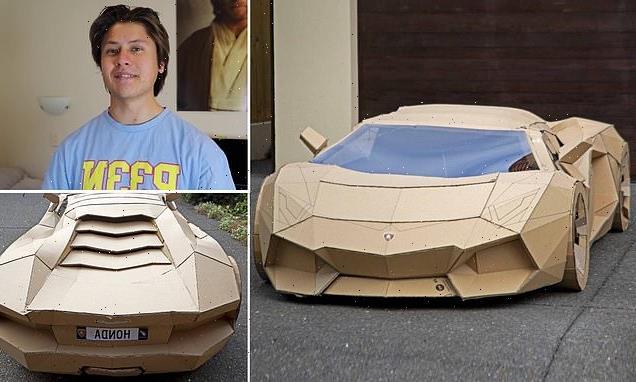 Lamborghini made of CARDBOARD sells for $10,000 after being made by a creative Kiwi YouTuber – and it can actually be driven

A homemade cardboard Lamborghini made by a Kiwi YouTube star has sold for more than $10,000 with all proceeds going to charity.

YouTuber David Jones sold the cardboard Lamborghini Aventador for $10,420 on Tuesday night with the money going to Starship Children’s Hospital in Auckland.

The young YouTuber designed the ‘Cardborghini Aventapoor’ off a miniature paper model he found online – and simply made it 5.6 times bigger.

The cardboard vehicle measured 1.65m wide and 3.78m in length.

Mr Jones said the Starship Children’s Hospital was an obvious choice after he had spent time at Starship as a 14-year-old when he underwent cancer treatment. 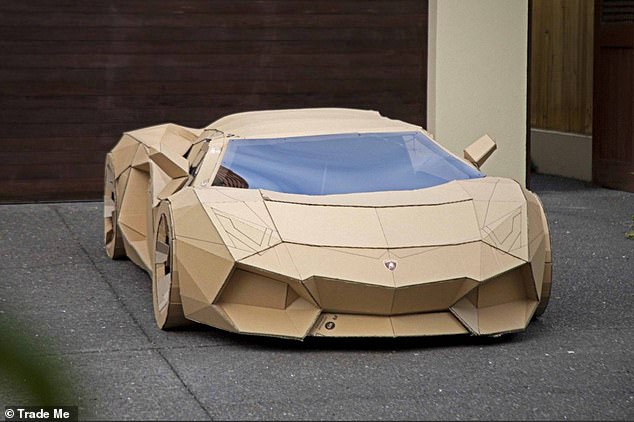 The Cardborghini Adventapoor sold for over $10,000 with the proceeds going to Starship Children’s Hospital 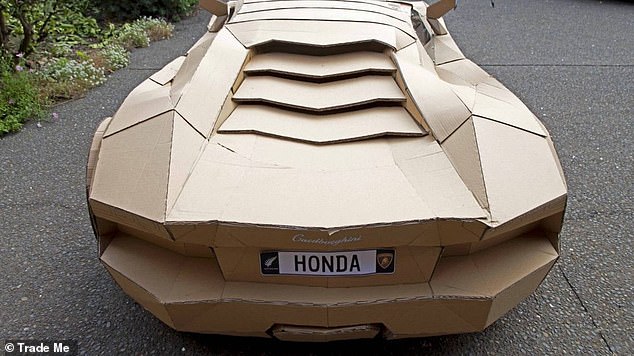 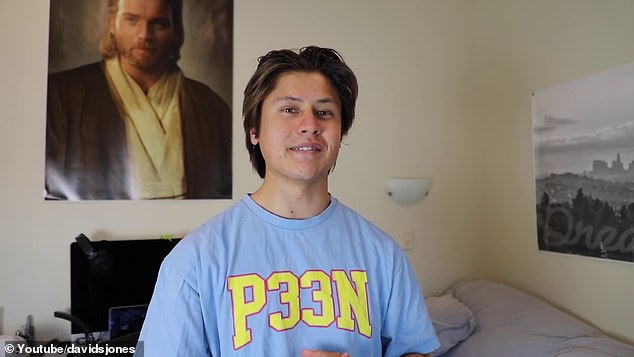 ‘They were the coolest people and they really looked after me, so when I decided what I was going to do I didn’t have any other charity cross my mind,’ Mr Jones told Stuff.co.nz.

Mr Jones said the Cardborghini idea came after drove he a Lamborghini in Los Angeles but said nobody would rent one to him leaving him with only one option.

‘I can’t afford to buy one and nobody will rent a Lambo to a 22-year-old so I’m stuck with one option… I need to make my own,’ he wrote in the video description.

The Cardborghini came together over two and a half weeks in two different stages, first the cardboard body took a week, then the driving skeleton took a week and a half. 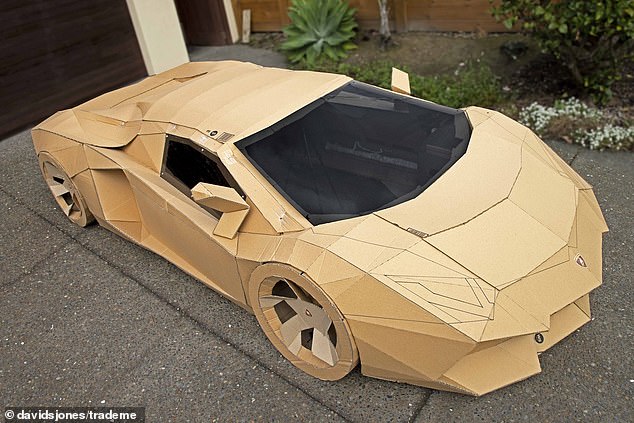 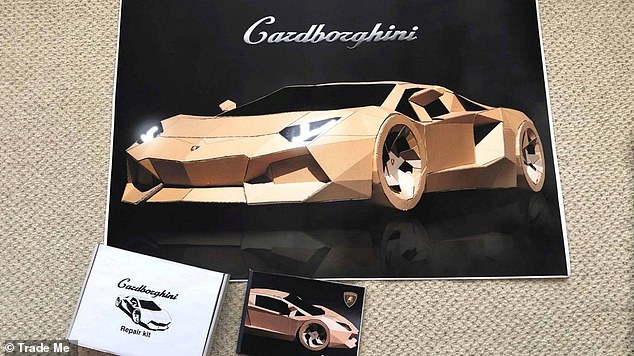 The YouTuber built the cardborghini from a minature paper model he found by enlarging it 5.6 times 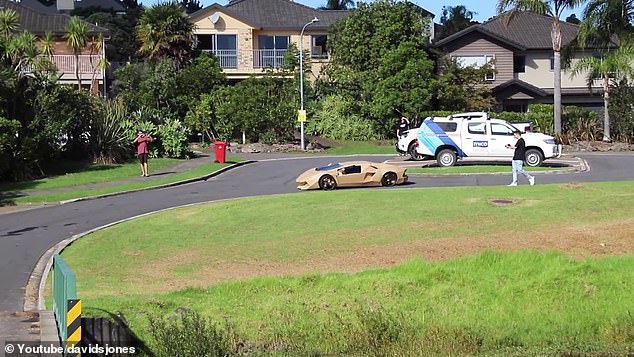 Mr Jones admitted that he was only expecting it to fetch around $50.

But 132 bids later the car it was sold to a buyer in Christchurch with Mr Jones admitting he wasn’t sure how the Cardborghini would be transported from his Hibiscus Coast home.

Mr Jones’ video documenting the project has been viewed over a million time and viewers were seriously impressed by the Kiwi’s.

‘It’s the best thing I’ve ever seen in my whole life,’ an enthusiastic viewer wrote.

‘This is the coolest thing I’ve ever seen, also I have never seen a car get speed wobbles props to you for this,’ added a third.

The video did attract some skeptics who worried about the Carboghini’s durability in wet weather.

‘Epic but when it rains you’ll be sitting on a load of paper,’ one commented.

‘It’s all fun and games until it starts raining,’ another added. 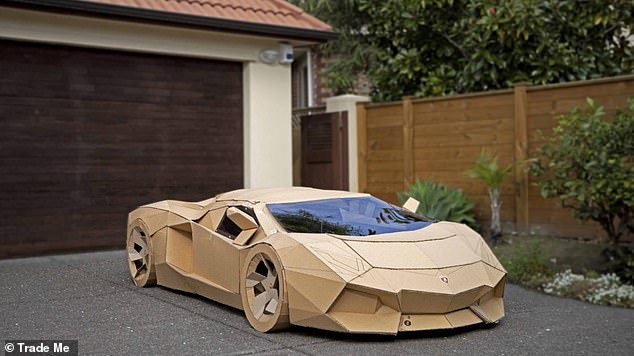 The lucky bidder who bought the cardboard Lamborghini paid $10,420 for it – despite its maker predicting it would only make around $50

28/05/2021 World News Comments Off on CARDBOARD Lamborghini made by creative Kiwi sells for $10,000
Markets