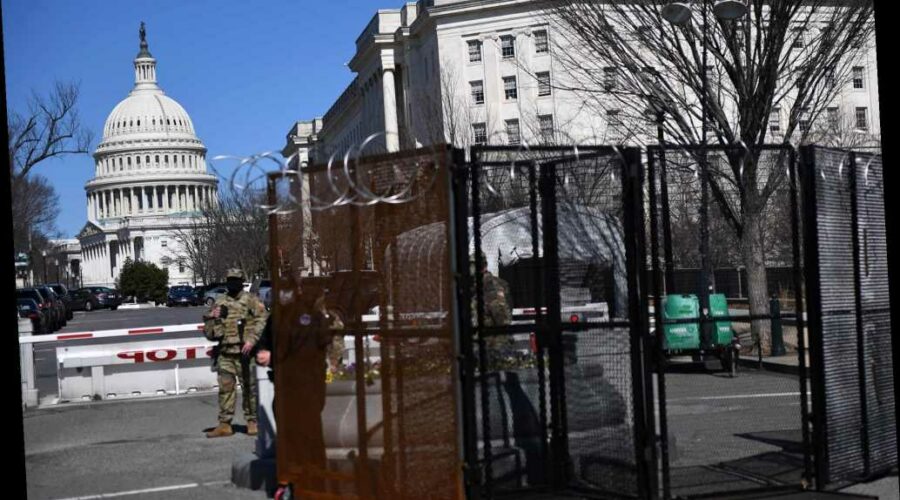 Capitol riot could serve as inspiration for terrorism: experts

Capitol Police bolster security due to ‘concerning’ intel about another riot

The Capitol Police is increasing security in an effort to thwart a potential attack Thursday by “an identified militia group,” the department revealed Wednesday.

In a statement, the department said it was “aware of and prepared for any potential threats towards members of Congress or towards the Capitol complex.”

“We have obtained intelligence that shows a possible plot to breach the Capitol by an identified militia group on Thursday, March 4,” the statement said, “We have already made significant security upgrades to include establishing a physical structure and increasing manpower to ensure the protection of Congress, the public and our police officers.”

The department added that it was working with local, state and federal law enforcement partners to “stop any threats to the Capitol.”

While the department said it could not go into more detail, it appears the March 4 plot in question relates to a theory by followers of QAnon that former President Donald Trump would actually take the oath of office on that day.

March 4 was the original Inauguration Day before the passage of the 20th Amendment in 1932.

Last month, Capitol Police requested that 4,900 troops remain in the nation’s capital until at least March 12, which would cover the notable date in terms of extremist threats.

That request, which was approved, was made amid concerns followers of Q planned to act on the theory in the form of another attack of some sort.

Wednesday’s statement from the department also comes in the midst of weeks of congressional hearings into the Jan. 6 Capitol siege.

Last week, Congress heard from the acting Capitol Police chief and the acting House sergeant-at-arms, as well as their predecessors who resigned in the wake of the riot.

During the acting officials’ testimony, acting Capitol Police Chief Yogananda Pittman revealed that intelligence agencies have uncovered threats from far-right extremists to “blow up” the US Capitol when Biden delivers his first joint address to both houses of Congress.

“We know that members of the militia groups that were present on Jan. 6 have stated their desires that they want to blow up the Capitol and kill as many members as possible with a direct nexus to the State of the Union,” Pittman said, noting that the date for the address had not yet been set.

The Capitol complex has been under the protection of thousands of National Guard troops, as well as fencing around the entire campus, since the riot occurred.

It is not clear what additional reinforcements the Capitol Police took up in the wake of the March 4 threat.