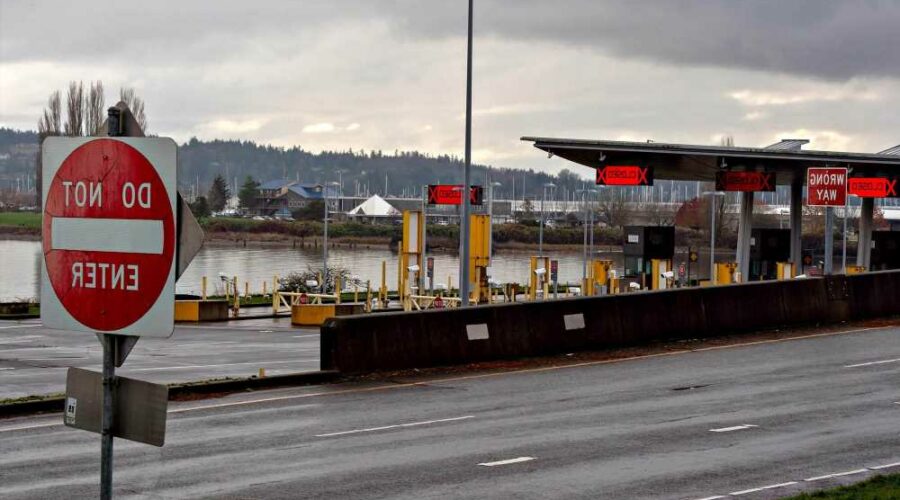 The Department of Homeland Security on Thursday extended its travel restrictions between the US and Canada to Aug. 21 — following the announcement by Canadian Prime Minister Justin Trudeau that the border would reopen to fully vaccinated Americans on Aug. 9.

“Given the outbreak and continued transmission and spread of COVID-19 within the United States and globally, the Secretary has determined that the risk of continued transmission and spread of the virus associated with COVID-19 between the United States and Canada poses an ongoing ‘specific threat to human life or national interests,’” according to the notification posted to the Federal Register.

DHS Secretary Alejandro Mayorkas said in the announcement that the extended restrictions are “temporary” and will remain in effect until 11:59 p.m. Aug. 21.

The border has been shut down to all non-essential travel since the initial COVID-19 outbreak in March 2020.

Trudeau’s announcement — just three days ago — that the border would reopen was welcomed by New York Gov. Andrew Cuomo, who on Monday called it “a significant step in our state and nation’s recovery.”

Canada planned to reopen its borders to the rest of the world on Sept. 7.

“For months now people and businesses along the border have been strung along month after month holding out hope for the border to reopen. Today’s decision by the Biden administration harms economic recovery and hurts families all across America’s northern border; this is completely unnecessary,” Higgins said in a press release Wednesday.

“While the United States does nothing, loved ones remain separated and communities whose economies rely on the cross-border exchange continue to suffer economically,” Higgins said.

“Continuation of this shutdown is illogical given the success of vaccines and counterproductive, putting the United States at a disadvantage given Canada’s decision to welcome back vaccinated Americans effective August 9th.”

Senate Majority Leader Chuck Schumer (D-NY) said the US is “failing to reciprocate” the efforts Canada has made to reopen the border.

“As Canada prepares to further open the border next month, the United States is failing to reciprocate, jeopardizing an already tenuous recovery for thousands of businesses, families, and communities across Upstate New York,” he said in a statement Wednesday.

“It is critical for the United States to level the playing field and create a uniform system, following the science and data, to safely — and finally — reopen the border for those vaccinated …”