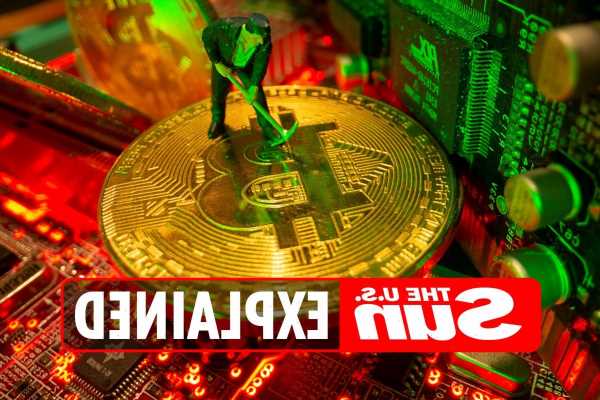 About 70 per cent of the Central American country's population does not have a bank account and works in the informal economy. 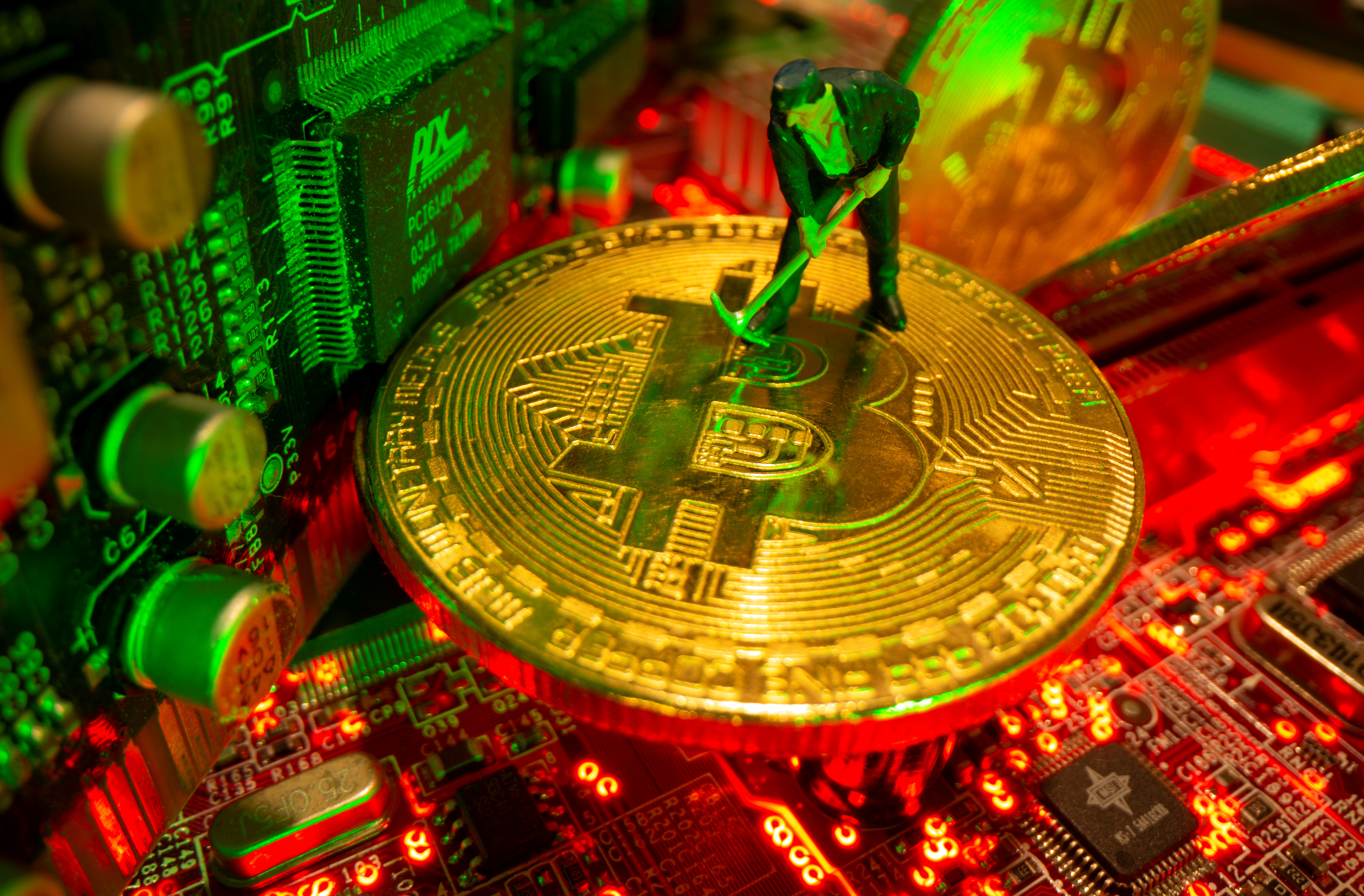 Can you use Bitcoin in El Salvador?

The US dollar is El Salvador's official currency.

But, people are already using Bitcoin.

Forbes explains that "an anonymous donor with a fondness for El Zonte discovered a forgotten thumb drive loaded with Bitcoin".

In 2019, this beach-loving philanthropist decided to allocate a multi-year six-figure donation to El Zonte.

Dubbed the 'Bitcoin Beach initiative', a localized Bitcoin economy was created in El Zonte, with most businesses now accepting Bitcoin in daily transactions.

About 500 locals use the cryptocurrency to buy everything from haircuts, cleaning and hygiene products, to food, surf lessons, and even water service.

BITCOIN got you baffled? Here’s what you need to know:

Elzontelindo.com explains: "Bitcoin use is open to everyone, and nobody has to worry whether a bank will accept them as a client or take advantage of them because they don’t have any other option.

"We believe that Bitcoin will be the people’s money and make being 'unbanked' a thing of the past."

This is because El Salvador is a largely cash economy, where roughly 70 per cent of people don't have bank accounts or credit cards, explains CNBC News.

About one quarter of El Salvador's citizens live in the US and last year, despite the pandemic, they sent home more than $6billion in remittances.

When migrants send home part of their earnings in the form of either cash or goods to support their families, these transfers are known as workers’ or migrant remittances.

They have been growing rapidly in the past few years and now represent the largest source of foreign income for many developing economies, explains the International Monetary Fund.

The problem with remittances is that fees are attached – which must be paid to a sending agent (paid by the sender), and upon converting currency.

At Bitcoin Beach, however, the community has adopted a Bitcoin Standard.

This allows small businesses – not large enough to accept credit cards – to have access to instant mobile payments for everything from room reservations to a cup of coffee.

The idea is to roll out something similar on a much larger scale, countrywide. 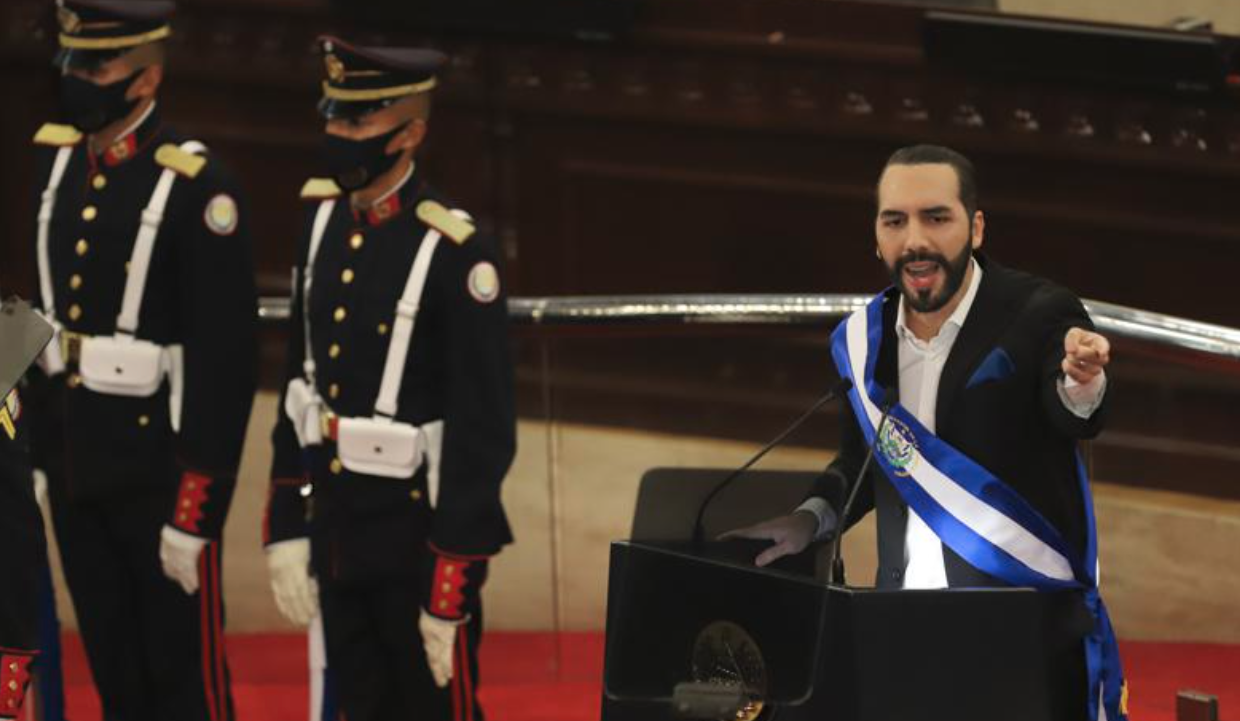 El Salvador President Nayib Bukele told a Bitcoin conference in Miami that he will ask the country's congress to back legislation that would make the cryptocurrency legal tender in the Central American nation.

The leader, 39, said: "Next week I will send to Congress a bill that will make Bitcoin a legal tender in El Salvador."

Bukele said that Bitcoin represented "the fastest growing way to transfer" billions of dollars in remittances and to prevent millions from being lost to intermediaries.

"Thanks to the use of Bitcoin, the amount received by more than a million low-income families increases by several billion dollars every year.

"This improves life and the future of millions of people," he added. 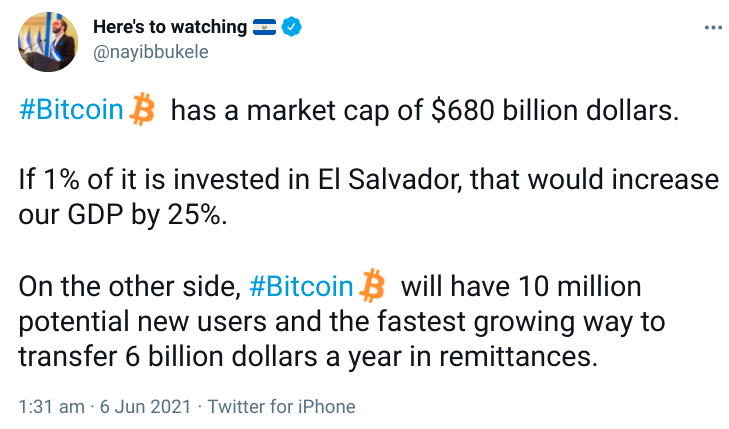 CNBC reported that that El Salvador has already organized "a team of Bitcoin leaders to help build a new financial ecosystem with Bitcoin as the base layer".

Bukele’s New Ideas party has control over the country’s Legislative Assembly, so passage of the bill is very likely, the broadcaster added.

“It was an inevitability, but here already: the first country on track to make Bitcoin legal tender,” said Adam Back, CEO of Blockstream.

Stephen McKeon, a finance professor at the University of Oregon who studies cryptocurrencies, said Bitcoin is legal to own in most countries.

But it has never been designated as legal tender, which would mean it could be used to to settle financial obligations, including taxes.

The cryptocurrency market spiked to more than $2.5 trillion in mid-May 2020, according to the Coinmarketcap page, driven by interest from increasingly serious investors from Wall Street to Silicon Valley.

But the volatility of Bitcoin, and its murky legal status, has raised questions about whether it could ever replace fiat (government-issued) currency in day-to-day transactions.

The risks of trading cryptocurrencies are mainly related to its volatility

They are high-risk and speculative, and it is important that you understand the risks before you start trading, warns CMC Markets. It adds:

07/06/2021 World News Comments Off on Can you use Bitcoin in El Salvador?
Markets 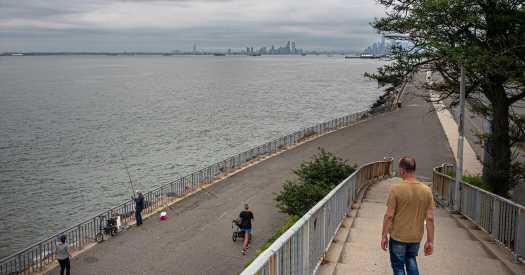