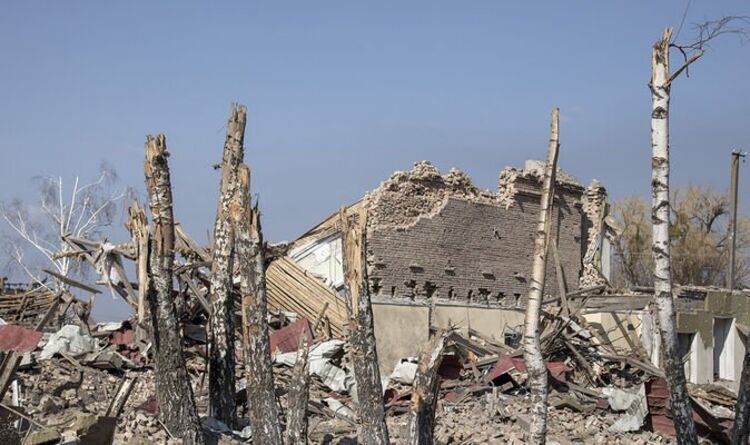 Russia may 'fight war on own terms' in Spring warns expert

Ukraine has so far been able to fend off the Russian Army’s offensive despite the heavy shelling aimed at Kyiv, Kharkiv, and Mariupol. Russia has seen its military prowess questioned after failing to make significant advances in the month since the start of the invasion. But former army officer Patrick Benham-Crosswell warned the warmer season could help Vladimir Putin turn his fortunes around.

“The Ukrainians have got their territory, they are fighting ferociously.

“If they carry on fighting ferociously, it makes it very hard for the Russians.

“The Russians seem to be continuing to attack heavily, particularly in Mariupol, because that’s important as part of their land bridge onto Crimea.”

He continued: “Elsewhere, they seem to be digging in and withdrawing some troops.

“I think that they’re withdrawing them to re-equip them, to re-organise them so that, come the spring, or come the hard ground, they can fight the war on their terms.

“What they’re doing at the moment is fighting largely on Ukrainian terms.

“No soldier wants to go and capture a city because it’s miserable.”

Ms Malyar said Russian soldiers were trying to reinforce positions they already hold and were trying to break through the defences of Kyiv but had no hope of capturing the capital.

She said: “As of today, the enemy is regrouping its forces, but they cannot advance anywhere in Ukraine.”

As peace talks resumed on Monday, Ukrainian President Volodymyr Zelensky has insisted on the territorial integrity of his country after earlier suggesting he was ready for a compromise.

The President said his government would prioritise the “territorial integrity” of Ukraine.

But in comments made to Russian journalists earlier in the day, Mr Zelensky adopted a different tone, saying Ukraine was willing to assume neutral status and compromise over the status of the eastern Donbas region as part of a peace deal.

In a video call that the Kremlin pre-emptively warned Russian media not to report, President Zelenskiy said any agreement must be guaranteed by third parties and put to a referendum.