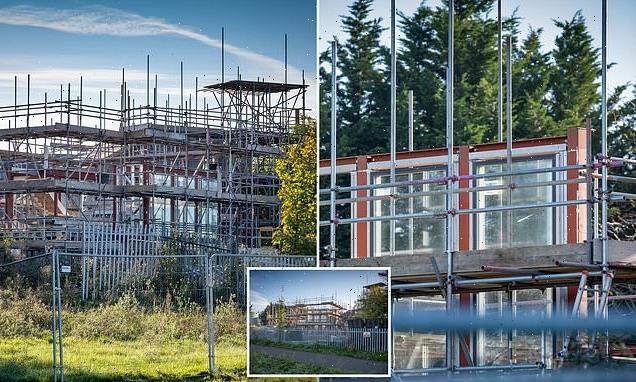 Three high-tech £600,000 ‘super-homes’ with AI security and heating are set to be DEMOLISHED after building standards declared them unsafe

Three high-tech £600,000 ‘super-homes’ which have AI security and heating are set to be demolished after building standards declared them unsafe.

The stylish, upmarket and ultra-modern Cambridge homes were to have artificial intelligence to control heating, lighting and security.

Inspectors said steel frames on the partially-built homes which were in a small development called ‘Cityglades’ failed building standards and they deemed them unsafe.

Demolition of the three detached homes will soon be underway and they will be rebuilt by a new contractor. 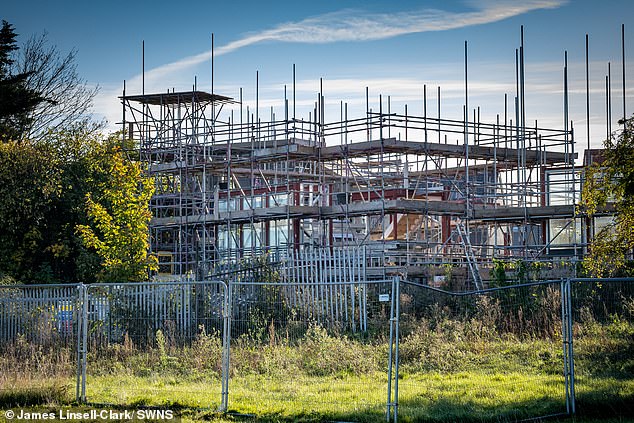 Inspectors said steel frames on the partially-built homes which were in a small development called ‘Cityglade’ failed building standards and they deemed them unsafe. Pictured: One of the Cambridge homes set for demolition

Prospective buyers are now facing months of delays- though the original contractors strongly dispute the condemnation of their building work.

Mr Lewis said: ‘A number of issues relating to the steel frames of three homes were identified during construction.

‘This Land Limited has undertaken enquiries into those issues, including commissioning independent chartered surveys.

‘As a result of these investigations, This Land Limited has reached the decision that the steel frames do not meet its quality standards and it has therefore concluded that they will need to be rebuilt.

‘The contractor who designed and built the steel frames on the three houses has had its contract terminated and this is now the subject of legal proceedings.’

The homes were part of a county council-led development consisting of 14 houses which had two, three and four-bed properties.

Cityglades homes are described as ‘truly unique’ in a promotional brochure which says they will feature artificial intelligence to control heating, lighting and security.

Steel frame issues did not affected the other 11 homes.

Mr Lewis declined to share the cost of the rebuild and said This Land was looking for a new contractor to rebuild the homes ‘in due course.’ 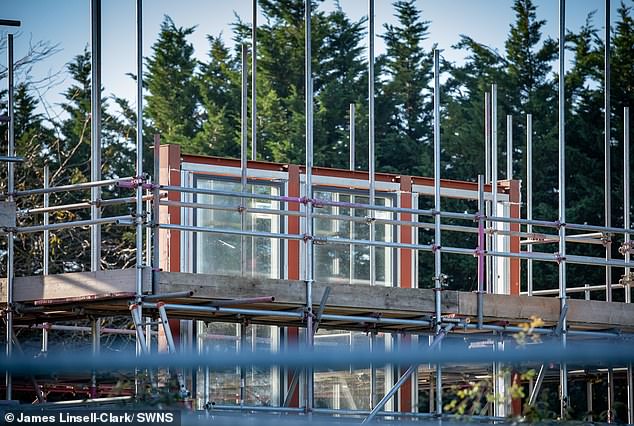 The homes were part of a county council-led development consisting of 14 houses which had two, three and four-bed properties. Pictured: One of the riverside homes up close

Contractors from Hadham Construction, which built and installed steel frames for three of the homes, denied any wrongdoing.

A spokesperson for the firm, which was established in 2013, claimed that it was owed £250,000 for the work and said that it will challenge Cambridgeshire County Council in pending legal proceedings.

They said: ‘There have been two independent investigations into the structure and installation of these three houses and both have stated that the houses are perfectly capable of completion by HCL to the required standard to obtain full warranties.

‘Various approaches have been made to This Land Ltd but no response has been received whether to company letters or solicitor’s letters.’